This year, the Ludwig Biermann Prize of the German Astronomical Society (AG) will be awarded to Dr. Karin Lind from the Max Planck Institute for Astronomy (MPIA) in Heidelberg. With the prize, the AG honors outstanding researchers early in their career. Karin Lind convinced the reviewers with her fundamental and outstanding achievements in the field of theoretical modeling of stellar spectra.

Astronomers are fond putting a twist on the well-known idiom that a picture says more than 1000 words, by asserting that a spectrum says more than 1000 pictures...
And there is some truth in it. Although astronomical images provide us with an immediate and often aesthetic impression of structures and objects in the universe, and astronomers also developed advanced methods to analyze such images – it is usually the spectral analysis of astronomical sources that provides us with deeper physical insights of their nature. The dispersion of light in a high-resolution spectrograph reveals spectral lines that are like fingerprints of the objects, telling us for example about their temperature or chemical element composition. But a correct interpretation of such spectral features needs a rigorous physical model prediction to be compared to the observations.

And this is the research field, where Dr. Karin Lind accomplished exceptional progress. Primarily, Karin Lind explores the origin of the chemical elements at early epochs in the universe by analyzing spectra of some of the oldest stars. While the light chemical elements such as hydrogen formed immediately after the Big Bang, the nuclear fusion of stars and stellar explosions (supernovae) are responsible for the synthesis of almost all other elements. Only the knowledge about element abundances in the early phase of the universe allows the exploration of the physics of the first stars and the Big Bang.

"Karin Lind achieves this from the spectral analysis of the surfaces of the oldest stars by developing and applying the world's best physical models for the spectra of such stars" explains Prof. Dr. Matthias Steinmetz, president of the German Astronomical Society. "The comparison of those models to observed stellar spectra allows her the determination of the elemental abundances with an unprecedented accuracy."

With that, Dr. Karin Lind in particular solved a long-standing contradiction: the abundance of the so-called light lithium seemed not to fit predictions of the Big Bang. But her modeling revised the observed abundances of this element in old stars and showed that the predictions were correct.

Karin Lind studied astrophysics at the University of Uppsala, was working also in Garching/Munich at ESO and the Max Planck Institute for Astrophysics, as well as at Cambridge University. She was awarded in 2014 with a Marie Curie Fellowship and received the prestigious Sofia Kovalevskaja-Prize from the Humboldt Foundation in 2015. Currently, she heads a research group at the Max Planck Institute for Astronomy in Heidelberg. The German Astronomical Society awards the Ludwig Biermann Prize (named the after the German astronomer, 1907-1986) to Karin Lind on Tuesday, September 13, 2016 during the opening ceremony of the annual meeting of the AG in Bochum (September 12 to 16, see http://ag2016.de) 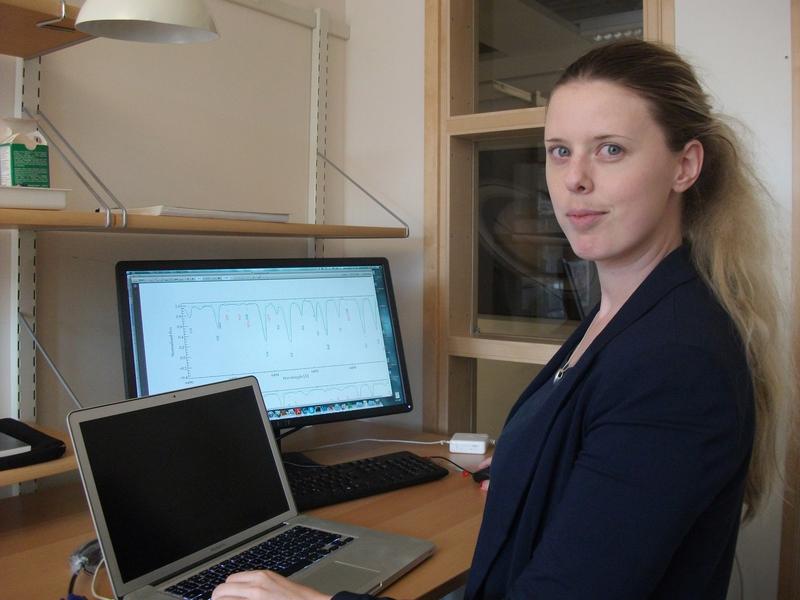