The German Astronomical Society (AG) grants its 2016 thesis award to Dr. Nicole Reindl from the Department of Physics and Astronomy at the University of Leicester (UK). The AG honors her outstanding thesis work entitled "Spectroscopic Analysis of hot (pre-) White Dwarfs" which she wrote at the Institute of Astronomy and Astrophysics at the University of Tübingen.

White Dwarfs are among the most remarkable objects in the universe. Because a White Dwarf concentrates its mass, which is comparable to that of the Sun, in a much smaller volume - comparable to that of the Earth - and a thimbleful of matter take from a White Dwarf’s surface has about the weight of a railroad engine. Such an extreme state marks the end of the evolution of a low mass star. Also our Sun will meet this fate in a few billion years. As long as a star converts its hydrogen into helium by means of nuclear fusion, its configuration is stable. Outward directed pressure balances the gravitational pull exerted by its own mass - the Sun neither expands nor collapses. But eventually, at the end of a star's life it becomes unstable and gravity “wins” resulting in the formation of a compact object. White dwarfs are the final state for low mass stars, while more massive stars end up in an even denser neutron star if not in a black hole.

In her thesis, Dr. Reindl investigated the late phase of stellar evolution just before the formation of a White dwarf. She performed extensive spectral analyzes in order to determine the properties of many stars and subsequently compares these finding with the predictions of theoretical stellar evolution models. She also explored exotic objects such as the central star of a planetary nebula (the “Stingray Nebula”), which dramatically changed its properties within only a few years. For this object, Dr. Reindl successfully competed for observing time at the Hubble Space Telescope. Another example are the so-called O(He)-stars with their helium-dominated atmospheres (contrary to the usual hydrogen-dominated counterparts). Nicole Reindl was able to exclude various earlier hypotheses on the origin and nature of such stars and comes to a conclusion which sees these objects as the result of a merger of two white dwarfs.

"The work of Dr. Reindl provides important evidence that close binary systems play a by far more important role in stellar evolution than previously thought. Hence, her thesis is a very important contribution in this area of research", says the president of the German Astronomical Society, Prof. Dr. Matthias Steinmetz. 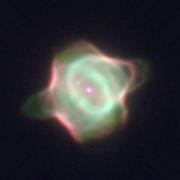 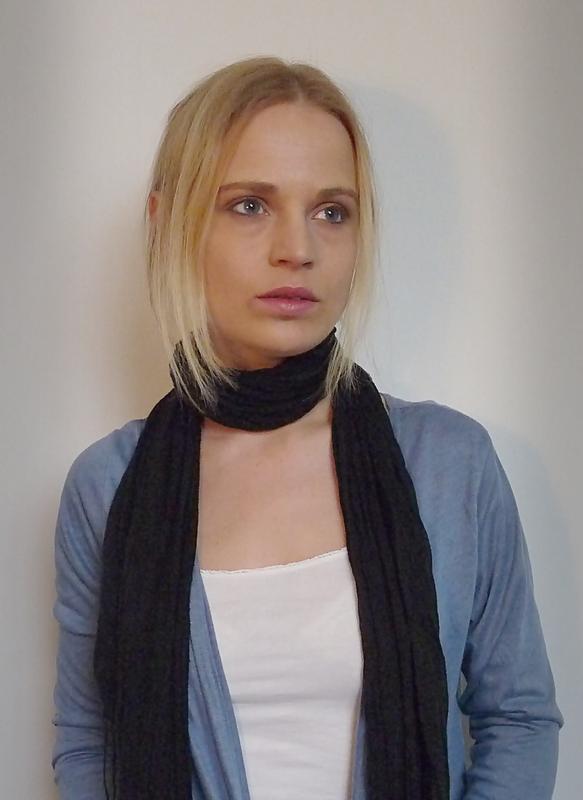 Hubble Space Telescope image of the “Stingray Nebula” (Hen-1357) with its central star. 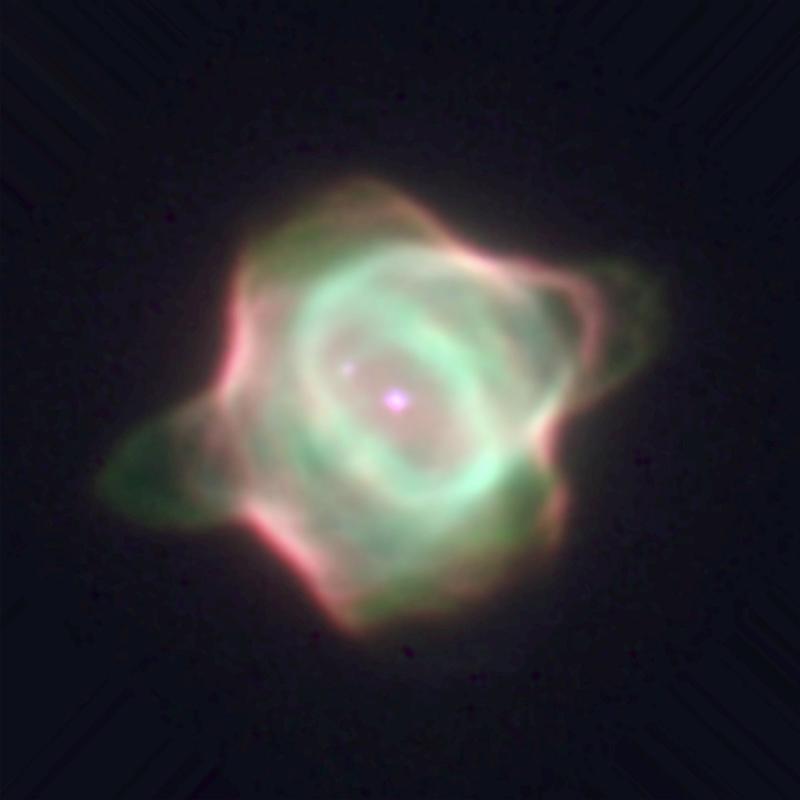