OSNABRUECK. Osnabrueck cognitive scientists and their students are developing new and intelligent expert systems, which help to effectively utilize the flood of daily information in everyday life. To enable working with large amounts of data, the Institute of Cognitive Science at Osnabrück University has engaged in a cooperation with the global corporation IBM, and will be able to access the IBM computer »Watson« for its research project on computer-aided intelligence. Osnabrück is among the first European universities to not only use IBM’s computer system »Watson«, but also to further develop it.

The Osnabrueck research team, headed by Prof. Dr. Gordon Pipa and Prof. Dr. Kai-Uwe Kuehnberger, is using their new intelligent system for predicting flu epidemics based on Twitter data. For the analysis, the scientists use the approximately 500 million tweets, transmitted daily worldwide. »Being a cognitive system, Watson is representing a new generation of search engines«, says Pipa. »Watson understands the content of news and extends the bounds of searches using keywords.«

The Osnabrueck Master’s students, Pascal Nieters and Henrik Berkemeyer, discussed and further developed their first research results at IBM Mass Lab in US Massachusetts, together with Watson developers. »In conjunction with Watson, and within only six months, our students have been able to implement a project which is commercially relevant and which has led to great enthusiasm at IBM«, as reported by the Osnabrueck cognitive scientist Prof. Pipa. This project highlights two things: first, the power of IBM Watson and Bluemix services, and second, the excellence of research and teaching at the Institute of Cognitive Science in Osnabrück in the league of the top international universities.

In addition to the implementation in research, the team will use Watson to familiarize students with cognitive computing. Students will learn to use technologies at the interface between computer science and linguistics, in order to develop their own implementations. »It is essentially about statistically modeling the meaning of speech expressions for the automatic analysis of dependencies between our questions and the abundance of knowledge found in the internet«, explains Pipa. »Machines are becoming intelligent and can automatically read and understand vast amounts of text, in order to direct us to those sources in the internet containing answers to our questions.«

In reference to Twitter data and flu epidemics, this means that it makes a difference whether someone twitters that he is going to be vaccinated against flu or whether he writes that he already has flu symptoms. To recognize this difference, Watson must understand the sentence. »This enables us to predict the development of flu epidemics«, according to the Osnabrueck scientist.

»Cognitive science represents the interdisciplinary spirit of Osnabrück University and is a key component of our international visibility. Cognitive computing is a new, highly relevant and promising field of research«, says Prof. Dr. Wolfgang Luecke, president at Osnabrück University.

The Institute of Cognitive Science at Osnabrück University has engaged in a cooperation with IBM, and will be able to access the computer »Watson« for its research projects. 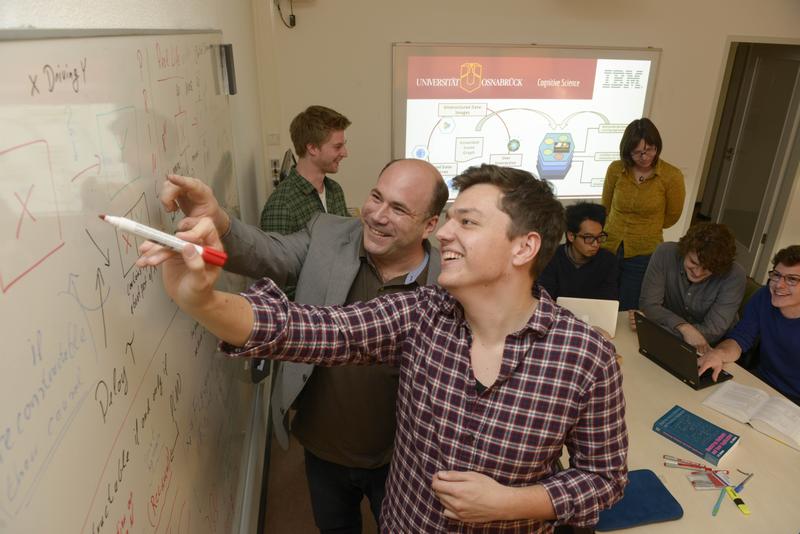