An international team of scientists based in Regensburg, Germany, has now recorded the ultrafast motion of a single molecule directly in time and space by combining a femtosecond laser with an atomic resolution microscope.

Atoms and molecules are the constituents of virtually all matter that surrounds us. Interacting with each other while following the rules of nature, they form complex systems ranging from modern technology to living creatures. Their behavior, that is, what they actually do, basically determines all of natural and life sciences. They are so small, however, that we cannot observe them in daily life. Even with the best optical microscopes, atoms and molecules are a thousand times too small to be seen; the microscope would have to see down to the ångström scale (1 ångström = 0.0000000001 m). Yet, we would be able to solve innumerable vital problems if we could just view the microcosm directly and watch the elementary constituents of matter at work.

Only a few decades ago, imaging individual steady atoms became possible thanks to the invention of sophisticated types of microscopes that are not based on optics. But even in apparently stationary massive bodies, the individual atoms and molecules are actually not steady, but in a state of constant motion. They speed amongst their neighbors in random directions while vibrating and rotating vigorously. And although we can imagine (and calculate) this rocking, rolling and shaking motion, it occurs unbelievably rapidly, taking only a few femtoseconds (one millionth of a billionth of a second, i.e. 0.000000000000001 s), which is way too fast to be resolved by any atomic microscope. Consequently, even though the question of how individual atoms and molecules behave is at the heart of all fields of natural science, until recently, nobody had ever seen a single molecule move on its intrinsic ultrafast timescale. In order to literally watch their motion, one would need a microscope many billions of times more rapid than the fastest high-speed cameras, which has until now remained way out of reach.

An international team of scientists based in Regensburg, Germany, has now tackled this challenge. Their aim was to revolutionize the way in which researchers look at the nanoworld: advancing from images to moving images of molecules. To do so, they developed an unprecedented ultrafast microscope. They combined the most powerful tool researchers have to access ultrafast time scales, femtosecond laser pulses, with highly advanced scanning tunneling microscopy capable of imaging individual molecules. The principle of this microscopy technique is similar to a record player. A sharp needle is moved across a surface to reveal its relief. But in scanning tunneling microscopy, the tip of this needle is as sharp as a single atom. Also, it does not touch the surface, but hovers over it while electrons move between the tip and surface thanks to a quantum mechanical effect called tunneling. As a result, the tip serves as a probe that is sensitive to corrugation smaller than a single molecule.

The researchers in Regensburg developed a novel scheme by controlling the tunneling process by ultrafast light pulses so short that each pulse only contained one single oscillation cycle of the lightwave. This mechanism gives them total quantum control over a select electron within a single molecule with simultaneous femtosecond temporal and sub-ångström spatial precision. As a result, they realized a microscope that not only allows them to image individual molecules, but also to “see” them move on their intrinsic time scale.

With this unique expertise, the researchers could – for the first time – record femtosecond snapshot images of a single molecule, directly resolved in space and time. Even more, they could set the molecule in motion and watch its ultrafast response. For this, they used two light pulses. The first stimulated an electron tunneling event, giving the molecule a kick that set it in motion, such that it began to vibrate atop the surface. The second pulse arrived at the molecule a very short time later and attempted to drive a second tunneling event. Crucially, its ability to do so depended on the instantaneous position of the molecule in its vibrational motion. The researchers then repeated this scenario, while tracking the ability of the second pulse to drive electron tunneling, for a series of delay times between the first and second pulses. What resulted was a direct measurement of the molecule’s ultrafast motion in space and time – an oscillation with a period faster than a trillionth of a second – in the first-ever femtosecond single-molecule movie!

This development finally opens the door to exploring the mystery of the ultrafast microcosm that had previously been obscured. Accessing the nanoworld with all its intriguing facets in this unprecedented way is expected to reveal key steps in chemistry and biology, and inspire future technologies based on single-molecule devices and lightwave-driven electronics. 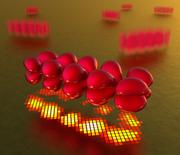 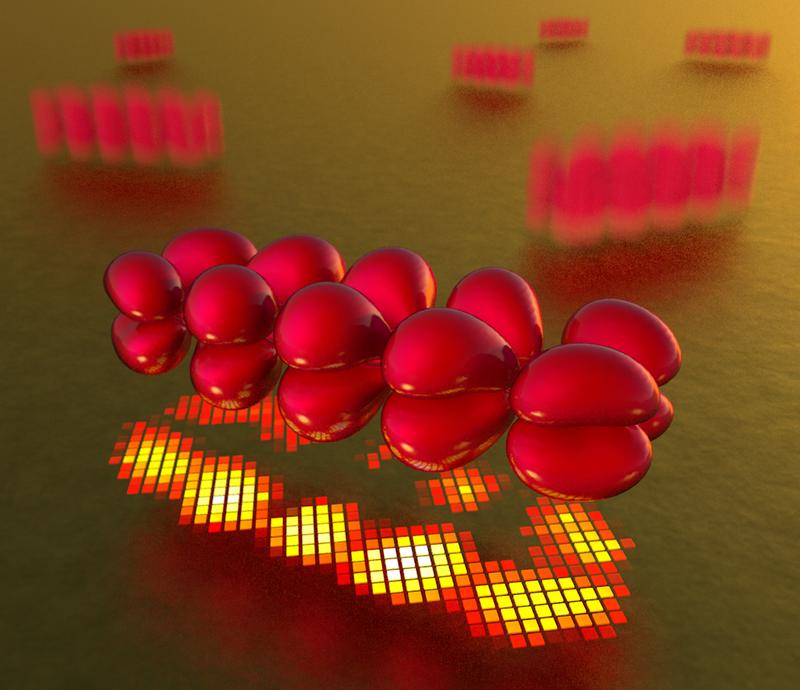