A team of European and Latin American scientists from the TU Braunschweig in Germany has discovered five previously not listed subspecies of the marine iguanas. Among them is the Amblyrhynchus cristatus godzilla, which was named after the fictional saurian monster Godzilla. The researchers now have revised the taxonomy of this emblematic species on the Galapagos and distinguished 11 distinct taxa of marine iguanas, classified as subspecies. The new taxonomy permits a better protection of the marine iguanas. The research results were recently published in the Zoological Journal of the Linnean Society.

“Bad taxonomy can kill” becomes a major theme for scientists and conservationists with respect to threatened species. It means the loss of genetic diversity of a species by unknown and non-classified differences at the level of populations within one species. “We were really surprised to see that world’s leading conservation organizations, such as the International Union for Conservation of Nature (IUCN), relied on a completely outdated taxonomy for such a unique and threatened species as the marine iguana” explained Steinfartz.

In a study, published in the Zoological Journal of the Linnean Society, the researchers now have revised the taxonomy of this emblematic species. Based on an intensive study of genomic and morphological characters, the scientists now distinguish 11 distinct taxa of marine iguanas, classified as subspecies. Five of these subspecies are newly discovered and described in their study. Dr. Aurelien Miralles, the leading scientist of this study from the Natural History Museum in Paris (France) states: “It was astonishing that upon closer inspection, most of the populations from different islands had significant differences in morphology and coloration when compared to their neighbors on other islands.” He adds: “Certainly Charles Darwin would have surely held these lizards in higher regard, if he had known how well their divergence matches the expectations of evolutionary theory.”

The most remarkable of the newly discovered taxa is the cryptic and highly threatened subspecies found only in the northeast of the oldest island of the archipelago, San Cristóbal. For this outstanding population, the scientists have dubbed this subspecies “the Godzilla marine iguana”(Amblyrhynchus cristatus godzilla), in honor of the fictional saurian monster Godzilla, which was in turn originally inspired by marine iguanas. As a species, marine iguanas are threatened. Many island populations are endangered by predation of feral animals, marine pollution and encroachment of urban developments, such as the building of new hotel complexes at the shore of the island of San Cristóbal.

The new system of subspecies outlined by this study will serve as a basis for conservation management units, which will enable managers to fully safeguard vital genetic diversity of distinct populations, which should ultimately aid the long-term survival of these unique creatures. Steinfartz sums up: “We hope that the new taxonomy will serve as a better protection of this unique species.”

<
Image of the Godzilla marine Iguana (Amblyrhynchus cristatus godzilla) to be published freely in con ...
Amy MacLeod/TU Braunschweig
None 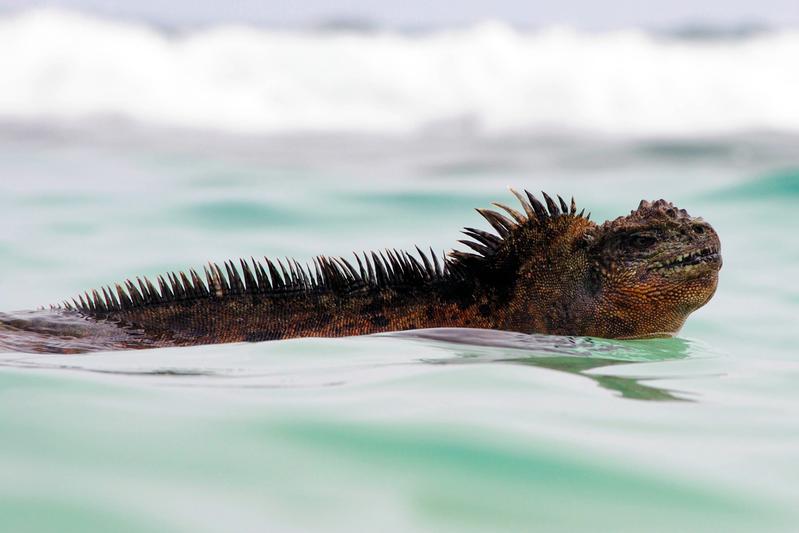 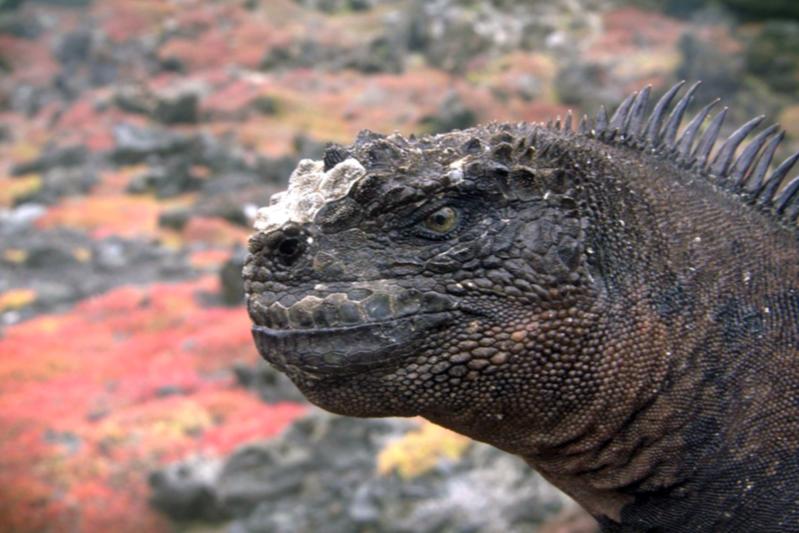