Don't move: To ensure constant food supply edible dormice rather give up their favourite food

Rodents such as the edible dormouse feed preferably on high-energy seeds. They deliver the energy needed for reproduction and putting on necessary fat reserves. Beech trees, however, save energy by producing seeds only in certain years and on a large scale. Edible dormice adapt to this cycle with a pragmatic choice of territory. A long-term study by researchers from Vetmeduni Vienna has now shown for the first time that edible dormice avoid areas with a high beech density. Instead, they prefer areas with a balanced mix of conifers and beech trees allowing the rodents to survive non-mast years without having to move to a new territory. The results were published in Frontiers in Zoology.

The seeds of beech trees are an important source of energy for rodents like the edible dormouse (Glis glis). In fact, beechnuts are a preferred food for the animals. The long-lived rodents need the energy-rich beech seeds for reproduction and the growth of their offspring. But beechnuts aren’t available for the dormice every year. Beech trees produce seeds on a large scale only in so-called mast years. In other years, they yield little or no seeds. This requires the edible dormice to adapt to the lifecycle of the beech. New research conducted by wildlife biologists from Vetmeduni Vienna has now shown for the first time that the animals’ choice of territory is of benefit to them. The rodents prefer areas with alternative food sources and only few beech trees. They actually avoid areas with a high beech density.

Edible dormice have an exceptional longevity for rodents with an average life expectancy of up to 13 years. This means that they have to survive more years with lower food availability than other rodents. “Seeds such as the beechnut are an indispensable source of energy for the animals. Their reproduction as well as the survival of the juvenile animals depend on their availability,” explains Jessica Cornils of the Research Institute of Wildlife Ecology. “The edible dormouse must therefore adapt its own lifecycle to that of the beech. We hypothesised that this would also influence their choice of territory.” The research team limited its study to two possible scenarios. “Not all beech trees have their mast years at the same time,” says the first author. “One possibility for getting at the seeds regularly would be to switch territories between areas with many beeches. The second possibility would be to remain in a single territory that provides alternative food sources, such as conifer seeds, even though these are less energy-rich,” says Cornils.

For their long-term study, the researchers set up nest-boxes in areas with a high density and in areas with a low density of beech trees. The nest-boxes were available to male and female dormice over the course of nine years. The researchers determined the food availability in each of the areas as well as the age and sex of the animals. The results showed that the dormice almost exclusively moved into nest-boxes in areas with a balanced mix of beech trees and conifers and that they rarely left the boxes once they moved in.
This allowed the researchers to show for the first time that the rodents made a pragmatic choice regardless of their sex. “Site fidelity had previously been known only among female dormice. They only rarely leave their territory to look for additional food,” says Cornils. “In our study, however, the males also preferred territory with more alternative food sources. Not all nest-boxes were occupied to the same degree every year, but this can be explained by the fact that dormice go into hibernation earlier in non-mast year if their fat reserves allow it. Territory changes were observed mainly among juvenile animals. But this corresponds to their natural instinct to establish their own territory.”

The study shows that the rodents rely on a safe alternative and a balanced food supply year after year. “In low-mast years, they can fall back on the conifers and other trees as a food source. During mast years, they have the large supply of energy-rich food available to them,” explains senior author Thomas Ruf. “Although this tactic represents an excellent survival strategy, it does restrict their reproductive periods.” The lifecycle of the dormouse is therefore closely tied to that of the beech trees in their territory. But the animals compensate with a long life and fertility even in old age. A lifecycle with intermittent periods of low and high crop years is typical for northern hemisphere trees such as oak and beech. After producing their energy-rich seeds in mast years, these trees can replenish energy during non-mast years. With the high yield of seeds in mast years, oak and beech trees can secure their own reproduction. Excess seeds that aren’t eaten remain to grow into new trees.

About the University of Veterinary Medicine Vienna
The University of Veterinary Medicine Vienna (Vetmeduni Vienna) is one of the leading veterinary, academic and research facilities in Europe. Its main focus is on the research fields of animal health, food safety, animal husbandry and animal welfare as well as biomedical fundamentals. The Vetmeduni Vienna has 1,300 employees and is currently training 2,300 students. The campus in Floridsdorf, Vienna has five university hospitals and numerous research institutions at its disposal. Two research institutes at Wilhelminenberg, Vienna and a Teaching and Research in Lower Austria also belong to the Vetmeduni Vienna. http://www.vetmeduni.ac.at 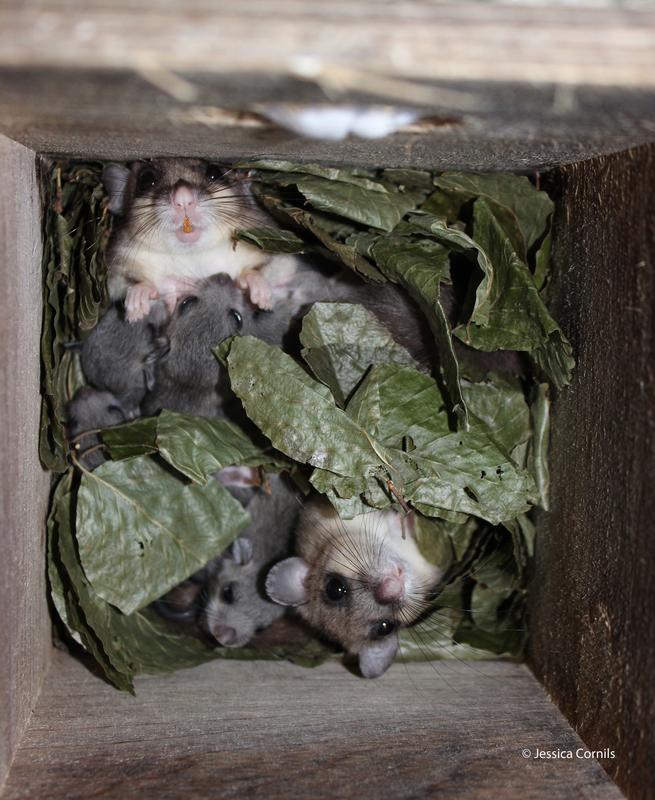