Scientists at the Max Planck Institute for Intelligent Systems invented a magnetically controlled soft robot only four millimeters in size, that can walk, crawl or roll through uneven terrain, carry cargo, climb onto the water surface, and even swim in it. The inspiration comes from soft-bodied beetle larvae and caterpillars, and even jellyfishes posed as biological models. One day, this small-scale robot may enable targeted drug delivery or minimally invasive surgery, the researchers hope. Its multiple locomotion capability in complex environments is so unique that science journal Nature will publish the researchers´ findings in its February edition.

Stuttgart – Being able to easily move around in a complex environment, whether on land or on or inside a liquid, is what makes this soft robot unique. It is only four millimeters in size, flat as a rectangular sheet of paper and made of a soft elastic polymer. While other existing small-scale robots have very limited mobility, and are unable to navigate through uneven terrain or overcome obstacles, this robot can easily transition from swimming through liquids to moving on solid surfaces without physical intervention. It can also pick up cargo, transport it and deposit it elsewhere. So despite having no legs, this robot can move around as freely as a caterpillar.

“We looked at the physical mechanism of locomotion of soft-bodied caterpillars and jellyfishes and took inspiration from them. The result is that our millirobot is a mix of small-scale soft-bodied animals, such as a beetle larva, a caterpillar, a spermatozoid, and a jellyfish”, says Prof. Metin Sitti, Director of the Physical Intelligence Department at the Max Planck Institute for Intelligent Systems in Stuttgart. His team’s robot invention will be published in the February edition of the prestigious scientific journal Nature. Online the scientific paper was already published late on Wednesday 24th January.

The scientists use external magnetic fields to exert torque on magnetic particles embedded inside the soft elastomer body of the robot to change the robot’s body shape and steer it around. Through its body deformations, the robot can walk or roll on surfaces, jump over obstacles, crawl through narrow tunnels, climb onto the water surface curvature, and swim in or on water. It is this multimodal locomotion that lets the robot easily navigate and transit through different liquid and solid uneven terrains, making it unique. Additionally, it can pick an object up, transport and release it using its body shape-change control. “In the future, our robot can carry drugs and deliver them to a desired location where they are most needed, much like a doorstep delivery”, Metin Sitti hopes. “We would use it for minimally invasive medical applications inside the human body: it would be delivered through swallowing or a cavity on the skin and make its way through the digestive or urinary tract, abdominal cavity, or heart surface.”

The invention of small-scale untethered robots used for medical purposes such as non-invasive surgery takes center stage at the Physical Intelligence Department, led by Metin Sitti, who is one of seven Directors at the Max Planck Institute for Intelligent Systems. Many projects he and his team of scientists are focused on are novel smart mobile milli- or micro-robots for medical applications. The robots´ sizes range from a few millimeters all the way down to a few hundred microns.

So far, the caterpillar-inspired soft robot has been tested within a synthetic surgical stomach model and chicken tissue. Sitti’s team, consisting of Wenqi Hu, Guo Zhan Lum, and Massimo Mastrangeli, navigated and steered the robot successfully in such environments via ultrasound image guidance. Sitti hopes that one day, this robot will become a standard in healthcare, to enable a non-invasive access to enclosed spaces, such as the unprecedented or hard-to-reach tight regions inside the human body. “Currently it is not possible to access many small regions inside the human body without surgery, but our target is to reach such regions non-invasively and conduct diagnostic and therapeutic operations with our soft robots,” Sitti envisions.

The Max-Planck-Institute for Intelligent Systems is located in two cities: Stuttgart and Tübingen. Research at the Stuttgart site of the Max Planck Institute for Intelligent Systems covers small-scale robotics, self-organization, haptic perception, bio-inspired systems, medical robotics, and physical intelligence. The Tübingen site of the institute concentrates on machine learning, computer vision, robotics, control, and the theory of intelligence.

The MPI-IS is one of the 83 Max Planck Institutes that are part of the Max Planck Society. It is Germany's most successful research organization. Since its establishment in 1948, no fewer than 18 Nobel laureates have emerged from the ranks of its scientists, putting it on a par with the best and most prestigious research institutions worldwide. All Institutes conduct basic research in the service of the general public in the natural sciences, life sciences, social sciences, and the humanities. Max Planck Institutes focus on research fields that are particularly innovative, or that are especially demanding in terms of funding or time requirements. And their research spectrum is continually evolving: new institutes are established to find answers to seminal, forward-looking scientific questions, while others are closed when, for example, their research field has been widely established at universities. This continuous renewal preserves the scope the Max Planck Society needs to react quickly to pioneering scientific developments.

www.mpg.de
Professor Dr. Metin Sitti is the Director of the Physical Intelligence Department at the Max Planck Institute for Intelligent Systems, based in Stuttgart, and a Professor in the Department of Mechanical Engineering and Robotics Institute at Carnegie Mellon University in Pittsburgh.

Sitti received his BSc and MSc degrees in electrical and electronics engineering from Boğaziçi University in Istanbul in 1992 and 1994, respectively, and his PhD degree in electrical engineering from the University of Tokyo in 1999. He was a research scientist at UC Berkeley during 1999 and 2002. Since then, he has been a Professor in the Department of Mechanical Engineering and Robotics Institute at Carnegie Mellon University in Pittsburgh. In April 2014 he became one of seven Directors at the Max Planck Institute for Intelligent Systems.

Sitti and his team aim to understand the principles of design, locomotion, perception, learning, and control of small-scale mobile robots made of smart and soft materials. Intelligence of such robots mainly come from their physical design, material, adaptation, and self-organization more than to their computational intelligence. Such physical intelligence methods are essential for small-scale milli- and micro-robots especially due to their inherently limited on-board computation, actuation, powering, perception, and control capabilities. Sitti envisions his novel small-scale robotic systems to be applied in healthcare, bioengineering, manufacturing, or environmental monitoring to name a few.

Dr. Wenqi Hu comes from South West China. He received his PhD from the University of Hawaii in 2014. He has been working on this soft millirobot project for over three years with his teammates, ever since he joined the Physical Intelligence Department team in Stuttgart back in 2014.

Dr. Massimo Mastrangeli comes from Italy. He received his PhD in 2010 from the University of Leuven in Belgium and was a post-doctoral researcher in Metin Sitti’s team from 2015 to 2017. He has become an assistant professor at Delft University of Technology in the Netherlands in July 2017. 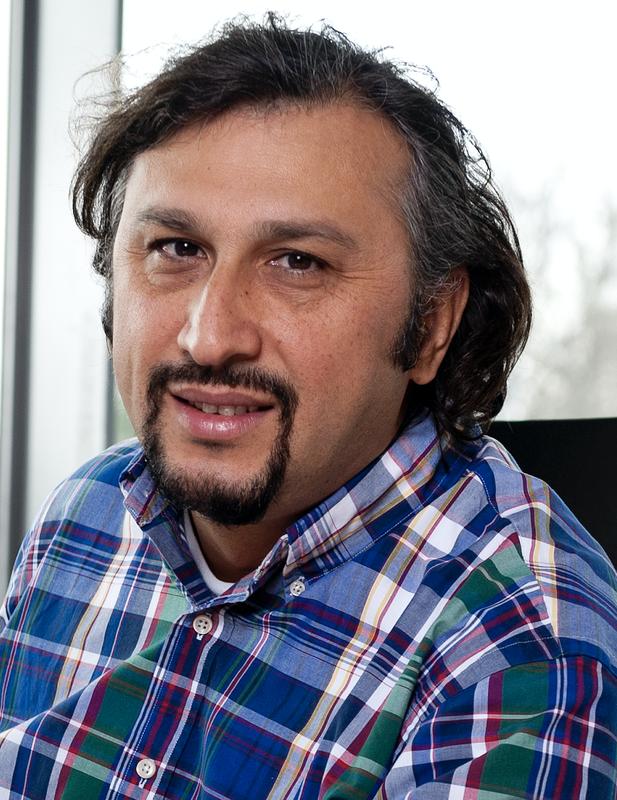