Sentinel behaviour is found in the animal kingdom in species that live in communities such as marmots, meerkats, and birds. However, it has never been described for marine fish living in groups. Researchers at the Leibniz Centre for Tropical Marine Research (ZMT) have now found that coral reef fish also appear to show this behaviour. The study was published in the journal Environmental Biology of Fishes.

In the damselfish genus, there are species that live in close proximity to branching stone corals. They swarm around them and seek shelter between their branches as soon as danger threatens. The corals also benefit from their subtenants. Through their fanning behaviour, the damselfish ensure better water circulation as well as the supply and removal of oxygen. Hence, corals that live in a mutualistic relationship with damselfish can grow much faster.

Dr Sebastian Ferse, reef ecologist at the ZMT, and his team wanted to more closely investigate this symbiosis in lemon damselfish, shoal-forming reef fish of the species Pomacentrus moluccensis. They observed that the large, adult damselfish behave differently than the smaller, juvenile fish in case of danger.

In the area of the "Thousand Islands", which belongs to Indonesia, the researchers used underwater cameras in four different locations to film stone corals where reef fish were sheltering. In addition, they laid out pieces of dried squid as bait to attract predatory fish and also studied other factors that could threaten the damselfish.

The evaluation of the video material revealed that the fish perceived certain situations as particularly dangerous. The juvenile fish in particular disappeared deeper into the coral when the water was turbid and approaching predators such as snappers, groupers or angel fish could not be spotted immediately. While predators were close by, the adult fish positioned themselves relatively far away from the coral.

"With this behaviour, the larger lemon damselfish can better perceive their enemies. When a predator approaches, they pull back into the coral at lightning speed. As a result, they warn their inexperienced, smaller conspecifics," said Sebastian Ferse. The young fish sense the retreat of the big fish via their lateral line organ, with which they register water movements. The “sentinel fish” may also give alarm cues, as has already been proven with clownfish.

"Such selfless behaviour can only be explained by the fact that the members of a group are closely related," said Ferse. When reef fish spawn, the water flow drives the larvae away. However, the young damselfish have an amazing ability to find their way back to their original host coral. Thus, there may be close family ties between the inhabitants of a coral. Here molecular genetic investigations can provide information about the relationships.

About the Leibniz Centre for Tropical Marine Research
In research and education the Leibniz Centre for Tropical Marine Research (ZMT) in Bremen is dedicated to the better understanding of tropical coastal ecosystems. As an interdisciplinary Leibniz institute the ZMT conducts research on the structure and functioning of tropical coastal ecosystems and their reaction to natural changes and human interactions. It aims to provide a scientific basis for the protection and sustainable use of these ecosystems. The ZMT works in close cooperation with partners in the tropics, where it supports capacity building and the development of infrastructures in the area of sustainable coastal zone management. The ZMT is a member of the Leibniz Association.

Damselfish of the genus Pomacentrus swarm around a branch coral, Indonesia 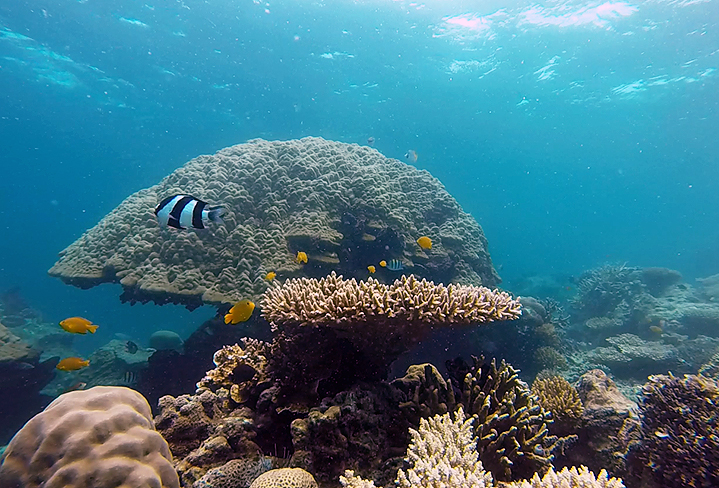 Damselfish of the genus Pomacentrus seek shelter in a branch coral, Indonesia 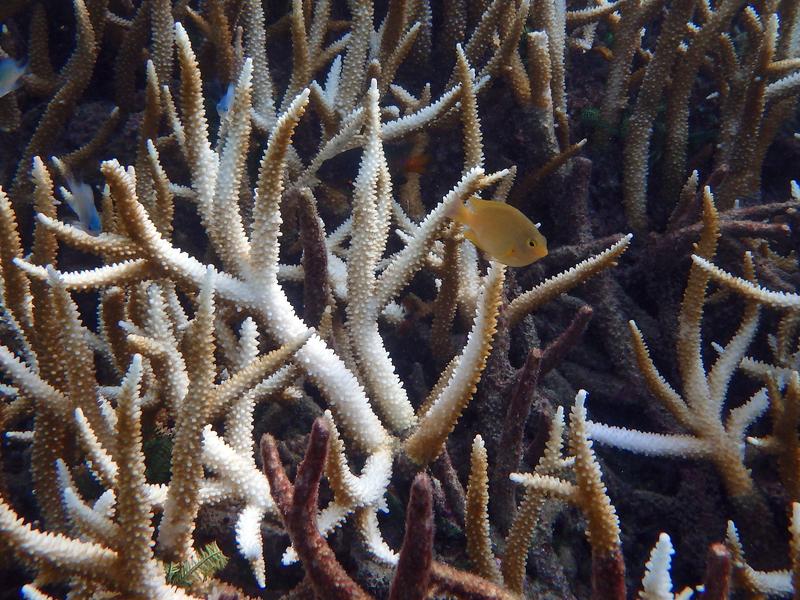