A reliable functioning of technical infrastructure networks is essential for our modern, high-tech society. Cascading failures, i.e. chain reactions of failures of different infrastructures, are the cause of many failures of entire networks, e.g. large parts of the European power grids. Although cascading failures are usually influenced by network-wide nonlinear dynamics between the individual failures, their modelling has so far concentrated primarily on the analysis of sequences of failure events of individual infrastructures - however, the dynamics between these events have not been taken into account.

In an article now published by Nature Communications, an analysis scheme is presented which takes into account the event-based character of the chain reaction as well as the specific network dynamic influences.

The international team of scientists from the Center for Advancing Electronics Dresden (cfaed) at TU Dresden and the Max Planck Institute for Dynamics and Self-Organization in Göttingen (Prof. Marc Timme, Dr. Benjamin Schäfer), the Forschungszentrum Jülich (Jun.-Prof. Dr. Dirk Witthaut) and the Queen Mary University of London (Prof. Vito Latora) was able to find out that some transition processes between different states of the power grid take place on a time scale of a few seconds. "These can play a decisive role in the development of collective reactions, which can eventually lead to a ‘blackout.’ In our study we propose a prediction method to identify potentially endangered lines and network components already at the planning stage and, if appropriate, also during the operation of power networks. Such dynamic effects could be integrated into network operators' risk assessments and system planning. Overall, our results underline the importance of dynamically induced failures for the adjustment processes of the national power grids of various European countries," says Prof. Marc Timme from the Strategic Chair of Network Dynamics at TU Dresden.

Major power outages, which often affect millions of people, are caused by complex and often non-local interactions between many components. In Europe, for example, the planned shutdown of a line in 2006 led to the failure of large parts of the European grid and affected up to 120 million people. Such unfavorable chain reactions can already build up by switching off a single line in the network. In an advanced stage, a fast dynamic develops, that is based, in particular, on the automatic switch-off devices, which are actually supposed to ensure the safety of the network. This rapid dynamic was the focus of the research of the team of scientists. Professor Dirk Witthaut from Forschungszentrum Jülich explains the reasons: "In recent years, the trend in the electricity sector has continued towards strong networking, the countries are very closely integrated into the European grid. Since such failures anywhere in this network could affect us at any time, we must understand the causes. That's why we were concerned with these questions: Can we understand how these fast processes work? Can we predict which lines could cause a large-scale power outage?"

"The basic idea behind the security architecture of the power grids is this: If any part of the grid fails, then the power grid should continue to function. The network then takes on a new stable state in order to compensate for the defect. The question of what this state looks like when the network has enough time to find it has already been investigated many times. For the relatively short time scale of the error cascades in power grids, however, our current study is virtually pioneering," says Vito Latora, Professor of Applied Mathematics and Head of the Complex Systems and Networks Group at Queen Mary University of London.

The scientists investigated the error cascades using a combination of computer simulations and mathematical analyses of simple network models. The static approach was compared with the new dynamic approach using a simulated network in which specific connections are interrupted. Often the broader dynamic view shows that the network can become completely unstable, even if the static approach still predicts stability. Overall, more potential failures are detected and the potential extent of a failure is more accurately predicted. In order to compare the processes found on the model with reality, power line networks with real connection structures were examined, specifically the Spanish, British and French topology. The new analysis method was successfully applied to complex and more realistic networks.

In addition, statistical studies on failures were carried out using the dynamic approach. How many lines fail if a random line is affected? "In many cases the effects are small, i.e. hardly any other lines fail. At the same time, there are a few critical lines that lead to major failures. Taking into consideration possible attacks (physical or virtual, e.g. by hackers) it is extremely important to identify and relieve such critical lines. Therefore, using the dynamic approach, we have developed a tool that predicts which lines are critical," describes Dr. Benjamin Schäfer from cfaed at TU Dresden.

Finally, initial investigations on the spread of cascades in the network were carried out. "Instead of purely geographical distances between different locations, we consider the so-called 'effective distance,’ which takes into account how strongly different parts of the power grid can influence each other. However, in order to gain a better understanding, further research is necessary to examine the possibility of stopping such cascades," explains Schäfer. 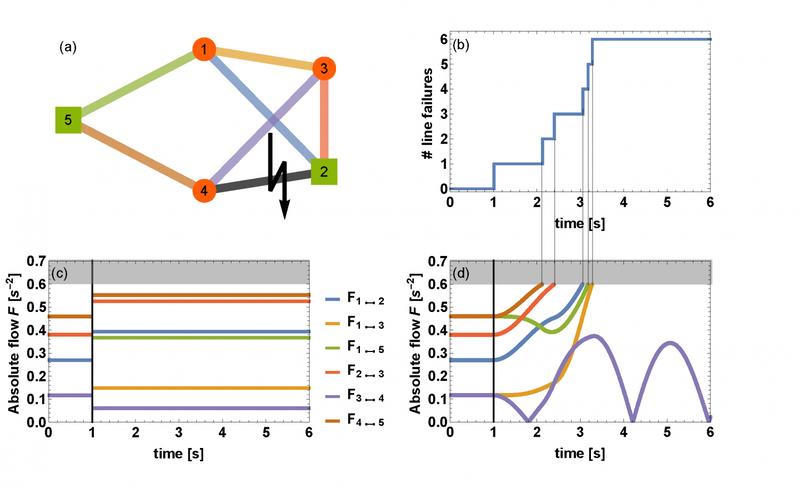 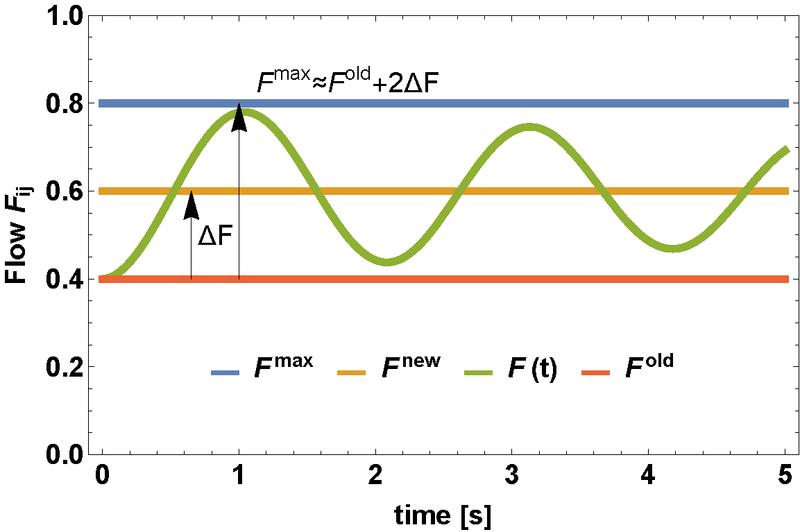