It is well established that stress can alter the activation pattern of our genes. Stress also triggers epigenetic mechanisms which modulate how DNA, the carrier of genetic information, is read. The genetic information on the DNA is in the next step ‘translated’ into RNA, which is the blueprint of proteins. In a groundbreaking study, scientists at the Max Planck Institute of Psychiatry (MPI) have shown for the first time that stress can also cause similar “epigenetic” changes on the RNA level. The research results were recently published in the internationally renowned journal Neuron.

It was recently rediscovered that RNA can be modified by chemical tags in a similar way to the epigenetic modifications seen on DNA. Messenger RNA (mRNA) is made up of four molecular building blocks: adenosine, cytidine, guanosine and uridine, which can be modified by the attachment of chemical tag. These tags or RNA modifications provide a sophisticated extra layer of gene regulation. A modification of mRNA, which occurs post-transcriptionally is methylation of adenosine and the most abundant is N6-methyladenosine (m6A). Although m6A was first described in 1974, recent technological advances were necessary before more detailed analyses of the epitranscriptome could be carried out.

Scientists at the MPI have been investigating the role of m6A methylation in the brain. Their finding show that m6A is involved in the regulation of the stress response and that methylation varies depending on when and where it is in the brain.

By specifically deleting enzymes involved in m6A methylation from adult neurons in a mouse model, the team were able to investigate the roles of these enzymes in the brain. Deletion of METTL3 reduced m6A, whereas FTO deletion increased m6A. They also found that deleting these enzymes changes the way that the mice cope with stress: the enzymes are needed in the generation of fear memory and are involved in synaptic plasticity.

In the final part of the study, the scientists compared blood samples from patients with depression to healthy volunteers. “What was really interesting was that when we looked at the m6A signature in the blood following activation of stress system, we found that its dynamics were altered in patients with depression” says Elisabeth Binder, Director at the Institute and a collaborator on this study. Alon concludes “These results indicate that m6A contributes to the pathophysiology of stress-related psychiatric disorders and future studies should further explore the role of additional genes and proteins in the RNA methylation machinery and their role in stress response regulation and stress-linked psychopathologies.”

The study is a good example of the main goal of the MPI, which is to lead translational research in psychiatry. Through the uniquely close interaction between basic science, clinical research and clinical services, it is possible to translate the latest findings from the mouse model to humans. Discovering the biological causes of disease will help develop improved, personalized treatment in patients. 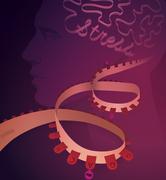 <
mRNA methylation is involved in stress response regulation and the etiology of stress-induced psychi ...
© MPI of Psychiatry / Tal Bigdary, Graphics Department, WIS, 2018
None 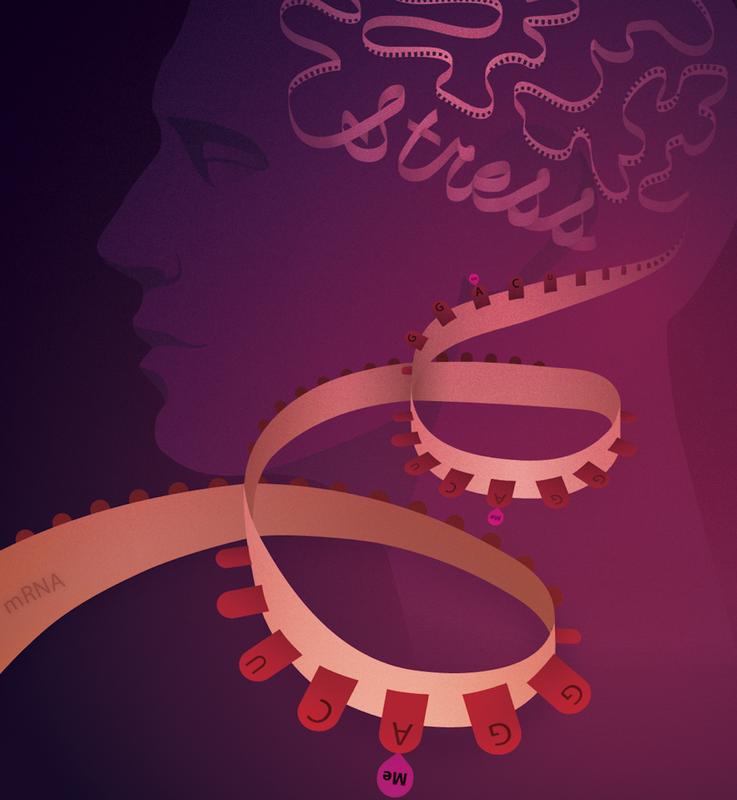