A team of researchers led by wildlife ecologist Theresa Walter analysed over 1,100 fox sightings made by the public as part of the citizen science project StadtWildTiere (www.stadtwildtiere.at). The joint team of researchers from the University of Veterinary Medicine, Vienna (Vetmeduni Vienna) and the University of Natural Resources and Life Sciences, Vienna (BOKU) was able to show that foxes prefer specific city areas and environments. The study also revealed that reports of fox sightings correlated with the educational level of the population.

Urban habitats are becoming increasingly more important for several wildlife species. Foxes, for example, have become successful inhabitants of urban areas in recent years. The research team has now conducted an analysis, the first of its kind in the German-speaking countries, of fox sightings in Vienna. Data on fox sightings was available from all times of the year for a period of five years. Encounters with foxes were reported from all city districts and at all times of day.

“Much of our knowledge about the occurrence, distribution and association with land use of these urban foxes is poor, however, partly because many of the favoured urban habitats are on private property and therefore hardly accessible to scientists,” explains Theresa Walter from the Research Institute of Wildlife Ecology at Vetmeduni Vienna. Using a citizen science approach, in which the Viennese public reported fox sightings that were made, for example, in private gardens, it was possible to close this information gap.

For wild animals, cities consist of a mosaic of land use classes, such as parks, gardens and streets, which differ with regard to their percentage of green area as well as in the way they are used by people. The analysis of fox sightings shows that the probabilities of encountering foxes were significantly higher in gardens, areas with a low building density, parks or squares as compared to agricultural areas, industrial areas or forests. “This may appear counterintuitive at first glance, as foxes do live in forests and fields,” says Florian Heigl from the Institute of Zoology at BOKU. “But it is indeed more difficult to see a fox in a forest with dense undergrowth or in a wheat field than a fox that is trotting through the city.” Additionally, foxes in the city are generally perceived as more unusual by the public than a sighting in the woods.

As a sighting always requires an encounter between the animal and a human observer, the researchers also wanted to investigate the human side of the interaction. An analysis of the sociodemographic data for Vienna showed, among other things, that the level of education had an influence on reported fox sightings. The more people there are in a district with a high level of education, the more fox sightings were reported. This finding is of relevance for many citizen science projects, especially if researchers want to understand how data collection from public sightings works and which spatial influences sociodemographic factors have on the distribution of the analysed reports.

For Theresa Walter, another possible area of application of the results of the study is in urban wildlife management: “Certain diseases can be transmitted from wild animals to pets or to people. Knowing where humans are likely to encounter wildlife in the city could allow us to come up with specific management strategies.”

About the University of Veterinary Medicine, Vienna
The University of Veterinary Medicine, Vienna in Austria is one of the leading academic and research institutions in the field of Veterinary Sciences in Europe. About 1,300 employees and 2,300 students work on the campus in the north of Vienna which also houses five university clinics and various research sites. Outside of Vienna the university operates Teaching and Research Farms. The Vetmeduni Vienna plays in the global top league: in 2018, it occupies the excellent place 6 in the world-wide Shanghai University veterinary in the subject "Veterinary Science". http://www.vetmeduni.ac.at

The article “Fox sightings in a city are related to certain land use classes and sociodemographics: results from a citizen science project” by Theresa Walter, Richard Zink, Gregor Laaha, Johann G. Zaller and Florian Heigl was published in BMc Ecology.
https://bmcecol.biomedcentral.com/articles/10.1186/s12898-018-0207-7 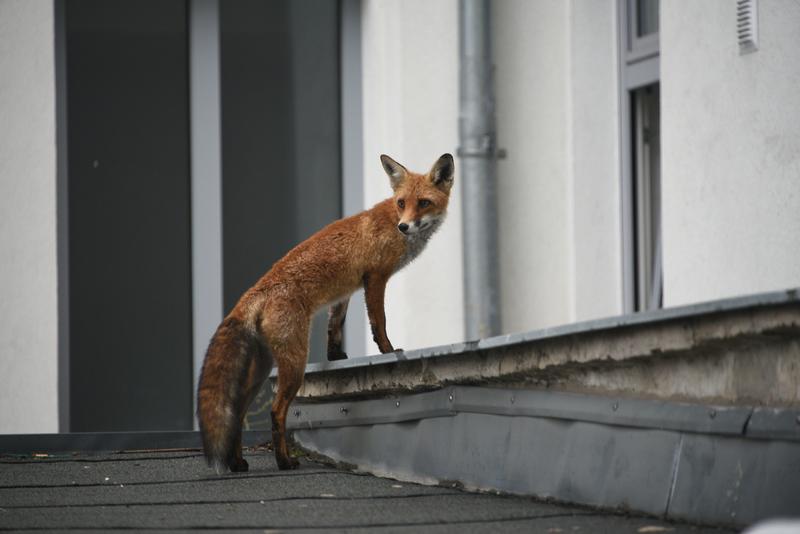