Home > Pressemitteilung: The pharmacological “fingerprint“ of ...

The pharmacological “fingerprint“ of the fourth opioid receptor

Pharmacologists from Jena, Toulouse, St. Louis and Boca Raton as well as Montreal, Seattle and Mountain View were able to decipher the molecular behavior of the nociceptin receptor in cells and intact animals. Now published in Science Signaling, their research paper on the investigation of the fourth opioid receptor is an important prerequisite for development and clinical evaluation of new pain medications.

Also known as Orphanin FQ-receptor, the nociceptin receptor is the youngest member in the opioid receptor family. Receptors are large protein molecules located in the cell membrane of nerve cells that function as docking stations for external signal molecules and then transmit this information inside the cell. In this way, they regulate important functions in the central nervous system, including pain perception, motivation or reward. All opioid receptors are targets for pain-alleviating drugs, that includes morphine binding to the most-studied µ-opioid receptor, as well as the closely related δ- and κ-opioid receptors and the nociceptin receptor that was first described 25 years ago. Depending on the receptor type, drug effects are often followed by undesirable side-effects, ranging from respiratory depression, development of tolerance and dependence, to seizures, mood changes and dizziness.

The development and aggressive marketing of synthetic and highly-potent opioids targeting the µ-opioid receptor but which quickly lose their effectiveness after prolonged use, has led to the so-called “opioid epidemic” with an average 130 casualties per day in the USA alone. Scientists and pharmaceutical companies are therefore searching with urgency to find new and safer drugs for the treatment of severe pain. In their focus are now also the nearest relatives of the µ-opioid receptor.

Stefan Schulz, professor of pharmacology and toxicology at the University Jena Hospital, has worked for many years with his research team on the signaling properties of opioid receptors. One important step in this process is the attachment of phosphate groups to the receptor protein. “This phosphorylation changes the shape and binding properties of the receptor and regulates therefore the receptor activity. Phosphorylation is most important for desensitization when the receptor is flooded by signaling molecules, eventually becomes insensitive and finally gets internalized into the cell”, explains Stefan Schulz.

In a research collaboration with scientists from the universities of Toulouse, St. Louis, Boca Raton, Montreal, Seattle and Mountain View and with support from the German Research Council within the Transregio “ReceptorLight”, Prof. Schulz’s research team now studied the activity of the nociceptin receptor and took its pharmacological “fingerprint”. The scientists studied the receptor phosphorylation after adding various natural and synthetic drugs. Their results were now published in the prestigious journal Science Signaling.

“By tagging with specific antibodies we could localize four different phosphorylation sites in cell culture and determine the temporal sequence in which they get phosphorylated. The various drugs differ in their efficiency how they can activate the receptor and trigger the phosphorylation”, summarizes first author Dr. Anika Mann the most important results. These could also be verified in animal studies in genetically-engineered mice where a fluorescent molecule had been attached to the nociceptin receptor. In these mice, receptor activation was shown to be dependent on the dose and chemical class of the drugs.

The scientists are especially interested in new chemical compounds that activate both the µ-opioid and the nociceptin receptor. “We have evidence that the analgesic effect is stronger in such compounds, but with less side-effects in comparison to the classical opioids. More research in this direction is really important”, affirms Stefan Schulz. He is sure that his research team has made an important contribution to this goal by taking the pharmacological “fingerprint” of the nociceptin receptor. 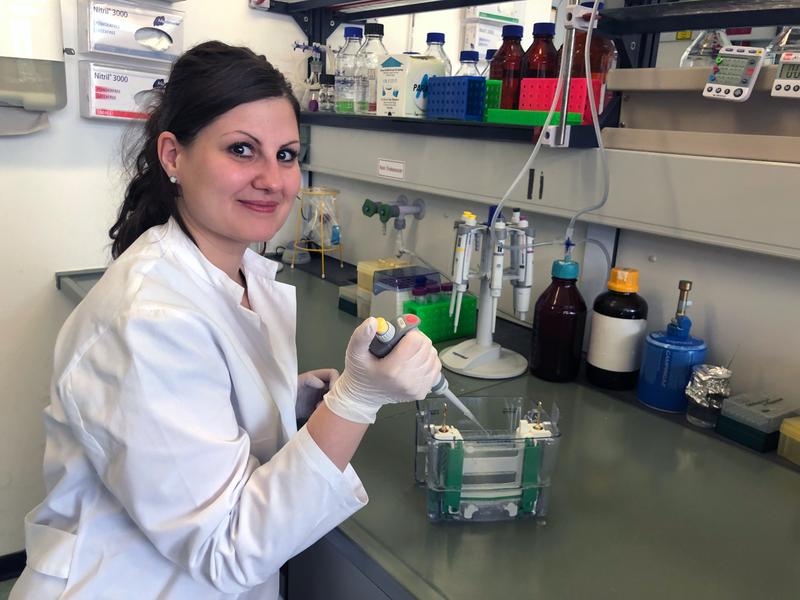