An international team of scientists has named five new species of tiny frogs found across the island of Madagascar. The largest of them could sit happily on your thumbnail. The smallest is just longer than a grain of rice. The study was published in the open access mega-journal PLoS ONE.

Madagascar, an island a little larger than mainland France, has more than 350 frog species. This number is constantly rising, and many of the newly named species are very small.

The five new species belong to the group of frogs commonly referred to as ‘narrow-mouthed’ frogs, a highly diverse family found on every continent except Antarctica and Europe. Although most narrow-mouthed frogs are small to moderately large, many are tiny, including the smallest frog in the world, Paedophryne amauensis from Papua New Guinea at just 7.7 mm adult body size. What’s remarkable is that the smallest frogs have evolved to become tiny independently, often several times within a single region, as highlighted in this new study. Three of the new species belong to a group that is wholly new to science, which the authors have formally dubbed Mini. The other two new species, Rhombophryne proportionalis and Anodonthyla eximia, are also just 11–12 mm, and are much smaller than their closest relatives.

‘When frogs evolve small body size, they start to look remarkably similar, so it is easy to underestimate how diverse they really are,’ says Mark D. Scherz, PhD candidate at the Ludwig Maximilian University of Munich and Technical University of Braunschweig, and lead author on the new study, ‘Our new genus name, Mini, says it all: adults of the two smallest species Mini mum and Mini scule, are 8–11 mm, and even the largest member of the genus, Mini ature, at 15 mm, could sit on your thumbnail with room to spare.’

Finding tiny frogs in the leaf litter is hard work. ‘Calling males often sit one or two leaves deep and stop calling at the slightest disturbance,’ says Dr. Frank Glaw, head of the Section of Herpetology at the Bavarian State Collection of Zoology in Munich (SNSB-ZSM) and senior author on the study, ‘It can take a lot of patience to find the frog you are looking for.’

Cyclones which often batter Madagascar’s eastern coast in the December–March rainy season, can make searching even more difficult. ‘I found Anodonthyla eximia in the early morning after a terrible night, when a cyclone swept away most of our camp,’ says Professor Miguel Vences, head of the Division of Evolutionary Biology at the Technical University of Braunschweig and one of the study’s senior authors. ‘Miserable conditions for biologists can make great conditions for frogs’.

<
An adult male Mini mum, one of the world’s smallest frogs, rests on a fingernail with room to spare.
Photo by Dr Andolalao Rakotoarison

Mini mum lives in the leaf litter in the fragmented lowland forest along Madagascar’s east coast. 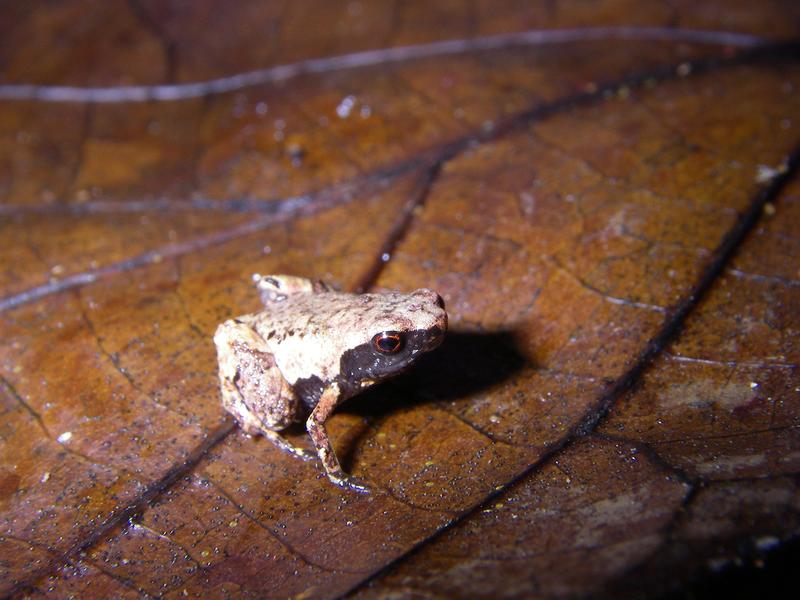 An adult male Mini mum, one of the world’s smallest frogs, rests on a fingernail with room to spare. 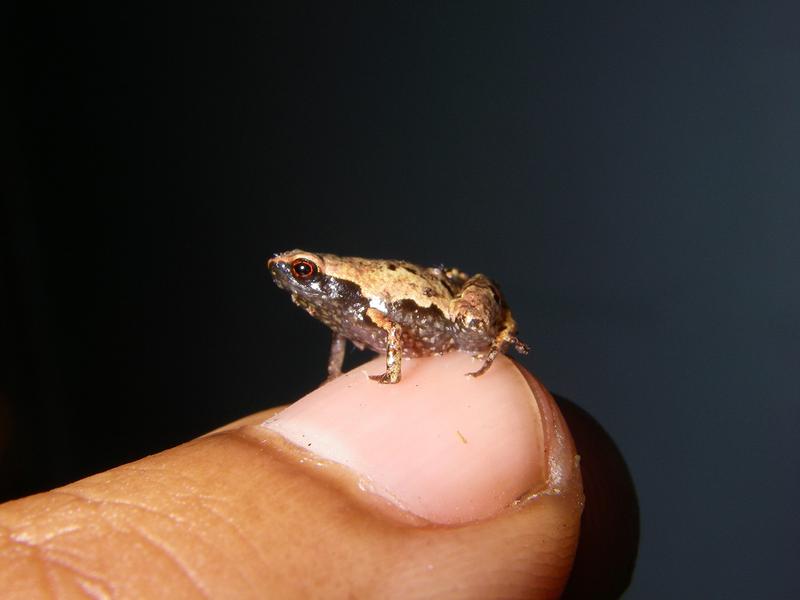