New teeth: Highly rigid – and ready for immediate use

The tooth is badly damaged and must be repaired. Dentists use a variety of materials, including glass ceramics. They look most natural, and the dentist can also finish a glass-ceramic prosthesis directly in the practice. To do this, the dentist first records the situation of the teeth in the patient's mouth using a pencil camera, software calculates the individual CAD data, and a milling machine cuts the crown automatically and precisely via CAM. The blank is then hardened at a temperature of at least 800 degrees Celsius, which is a time-consuming work step. In addition, the color of the dental crown changes as it is being heated up. It is therefore possible that the dental bridge does not perfectly match the color of the rest of teeth: Then it has to be modified with a veneer.

The glass ceramics were considered to have reached their maximum potential

Dentists and patients alike want a product that can be individually adapted at such a pace that the patient can wait for it in the dentist's chair – this is also referred to as chairside treatment. In addition, the dental prosthesis should be as strong as possible in order to be able to withstand the strain in the long term. With current glass ceramics, further improvements were no longer possible and considered to have reached their maximum potential.

However, Dr. Bernhard Durschang and Dr. Jörn Probst from the Fraunhofer Institute for Silicate Research ISC in Würzburg have now developed exactly such a dental prosthesis, together with the companies VITA Zahnfabrik H. Rauter GmbH & Co. KG and DeguDent GmbH. For their achievement, the two Fraunhofer researchers were awarded the Fraunhofer Prize "Human-Centered Technology". "At more than 500 MPa, our glass ceramic is much stronger and more robust than conventional glass ceramics, which only reach around 350 MPa," says Probst, who has been responsible for the health application area at the Fraunhofer ISC since 2002. "In addition, post-curing in the furnace is no longer necessary. And: glass ceramics in all different color nuances with their enamel-like translucency have an excellent visual appearance. The prosthesis can be optimally chosen according to the patient's tooth color and looks completely natural."

Thinking outside of the box led to the desired results

Yet, how did the researchers manage to elicit so many improvements from a material that is considered to have reached its full potential? Glass ceramics consist of an amorphous glassy phase and a crystalline portion. So far, researchers have tried to push the proportion of the crystalline phase as high as possible – after all, it was the crystalline phase that provided the strength. However, the two scientists at the Fraunhofer ISC broke with conventional wisdom. "Instead, we have turned to the properties of the glass phase – and thus achieved something amazing," explains Durschang, who has been developing glasses and glass ceramics at the Fraunhofer ISC since 1996. "Adding various metal oxides to the amorphous portion increases its strength. Thus the amorphous portion of the unpleasant residual glass that one wants to get rid of is transformed into a useful portion that even increases the overall strength."

The project extended far beyond the actual material development. The two partner companies received everything from a single source: from the initial solution idea to the CE-certified production plant. In the meantime, this new type of glass ceramic is already in use by many dentists. The annual revenue of these glass ceramics at the two partner companies is already in the double-digit million range – annual growth rates of around 20 percent are expected in the coming years.

This press release is published by the Fraunhofer-Gesellschaft
More Information about the Fraunhofer Research Awards: https://www.fraunhofer.de/en/about-fraunhofer/excellence-in-research/fraunhofer-...

https://youtu.be/I2tbCgZkwPI The video "New teeth: Highly rigid – and ready for immediate use" is available on Fraunhofer's youtube channel

<
Until the development of the Fraunhofer ISC solution, glass ceramics were considered to have reached ...
Piotr Banczerowski / Fraunhofer-Gesellschaft 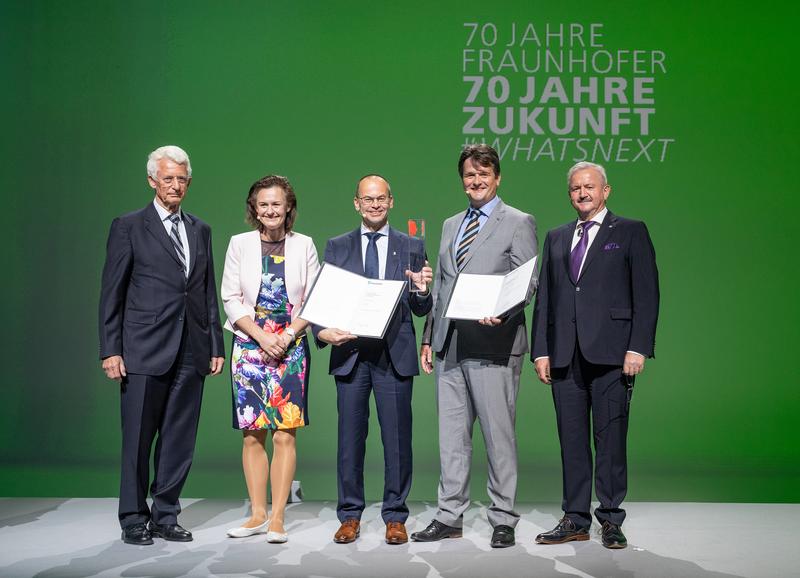 Until the development of the Fraunhofer ISC solution, glass ceramics were considered to have reached their maximum potential. 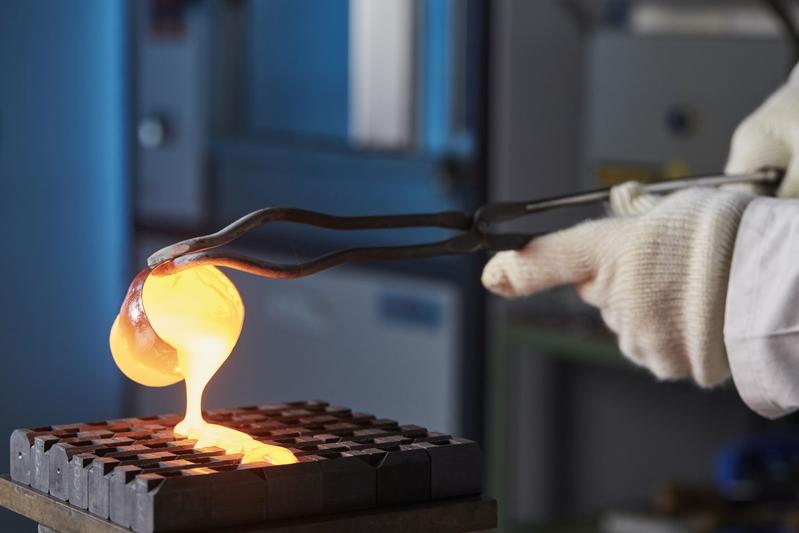