Home > Pressemitteilung: Flashes on the Moon

Flashes on the Moon

On the moon flashes and other enigmatic light phenomena can be observed again and again. With a new telescope, a professor at the University of Würzburg wants to get to the bottom of these phenomena.

It happens several times a week. Sometimes it is only short flashes of light that appear on the surface of the moon. Other light phenomena on the Earth's satellite can last longer. And sometimes there are also places that darken temporarily.

Science does not know exactly how these phenomena occur on the moon. But it has attempts to explain them: the impact of a meteor, for example, should cause a brief glow. Such flashes could also occur when electrically charged particles of the solar wind react with moon dust.

"Seismic activities were also observed on the moon. When the surface moves, gases that reflect sunlight could escape from the interior of the moon. This would explain the luminous phenomena, some of which last for hours," says Hakan Kayal, Professor of Space Technology at Julius-Maximilians-Universität Würzburg (JMU) in Bavaria, Germany.

Moon telescope set up in Spain

Kayal is most interested in these appearances. "The so-called transient lunar phenomena have been known since the 1950s, but they have not been sufficiently systematically and long-term observed. This is currently changing, and the JMU professor wants to make his contribution.

As a first step, Kayal's team built a lunar telescope and put it into operation in April 2019. It is located in a private observatory in Spain, about 100 kilometres north of Seville in a rural area. Why Spain? "There are simply better weather conditions for observing the moon than in Germany," says Kayal.

The telescope is remote-controlled from the JMU campus. It consists of two cameras that keep an eye on the moon night after night. Only if both cameras register a luminous phenomenon at the same time, the telescope triggers further actions. It then stores photos and video sequences of the event and sends an e-mail message to Kayal's team.

The system is not yet completely finished – the software, which automatically and reliably detects flashes and other light phenomena, is being further refined. Kayal plans to use artificial intelligence methods, among other things: neuronal networks ensure that the system gradually learns to distinguish a moon flash from technical faults or from objects such as birds and airplanes passing in front of the camera. It is estimated that another year of work will be required before this can be done.

For Kayal, reducing the false alarm rate as much as possible is only the first milestone in this project. The system, which he is developing on Spanish soil, will later be used on a satellite mission. The cameras could then work in orbit around the earth or the moon. The professor hopes that this will lead to much better results: "We will then be rid of the disturbances caused by the atmosphere".

What happens once the telescope has documented a luminous phenomenon? Kayal's team would then compare the result with the European Space Agency ESA, which also observes the moon. "If the same thing was seen there, the event can be considered confirmed." If necessary, further joint research could then be initiated.

New race to the moon

Interest in the lunar luminous phenomena is currently high. This is also due to a new "race to the moon" that is underway: China has started a comprehensive lunar program and at the beginning of January 2019 launched a probe on the far side of the moon. India is planning a similar mission. As a reaction to these initiatives US President Donald Trump spoke in May of a return of the USA to the moon and announced that he wanted to lead NASA back "to its old size".

Behind all these activities are prestige reasons and a striving for technological “supremacy" in space. China and other players such as Space X, however, are also considering the moon as a habitat for humans in the long term. In addition, there are raw materials on the moon – for example, rare metals that are needed for smartphones and other devices.

"Anyone who wants to build a lunar base at some point must of course be familiar with the local conditions," says Professor Kayal. What if such plans should ever become concrete? By then at the latest, it should be clear what the mysterious flashes and luminous phenomena are all about.

JMU students are also involved in the study of lunar phenomena. For example, they can write bachelor's or master's theses on the topic. At the University of Würzburg there is a Bachelor's programme in “Aviation and Space Computer Science”, taught in german. The Master's programme "Satellite Technology", which is taught in English, fits in well with this. In addition, you can choose to specialize in Aviation and Space Technology in the Master's programme in Computer Science.

<
Professor Hakan Kayal next to the moon telescope.
(Photo: Tobias Greiner)
None

<
The observatory in Spain. The Würzburg moon telescope stands in one of the containers.
(Picture: Hakan Kayal)
None

Professor Hakan Kayal next to the moon telescope. 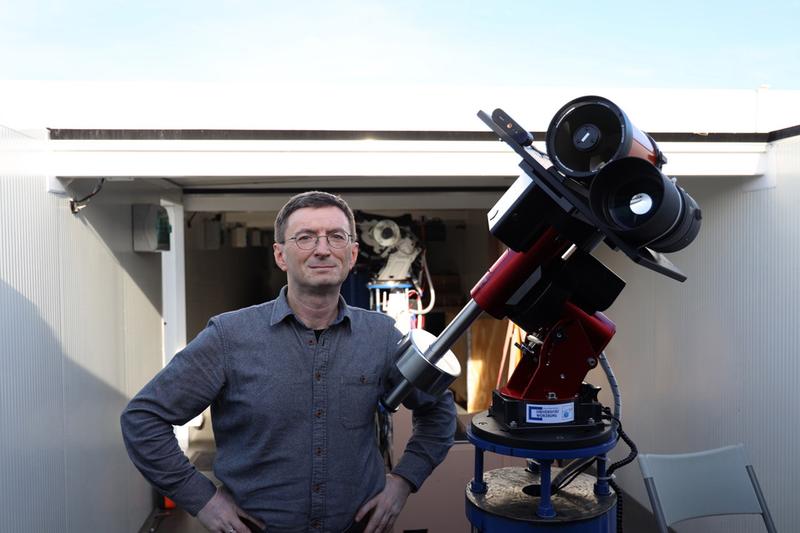 The observatory in Spain. The Würzburg moon telescope stands in one of the containers. 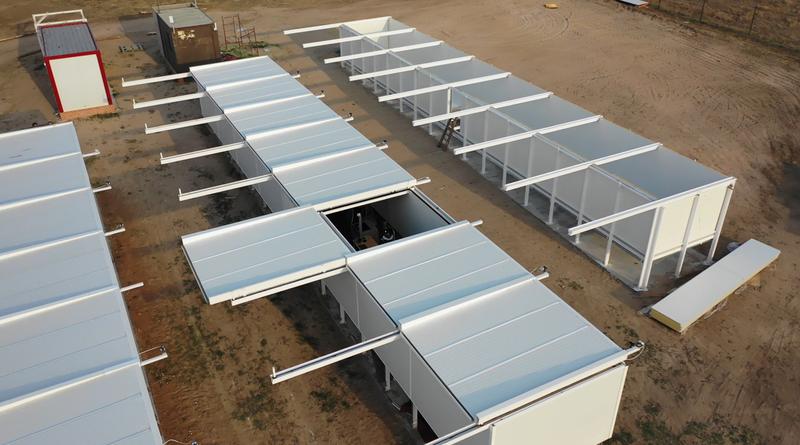