Something old, something new in the Ocean`s Blue
Erweiterte Suche ?

Home > Pressemitteilung: Something old, something new in the ...

Something old, something new in the Ocean`s Blue

Microbiologists at the Max Planck Institutes in Marburg and Bremen have discovered a new metabolic process in the ocean. Ranging from molecular structures of individual genes and detection of their global distribution, their results give insight into the pathway process and its degradation products and thus provide valuable information for future calculations of the ocean`s carbon dioxide balance.

Charles Darwin suspected something in the "clear blue water" of the ocean that was even smaller than the protozoa he could see under the microscope. "Today we know that every liter of ocean water is swarming with hundreds of millions of microorganisms," explains marine researcher Rudolf Amann, Director at the Max Planck Institute for Marine Microbiology in Bremen. His colleague Tobias Erb from the sister institute of terrestrial Microbiology in Marburg adds: "Although only micrometers in size, the microorganisms with their sheer number and high rate of metabolism have a strong impact on energy flow and biomass turnover in the oceans.”

Whilst the unicellular algae, also known as phytoplankton, convert CO2 into biomass, other microorganisms come onto action when the algae excrete the fixed carbon - either during their life, or when they die - sometimes in mass, as after the so-called algae bloom. Even in surface water, single-cell organisms process many thousands of tons of algae biomass: a central process in the marine life cycle. One of the most important compounds in the ocean is glycolic acid, a direct by-product of photosynthesis that is partly converted back into CO2 by marine bacteria. But here, the picture becomes blurred - the exact fate of the carbon in glycolic acid was unknown so far.

In order to come to gain a useful assessment of the global carbon cycle, however, the equation must not have too many unknowns. As we know today, too much CO2 influences life in the ocean. Increased concentrations of CO2 in seawater acidify the oceans, disturb the balance between phytoplankton and microorganisms and ultimately influence global climate. In order to understand the consequences for climate change on a global scale, a precise knowledge of the bacterial degradation of algae biomass is indispensable. For this, however, we need precise basic knowledge of the location, rate and extent of nutrient networks in the ocean. So what exactly is the fate of the glycolic acid`s carbon, which globally means substance quantities in the range of one billion tons per year?

Researchers do not always have to start from scratch - sometimes there are already known puzzle pieces, they just have to be recognized and placed correctly. One such piece is the β-hydroxyaspartate cycle. It was discovered more than 50 years ago in the soil bacterium Paracoccus. At that time, the metabolic pathway received little attention and its exact biochemical processes remained unexplored. Dr. Lennart Schada von Borzyskowski, first author of the current Nature publication, is a postdoctoral fellow in Tobias Erb's department at the Max Planck Institute for Terrestrial Microbiology in Marburg, discovered this metabolic pathway in the course of literature research. "Looking at this metabolic pathway, I noticed that it should be more efficient than the process previously assumed for the degradation of glycolic acid, and I wondered whether it might be more important than originally assumed," the scientist reports.

Equipped with only a single gene sequence, he came across a cluster of four genes in databases that provided the construction instructions for four enzymes. In combination, three of the enzymes were sufficient to process a compound derived from glycolic acid. But what was the fourth enzyme responsible for? Schada von Borzyskowski tested this enzyme in the laboratory and discovered that it catalyzed an imine reaction previously unknown in this context. This fourth reaction closes the metabolic pathway to an elegant cycle through which the carbon of glycolic acid can be recycled without the loss of CO2.

A cooperation with scientists from the University of Marburg made it possible to study the glycolic acid metabolism and its regulation in living microorganisms. "Now our task was to look for the presence and activity of these genes in marine habitats and their ecological significance," Tobias Erb explains. The cooperation between the Marburg biochemists and the marine researchers at the Max Planck Institute in Bremen proved to be highly fruitful, as the latter have been studying the marine communities near Helgoland for years, in particular the bacterial populations during and after algal blooms. In several excursions on the high seas, the scientists from Marburg and Bremen measured formation and consumption of glycolic acid during algal bloom in spring 2018. Indeed: the metabolic cycle was actively involved in the metabolism of glycolic acid.

The blueprints of the metabolic cycle also were found repeatedly in the bacterial genome sequences that the TARA Oceans expedition had collected from the world's oceans over a distance of 10,000 kilometers, with a on average 20 times higher prevalence than all other postulated degradation routes for glycolic acid. Thus the rediscovered metabolic pathway is not a niche existence, but on the contrary widespread. These new findings still amaze Rudolf Amann: "The discovery of our colleagues in Marburg turns our previous understanding of the fate of glycolic acid upside down. Our data show that we have to reassess the cycle of billions of tons of carbon in the oceans." As Tobias Erb continues: "This work makes us aware of the global dimensions of the metabolism of microorganisms, and at the same time it shows us how much we still have to discover together.” 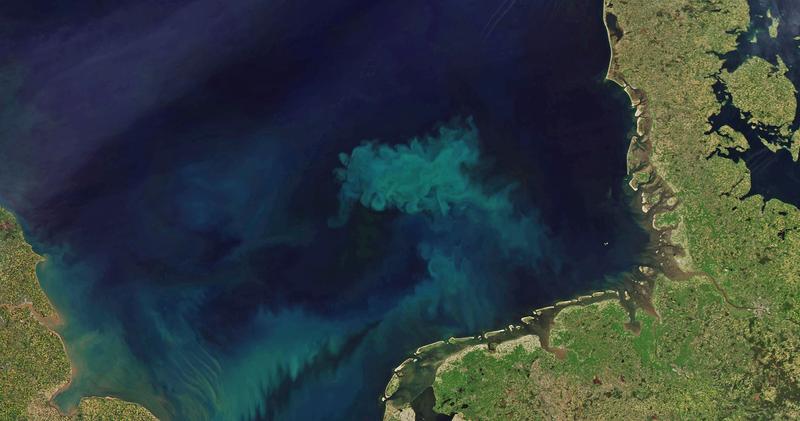 Microbial research ranged from unraveling molecular principles in the laboratory to verifying their significance for the marine ecosystem. 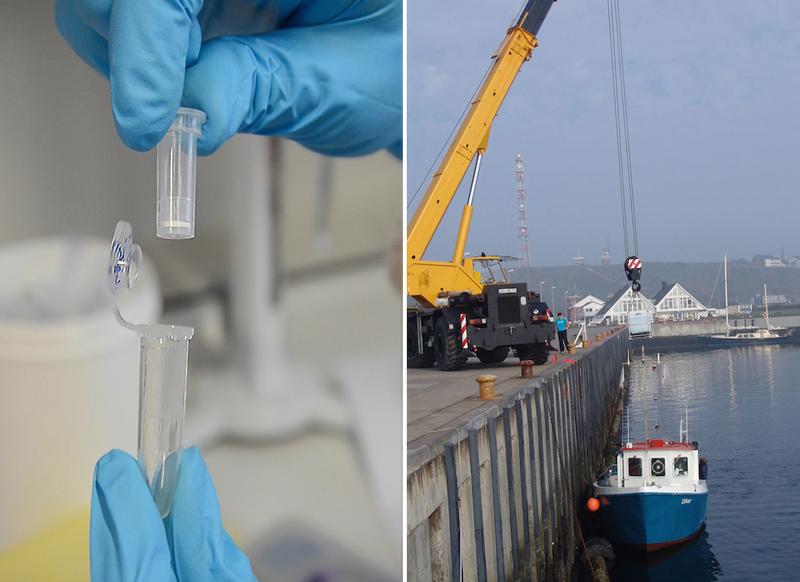