Many believe that we are living in a knowledge society, when in fact the plethora of raw data and unlinked information that we gather too rarely lead to real knowledge and understanding, says Jonathan Jeschke. In an interview, the ecologist talks about an innovative database for researchers that he hopes will shed light on “knowledge in the dark” – he also calls on scholars to adopt a more interdisciplinary approach in their work.

The interview was conducted by Wiebke Peters.

Has there not always been such a discrepancy?

Sure, but it has widened. There is a well-known quote by the American author John Naisbitt from 1982: “We are drowning in information but starved for knowledge.” This rings true today more than ever before. When I was working on my doctoral thesis at the turn of the millennium, I still had to go to the library to read publications and make photocopies of them. Even then, I was struck by the enormous number of publications lined up on the shelves – and how little they were read. Much more is being published today, now online, but of course the amount of time we have available for reading has not increased. We are drowning in publications, most of which are barely read. We supposedly live in a knowledge society, but in fact we know surprisingly little, particularly concerning the greatest challenges humanity is facing. One of the main reasons for this is that we have become hyper-specialised, and increasingly think in silos, which I find problematic.

As an ecologist, for example, one often deals with topics that ought to be addressed in an interdisciplinary way: proposed solutions will be patchy if I only explore biological aspects and ignore the human dimension. But it’s extremely difficult to do this well because we are trapped in our own expertise. As soon as you start interacting with other experts, you realise that you are unable to understand them! This is the case not only with regard to language, but also regarding the logic and assumptions underlying other disciplines, or the methods applied. That makes it difficult to identify potential pitfalls. I notice it every time we team up with other groups for an interdisciplinary project: at the beginning, we are busy finding a common language. Sometimes the different usage of terms even causes genuine linguistic confusion.

Can you give me an example?

What other problems do you see in the natural sciences, and especially in ecology?

Some issues are studied very thoroughly, whereas others are almost completely ignored – this is known as the Matthew effect. For example, a lot of research has been done on terrestrial plants and vertebrates, but we know little about freshwater organisms. Another problem is that biodiversity stressors, such as light pollution, biological invasions or climate change, are typically investigated in isolation of each other – their joint effects are rarely looked at. At IGB, we are increasingly trying to better integrate such anthropogenically driven changes, for example in the context of cities. Fashions in science are also a problem because they may lead to publication biases: researchers may find a particular result more interesting than another one and will thus prioritise its publication. Such biases make it difficult to understand what is really going on, and may produce even more dark knowledge.

What can be done to ensure that more knowledge is generated and brought out of the dark?

Open science is an important movement in this respect: making data, methods and publications openly available is just one aspect, but it is an important one. Only if I can access data and information will I be able to use them.

So even larger volumes of data – is this where we completely lose the plot?

Not if the data and information are structured intelligently. Researchers, students, journalists and others are constantly faced with the question of where to get the information they need for their work. Textbooks are a good source of information, but they tend to be outdated at the moment they are published. Literature databases, such as the Web of Science or Scopus, are behind a paywall, and Google Scholar has not markedly advanced for years. We need innovative approaches for visualising information in databases, and such approaches already exist, e.g. the freely accessible Open Knowledge Maps portal. We have also taken steps in this direction: last year, we presented the first version of our Hi-Knowledge.org website that links topics with each other. We are keen to pursue and improve this approach in the future together with partners such as Open Knowledge Maps and Wikidata. For Hi-Knowledge, we have so far focused on invasion hypotheses. More specific hypotheses or subtopics are assigned to each general hypothesis: How many studies support or question a hypothesis? Which studies address which specific aspects of the hypothesis?

So you get an instantaneous overview of topics that may exist, and how intensively they are being explored?

Exactly. At the moment, our project focuses on hypotheses, but in the future, we hope to expand it to a broader range of topics. Then it will be possible to gain access – quickly and intuitively – to specific information such as: the names of experts who are working on a topic that I am interested in, or the species that have been investigated regarding a particular topic. This could theoretically be extended to all disciplines – into a kind of Google Maps for science.

How would such a map be structured?

The bottom level would consist of the raw data. Above that would be the publication, the specific question or hypothesis, the general question, the sub-discipline and the overarching discipline. There would be cross-links at every level, for example to related sub-disciplines or similar topics. The database would be continuously expanded, not only automatically based on an algorithm – this is where artificial intelligence comes in – but also by individual researchers entering or correcting data and publications, and creating links accordingly. This could solve a key problem: the problem of quickly getting an overview and finding out who, wherever in the world, has addressed similar issues in the past.

What needs to change in the battle against knowledge in the dark?

Another important point is definitely that researchers and scientific institutions should be evaluated in a more diverse manner than is currently the case. Pretty much the only things that count today are publications, citations and acquired funding. It makes little difference in most evaluations whether scholars are good at mentoring or teaching, that is, if they are able to pass on their knowledge to the benefit of others, or to communicate it to the general public. And yet these are factors that generate knowledge and help us make progress as a society. I find it important to promote researchers’ individual strengths, and not to evaluate all researchers based on the same criteria. Otherwise, we will continue to lose diversity and indeed some key skills in science.

You have also developed the idea of establishing an international court of arbitration for research. What would its tasks be?

A number of countries, such as Austria, already have such an institution at the national level. But in many other countries, including Germany, potential academic misconduct is investigated by the institutions where such cases came up, for example questionable dissertations. Such cases are thus not assessed independently. An international research court would allow that, and it would also allow researchers to let a case be examined if they feel they have been treated unfairly. I furthermore find it important that cases of potential scientific misconduct are internationally treated in the same way, as science is global. Finally, an international authority would spark a broad debate of what constitutes scientific misconduct and which behaviour is acceptable – there is little discussion about this at present.

You hold a professorship in Ecological Novelty at Freie Universität Berlin, so you are also teaching. What do you try to convey to your students?

I consider it important to teach students what they need in order to work successfully as an ecologist, either in research or elsewhere – and to help them realise how important it is to scrutinise studies and hypotheses, to organise data and information, and to share them. I sometimes visit schools, too, and give public talks; depending on the event, I also go into facets of dark knowledge.

Assuming that we manage to reduce knowledge in the dark – what would change?

Knowledge that is presently trapped in specialist silos would be more widely available. We would collaborate more effectively and be better able to respond to the grand challenges humanity is facing. This can only be done with an interdisciplinary approach. Let’s jointly create more real knowledge!

About the Leibniz-Institute of Freshwater Ecology and Inland Fisheries (IGB):

“Research for the Future of our Freshwaters” is the mission of the Leibniz-Institute of Freshwater Ecology and Inland Fisheries (IGB). IGB is Germany’s largest and one of the leading international research centres for freshwaters. It combines basic and preventive research, trains young scientists and advises decision-makers and society for a sustainable freshwater management. Its key research activities include the long-term development of lakes, rivers and wetlands and the effects of climate change, the renaturation of ecosystems, the conservation of aquatic biodiversity, and technologies for sustainable aquaculture. Work is conducted in close cooperation with universities and research institutions from the Berlin-Brandenburg region as well as worldwide. IGB is a member of the Forschungsverbund Berlin e.V., an association of eight research institutes of natural sciences, life sciences and environmental sciences in Berlin. The institutes are members of the Leibniz Association. https://www.igb-berlin.de/en

<
Shedding light on knowledge in the dark: open science is an important way forward.
Photo: StockSnap/Pixabay
None

Shedding light on knowledge in the dark: open science is an important way forward. 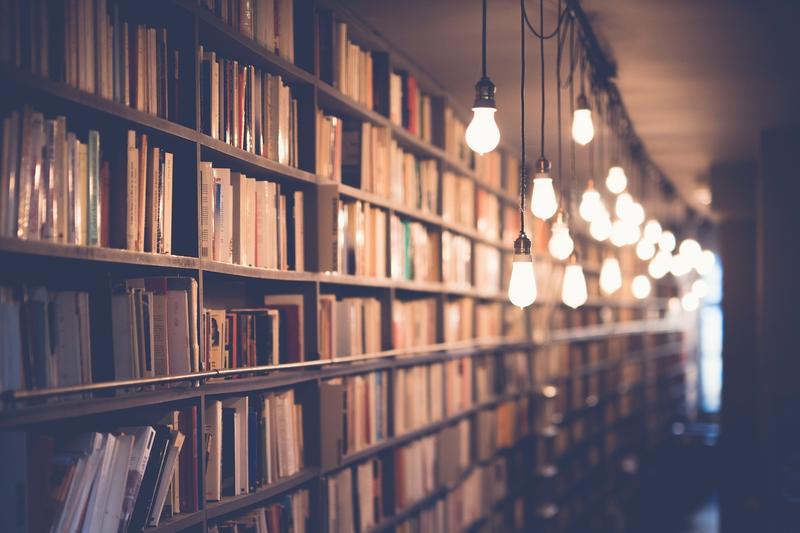