Higher atmospheric layers are becoming more and more interesting for climate researchers, but the areas above 40 km are only directly accessible with sounding rockets. A newly developed LIDAR system (Light Detection and Ranging) with a diode-pumped alexandrite laser will soon make such research possible remotely. Scientists from the Leibniz-Institute of Atmospheric Physics (IAP) and the Fraunhofer Institute for Laser Technology ILT are developing a system that is not only easy to transport but also works independently. In the future, a LIDAR network will be able to deliver data from the atmosphere continuously and on a large scale.

Climate change is a hot topic. Understanding it scientifically, however, requires valid models of temperature and wind distribution in the atmosphere. Measurements in the upper stratosphere up to the thermosphere (30-120 km) are difficult to capture. An innovative ground-based LIDAR system now offers a new approach to collecting this data.

Since the 1990s, the IAP in Kühlungsborn has been pioneering research into the mesosphere with its own LIDAR systems. Owing to its flash lamp-pumped alexandrite laser, the system filled a complete ship container. Its use was also limited since it consumed a great deal of energy and required complex alignment.

Breakthrough with a diode-pumped alexandrite laser

The experts from IAP and Fraunhofer ILT have developed a new LIDAR system in long-term bilateral projects and in the ALISE project, funded by the German Aerospace Center (DLR). The system is the size of a washing machine and, thanks to its innovative laser design, is virtually maintenance-free. In addition to a smaller size, its energy consumption has also been reduced by a factor of 100 and is now under 500 watts.

The core of the new system is a diode-pumped alexandrite laser developed at Fraunhofer ILT. The system delivers pulses of up to 1.7 mJ at a repetition rate of 500 Hz, providing high spatial and temporal resolution. Thanks to a pulse-to-pulse stability of 0.2 percent and a high beam quality (M² better than 1.1), it makes precise measurements at the targeted altitudes possible. Another particularly important feature for LIDAR applications is the small line width of less than 4 MHz, which the laser delivers in pulsed single-frequency operation.

Within the DLR project, experts at Airbus evaluated the laser's suitability for space applications. The overall system was successfully tested at laboratory level and classified at Technology Readiness Level (TRL) 4. The components of the laser, which are compatible with the FULAS platform for laser applications in space developed at Fraunhofer ILT, even meet TRL 6 – which corresponds to validation under realistic operating conditions.

The first two generations of the new alexandrite laser were laboratory set-ups that have already delivered measurement results from the atmosphere. The third generation is even more compact and adapted for integration into a transportable system for field measurements.

Outside the laser, a new patent-pending technology was used to hold the optical components in place: The optics are clamped in special plastic holders. These, in turn, are parts of entire modules that are manufactured particularly cost-effectively with a 3D printer. The modules are integrated into an instrument carrier, which can also be produced by 3D printing to a large extent.

The scientists set up the first of the compact LIDAR systems in October 2019. Three more systems will be completed by the end of 2020. They intend to set up a network of LIDAR systems for the VAHCOLI project – VAHCOLI stands for “Vertical And Horizontal COverage by LIdar”. The LIDAR network will be used to measure wind and temperature fields in the middle atmosphere for the first time in three dimensions with high time resolution.

To continue developing the LIDAR systems with the alexandrite laser, IAP inaugurated a new hall in September 2019. Not only can more VAHCOLI systems be built there, but further developed beam sources from Fraunhofer ILT – for example, with an extended wavelength range for UV measurements – can also be tested.

The method developed at IAP for temperature measurements based on iron atoms (386 nm) was used for the first time to precisely determine polar summer temperatures in the Antarctic. Due to the possibility of tuning the laser wavelength over a further range (approx. 720-810 nm), many other important measurement wavelengths can be achieved in the future.

Currently, the compact LIDAR systems use the potassium line at 770 nm for measurements in the atmosphere. With these systems, measurement campaigns are planned in the polar regions, among other places. With the new, particularly stable laser technology, a large number of measurements will also be possible, for example, with the system on airplanes to measure the distribution of volcanic dust in the atmosphere or, in the medium term, satellite-based to collect global climate data.

<
A diode-pumped alexandrite laser reduces the size and energy requirement of the LIDAR system by a fa ...
© Fraunhofer ILT, Aachen, Germany.

<
The compact and stable LIDAR system will make it possible to use a LIDAR network for the first time.
© Leibniz IAP, Kühlungsborn, Germany.

A diode-pumped alexandrite laser reduces the size and energy requirement of the LIDAR system by a factor of 100. 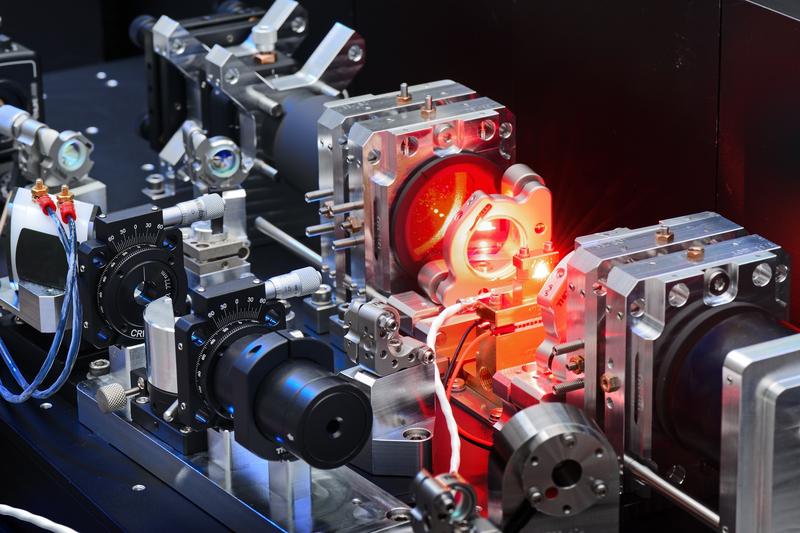 The compact and stable LIDAR system will make it possible to use a LIDAR network for the first time. 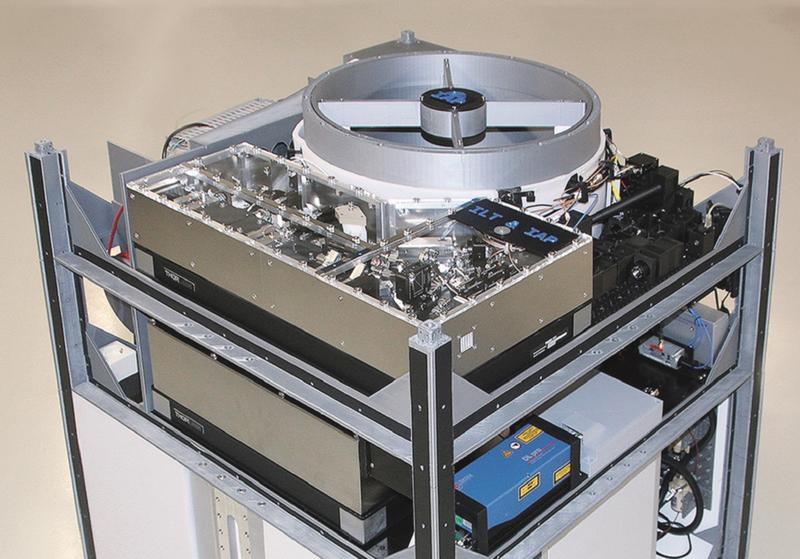