Data on emission amounts and sources have an important role to play in shaping policy on climate protection and air quality. Now, a team of scientists under the guidance of IASS Scientific Director Mark Lawrence has presented the first high-resolution inventory to record emissions of greenhouse gases and air pollutants in Nepal over an extended period of time. Their research reveals that the air pollution problem is growing at a much faster rate than the economy.

“Over eighty percent of Nepal’s energy needs are met by biomass, in particular, wood. This gives rise to considerable amounts of particulate matter and ozone precursors, which adversely affect the climate, air quality, human health, crops and the cryosphere, those parts of the Earth’s surface where water is in solid form. The emissions inventory helps us identify the main causes of emissions, the proportional contributions of individual sources or sectors, and critical regions,” explains lead author Pankaj Sadavarte (currently at SRON Netherlands Institute for Space Research), who worked on the study as a postdoc at the IASS. The researchers estimated emissions from fuel consumption due to technology use in private households, industry, agriculture, the transport sector, and other economic sectors in the period from 2001 to 2016.

In Nepal, private households account for a much larger share of fuel consumption and hence emissions, especially particulates, than in industrial nations like Germany. For example, in 2011 they were responsible for 58 per cent of emissions of soot, one of the main components of particulate matter. The traditional low-efficiency wood-burning stoves used in most Nepalese homes for cooking and heating are the main culprits here. As well as being detrimental to human health, soot is an important climate forcer, the second largest after carbon dioxide. Carbon dioxide emissions in the same year came mainly from industries (46%), notably cement factories, followed by private households (31%), and transport (14%).

The significant increase in total emissions from industry and the transport sector is particularly striking. In the period from 2001 to 2016 industrial emissions tripled and emissions from transport more than quadrupled. By contrast, the increase in emissions from private households, though still the dominant source, was only marginal over the same period. “Fossil-based energy consumption increased manifold during the investigation period. For example, consumption of LPG, petrol and diesel rose by a factor of 7, 6 and 4 respectively. But the national gross domestic product increased by only 74% from around US$11.42 billion in 2001. This means that the pollution problem is growing at a much faster rate than the economy – a trend that should ideally be reversed,” says co-author Maheswar Rupakheti, a research group leader at IASS.

The researchers are currently working on part 2 of the inventory, which will present data on emissions from open fires, like agriculture waste and municipal solid waste. According to Rupakheti, as well as advancing research, the data can make a valuable contribution to analysing the mitigation potential of various measures and designing evidence-based policies. “They are helpful when it comes to evaluating potential air quality solutions with co-befits to climate other associated issues. We have calculated, for example, that the most important air pollutants can be reduced by 30 per cent if so-called superemitters –highly polluting vehicles – are removed from the transport system. So that would be a good immediate policy target.” With this new emissions inventory and the forthcoming second part, the researchers are working to develop further air quality and climate protection strategies together with stakeholders on the ground in Nepal. 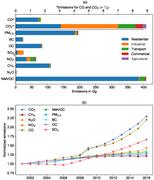 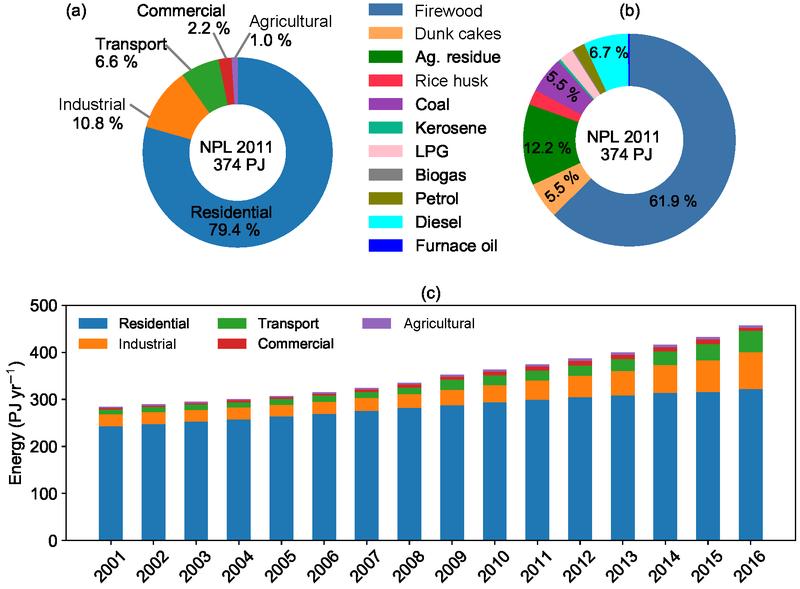 National emission estimates for aerosols and trace gases for (a) each sector in 2011 and (b) normalized trends for the period 2001–2016. 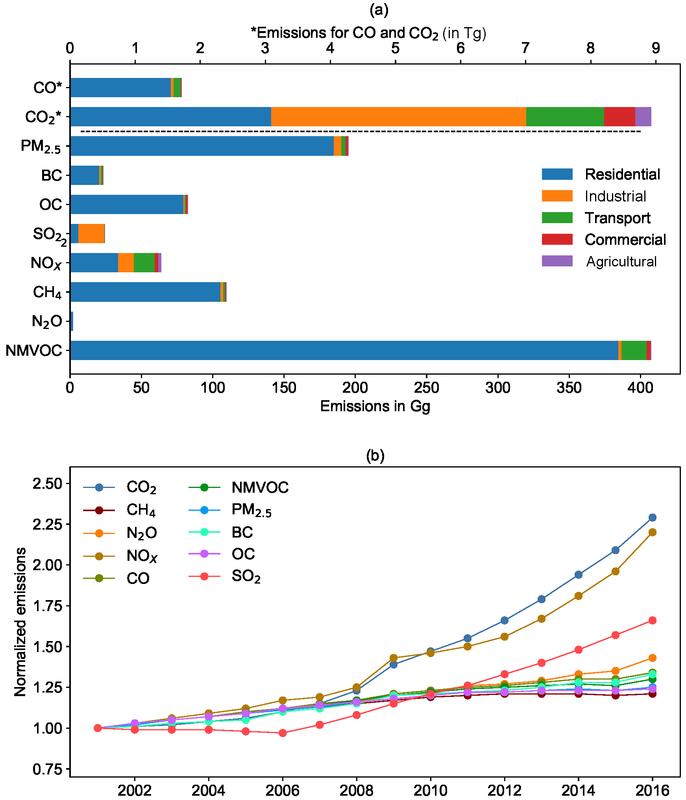