MDC researchers established a new model to study neuromuscular development and disorders. For the first time two distinct human tissues co-developed in the lab from one progenitor cell type and self-organized into a complex, functional neuromuscular organoid.

The Gouti lab from the Max Delbrück Center for Molecular Medicine in the Helmholtz Association (MDC) has developed functional neuromuscular organoids (NMOs) that self-organize into spinal cord neurons and muscle tissue. Together the two cell types form a complex neuronal network that directs muscle tissue to contract. The neuromuscular organoids, described in the journal Cell Stem Cell, represent a breakthrough for the study of human neuromuscular system development and disease.

The control of body movement is achieved by a complex neuromuscular network that includes the generation of rhythmic patterns of neuronal activity essential for locomotion. Defects in this network are the cause of incurable neuromuscular diseases that result in paralysis and death. Studying the diseases that affect this system has been difficult due to the limited availability of reliable human cell culture models.

There are several unique features that make these organoids a particularly attractive model for neuromuscular development and disease. A key feature is the development of functional neuromuscular junctions, which transmit signals that are essential for movement. Neuromuscular organoids are the first example where spinal cord neurons, skeletal muscles and Schwann cells co-develop from the same progenitor cells and form functional neuromuscular junctions. Furthermore, the organoids developed a complex circuitry that mimics central pattern generator (CPG) circuits, which produce oscillating, rhythmic signals critical for breathing and walking.

“Our initial goal was to develop functional neuromuscular junctions, but the findings exceeded our expectations because the additional development of the CPG-like networks was an exciting but unexpected finding,” said Dr. Mina Gouti, who heads MDC’s Stem Cell Modeling of Development and Disease Lab. “This has not been shown in a human in vitro model before, and offers entirely novel possibilities, including the study of CPG involvement in neurodegenerative diseases.”

Organoids are miniature, simplified organ-like structures grown in the lab. While techniques for developing organoids for different tissues have advanced in the past decade, it has remained a significant challenge to simultaneously grow two different tissue types into a single functional organoid. For example, to study human neuromuscular junctions, spinal cord neurons and muscles have initially been grown separately and later combined and allowed to interact. In that approach, junctions indeed formed but showed limited functionality and part of the reason was the absence of the all-important Schwann cells.

“It is very limiting if you only have an enriched system for neurons or muscles and then combine them,” said Jorge-Miguel Faustino Martins, first author and a bioengineering PhD student in Gouti’s lab. “It doesn’t really mimic what happens in the embryo where you have both systems developing simultaneously. By combining the potential of stem cells with the powerful organoid technology, neuromuscular organoids present an exciting model to study neuromuscular diseases as well as a robust model for developmental studies where the formation of complex neuromuscular circuitry can be analyzed in real time in 3D microenvironment closer to the one present in the embryo.”

The importance of the right progenitor cell type

To overcome this challenge, Gouti and her colleagues followed up on their earlier findings that allowed the conversion of human pluripotent stem cells into axial stem cells, which are known to give rise to both the spinal cord and skeletal muscle during normal embryonic development. They turned the stem cells into the desired type of axial stem cells, called neuromesodermal progenitor cells.

When the axial stem cells were placed in a 3D cell culture, they differentiated and self-organized into complex structures comprising spinal cord neurons and skeletal muscle tissue. This resulted in the development of functional neuromuscular junctions containing terminal Schwann cells, and the formation of complex spinal neural networks similar to central pattern generators (CPG).

“It is striking that the two different tissues can self-organize in 3D and develop advanced functional networks,” Gouti said. “These organoids started contracting after 40 days in culture. This activity was driven by the release of neurotransmitter acetylcholine from the resident motor neurons in the organoid and was not due to spontaneous muscle activity seen in other systems. We were able to show that, because pharmacological blocking of the acetylcholine receptors was sufficient to abolish muscle contraction.”

The organoids grow to 6 millimeters in diameter on average and can be kept alive in the lab without deteriorating for several months. Currently, the oldest neuromuscular organoids have been kept in culture for 1 ½ years. Importantly, analysis showed neuromuscular organoids can be formed with similar efficiency from different human pluripotent stem cell lines. Thus, this will be a widely applicable approach, particularly suitable for the study of neuromuscular diseases using patient derived induced pluripotent stem cells (iPSCs).

A model for neuromuscular diseases

To assess the potential of NMOs to study neuromuscular diseases, the team modelled an autoimmune disease affecting neuromuscular junctions called myasthenia gravis. Serum from two patients with the disease was applied to several organoids for 72 hours and this resulted in fewer muscle contractions mirroring the muscle weakness experienced by patients.

The diverse genetic origins and onset of debilitating neuromuscular diseases such as spinal muscular atrophy and amyotrophic lateral sclerosis have hampered the development of patient specific therapeutics. “The derivation of NMOs using patient-derived iPSCs will allow us to investigate their precise origin and progression. These organoids are better suited to study the contributions of specific cell types, such as terminal Schwann cells, at different stages of neuromuscular junction development and maturation that may contribute to neuromuscular diseases,” Gouti clarified. Future studies will apply patient-derived neuromuscular organoids to assess the effectiveness of different drugs and for personalized medicine approaches. 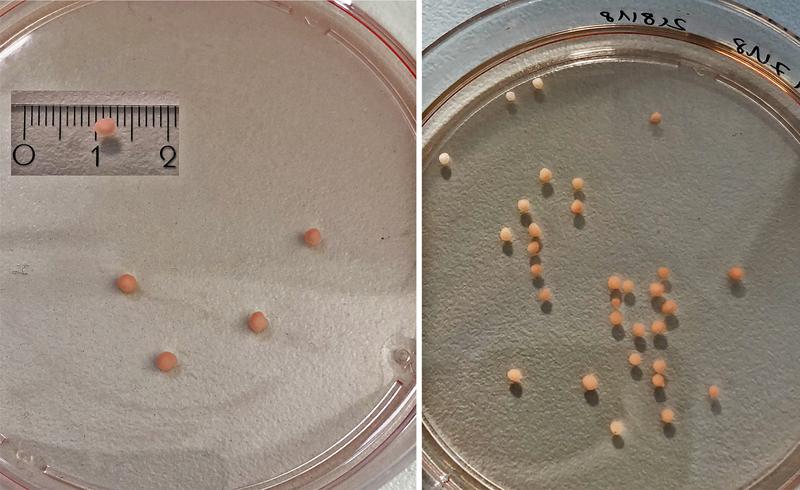