Home > Pressemitteilung: Why the goby can conquer the waters ...

Why the goby can conquer the waters of the world

The round goby, one of the most common invasive freshwater fish in the world, boasts a particularly robust immune system, which could be one of the reasons for its excellent adaptability. This is the result of genome research by an international team of biologists, coordinated at the University of Basel and published in the journal BMC Biology.

With its stocky, spotted body, big eyes and large mouth, the round goby (Neogobius melanostomus) may not be the most attractive of aquatic creatures, but it is one of the most successful invasive species of fish. Within a few years, it has spread rapidly around the world. Usually introduced via the ballast water from ships, the fish has now become the dominant species in terms of numbers in various fresh and salt waters. Its marked ability to adapt to new environments is apparently related to its immune system, as the researchers report based on their genome analysis.

Up to 30 times more inflammation genes

For this analysis, the researchers read and assembled particularly long genome fragments from a round goby originating in Basel. Because of their length, these fragments produced an exceptionally complete genome, which was used to analyze gene families that were thought to relate to the fish’s ability to deal with new environments. Here, the researchers described expansions in specific enzymes known as cytochrome P450.

Furthermore, the zoologists found that all the genes deployed in inflammatory immune responses are present in the fish – and, in some cases, up to 30 times more than in comparable species. This may help the round goby to deal with pathogens, thus favoring its successful colonization of waters around the world. But there is still one aspect that has the specialists puzzled: although round gobies are also found in highly polluted water – in ports, for example – they do not differ from other species in terms of detoxification.

Colder water than in their natural habitat

Furthermore, the researchers came across the genetic basis that allows the round goby not only to produce but also to accumulate osmolytes – substances that affect the osmotic state. These help the fish to deal not only with fluctuations in salinity but also with desiccation and cold. This could also explain why round gobies are also found in the Baltic Sea – that is, in water temperatures far below those of their original habitat.

The lead author of this international study, which involved about 20 researchers from Europe and North America, is Dr. Irene Adrian-Kalchhauser from the Man-Society-Environment MSE program at the University of Basel. In addition to Switzerland, the study also involved scientists from Sweden, Germany, the Czechia, Norway, Austria and Canada.

<
Within a few years, it has spread rapidly: round goby (Neogobius melanostomus).
University of Basel, Department of Environmental Sciences/MSE
None

<
Within a few years, it has spread rapidly: round goby (Neogobius melanostomus).
University of Basel, Department of Environmental Sciences/MSE
None

Within a few years, it has spread rapidly: round goby (Neogobius melanostomus). 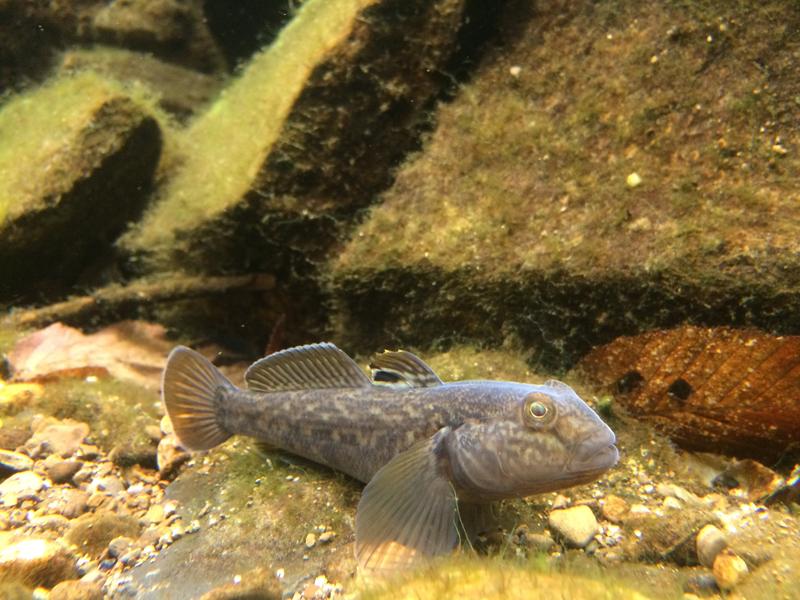