Christoph Keplinger was selected for an Alexander von Humboldt Professorship. At 36 years of age, he is one of the youngest award winner of Germany's most valuable international research award to date. Keplinger will hold the first professorship at the Else Kröner-Fresenius Center for Digital Health (EKFZ) at Technische Universität Dresden.

The internationally renowned physicist and materials scientist will strengthen and expand interdisciplinary research in Dresden in the field of soft robotics with his expertise. With a focus on long-term career prospects in Germany, negotiations are currently being held for a joint appointment with the Max Planck Society.

With his team at the University of Colorado in Boulder, Christoph Keplinger has made an internationally renowned name for himself with the development of artificial muscle systems in recent years. He develops functional polymers with unusual combinations of qualities such as electrical conductivity, coupled with elasticity, transparency and the ability to heal themselves. With its infrastructure and research profile, the Technische Universität Dresden offers excellent conditions for this research.

"Dresden with the TU Dresden and its excellent university medicine offers an attractive infrastructure for applied research," says Christoph Keplinger. "I am very pleased that the Alexander von Humboldt Professorship offers me the opportunity to establish an interdisciplinary research group for soft robotics with a medical focus in Dresden".

Keplinger aims at rethinking robotics in terms of appearance, functioning and application. His robot design is less reminiscent of steel arms and skeletons, but instead combines his knowledge of methods from physics and chemistry, and merges soft matter with advanced technologies to introduce a new class of robot materials. With the interaction of special electrical components for movement (so called actuators) and sensors, he creates modules for intelligent robot systems of the future.

The applications of his research range from medicine to wearable robotics, including active, lightweight implants, prostheses and exoskeletons, which provide high mobility for ageing people to complete their daily routines. Human-like robots to new types of human-machine interfaces are of high relevance for the medicine of the future. "With his research on next-generation active prostheses, actuator systems and surgical robotic tools, Professor Keplinger is a high-class contributor to Dresden's university medicine," says Professor Michael Albrecht, Medical Director of the Carl Gustav Carus University Hospital.
In order to guarantee Christoph Keplinger long-term access to fundamental research in the field of Robotic Materials/Soft Robotics, talks are currently being held with the Max Planck Society. The Max Planck Institute for Intelligent Systems in Stuttgart/Tübingen specialises in understanding the principles of perception, learning and action in autonomous systems that interact with complex environments. There are numerous points of contact for Keplinger's research projects. "The Max Planck Society is in close contact with TU Dresden as well as with Christoph Keplinger personally in order to open up long-term perspectives for him in Germany," explains Professor Ferdi Schüth, Vice President of the Max Planck Society.

"This intended close cooperation with one of Europe's leading research institutes for robotics will create an even greater value for TU Dresden, which will strengthen the development strategy outlined in our application for excellence in an outstanding way," says Professor Hans Müller-Steinhagen, Rector of TU Dresden. "With his work, Christoph Keplinger is moving very close to the zeitgeist of the tactile digital future. And Professor Heinz Reichmann, Dean of the Faculty of Medicine at TU Dresden, adds: "Our Faculty of Medicine has already established digital medicine as a cross-sectional area and development focus in 2018. Following targeted appointments and the acquisition of the EKFZ for Digital Health, the first major steps have already been taken to strengthen its profile. Professor Keplinger's research fits perfectly into this and expands our profile in this innovative field of research. "

The so-called HASEL concept (hydraulically amplified self-healing electrostatic actuators) developed by Keplinger is considered to be the most important achievement in the research of artificial muscles in the last ten years and a breakthrough in the way robots and actuator systems can be manufactured today. These artificial HASEL muscles are characterised by high speed and performance, as well as the ability to self-heal after electrical damage. He is thus creating synthetic systems that are astonishingly close to the capabilities of organisms existing in nature.

Keplinger has already been awarded numerous prizes for his research. He has received prestigious awards such as the US Packard Fellowship for Science and Technology in 2017 and international prizes such as the EAPromising European Researcher Award 2013 from the European Artificial Muscle Science Network.

"As a dynamically growing personality in the field of soft robotics and intelligent material-based actuator systems, Professor Keplinger has achieved outstanding scientific and public recognition worldwide. With his expertise, he is a great asset to the EKFZ and TU Dresden," affirms Professor Jochen Hampe, scientific speaker of the EKFZ for Digital Health.

Additional information:
Link to the TED Talk by Prof. Keplinger on “The artificial muscles that will power robots of the future” available at: https://www.ted.com/talks/christoph_keplinger_the_artificial_muscles_that_will_p...

About Christoph Keplinger: Christoph Keplinger has worked as an assistant professor at the University of Colorado Boulder since 2015. Based on his background in soft matter physics (PhD, JKU Linz), mechanics and chemistry (Postdoc, Harvard University) he runs a highly interdisciplinary research group in Boulder with the current focus on (I) Soft Robotics, (II) Energy Capture and (III) Functional Polymers. His work has been published in top journals such as Science, Science Robotics, PNAS, Advanced Materials, and Nature Chemistry and has been highlighted in popular journals such as National Geographic.
EKFZ: The Else Kröner-Fresenius Centre for Digital Health (EKFZ) was founded in September 2019 as a joint interfaculty initiative of Technische Universität Dresden, the University Hospital Carl Gustav Carus Dresden, several Fraunhofer Institutes and the Helmholtz-Zentrum Dresden-Rossendorf on the Dresden campus. The research centre focuses its research activities on innovative medical digital technologies at the direct interface to the patient. It is initially focusing its attention on the areas of "Robotics and Coworking", "Implants, Sensors and Devices" and "Connected Care". The centre is funded by the Else Kröner-Fresenius Foundation with a grant of 40 million Euros for a period of 10 years. 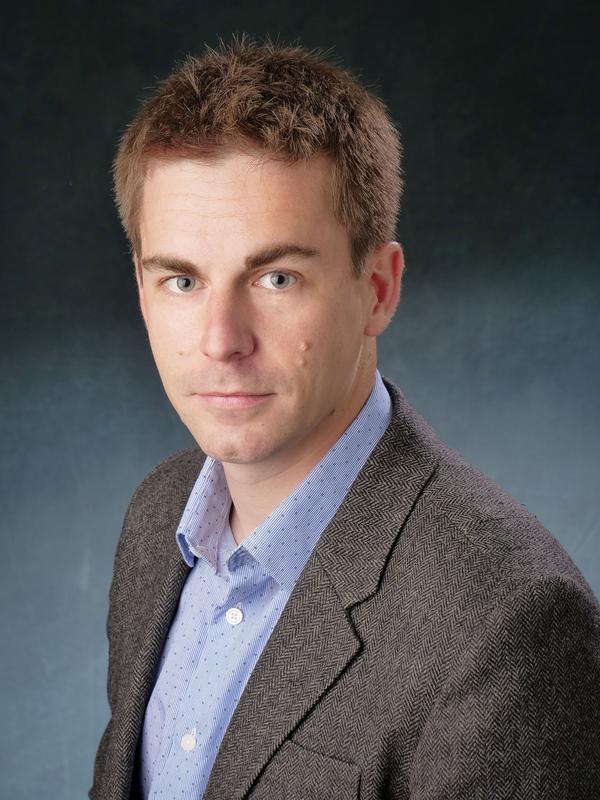