A group of international scientists with the participation of the Kiel Life Science (KLS) priority research area at Kiel University is preparing a global initiative for the preservation of microorganisms that are of crucial importance for human health in the long term: In the so-called 'Microbiota Vault' project, the aim is to identify, collect and permanently preserve the widest possible range of health-promoting microorganisms before they are lost forever under the increasing influence of civilisation factors such as antibiotic overuse or unhealthy nutrition.

A panel of recognised experts has now reviewed the project in a comprehensive feasibility study and recommended its implementation. The authors conclude that the project's objectives are valid and that the initiative is of great social importance and should be implemented within the framework of international cooperation for the benefit of the common good.

Depletion of the microbiome led to an increased incidence of diseases

"The preserved microorganisms will be used to extract health-essential components of the microbiome of certain groups of people not previously influenced by industrial lifestyles," explains Professor Thomas Bosch, who, as KLS spokesman, is responsible for the Kiel project contribution. "This indigenous population, for example in remote regions of the Amazon, harbors a microbial colonization that is not influenced by antibiotics, processed foods, or other factors of the Western lifestyle," Bosch continues. These harmful influences are collectively responsible for the fact that there has been a massive decline in diversity within the human microbiome. In recent decades, this decline has led to a dramatic increase in so-called environmental diseases: For example, obesity, asthma or allergies have increased to the same extent as extensive components of the human microbiome have been lost.

By comparison, people in urban areas have a much smaller diversity in their microbial colonization. The intestinal microbiome of North American urban dwellers, for example, comprises only about half of the microbial species compared to the hunter-gatherer societies of the Amazon regions. The microbes collected there will be examined in the microbial reservoir for characterization. The findings will then be made available to the global scientific community according to the open access principle.

Preservation of the lost microbes

The impetus for this ambitious initiative was provided by Professor Maria Gloria Dominguez-Bello and Professor Martin Blaser, both from Rutgers University in New Jersey, USA, who have done important pioneering work on the importance of lost microbes in recent decades. "These missing microbes could provide the key to the future treatment and cure of diseases caused by civilization, such as diabetes, Crohn's disease, and chronic inflammatory diseases," explains Bosch. In Kiel, the CAU Collaborative Research Center (SFB) 1182 "Origin and Functioning of Metaorganisms" is working to investigate the consequences of the interaction between microorganisms and the functions of their host organisms. The more researchers understand about these functional interactions, the microbes involved and their role in human health, the more urgent it becomes to ensure microbial diversity as quickly as possible. "Our goal is to win this race against time, to safeguard microbial diversity as comprehensively as possible and thus, as in the proverbial Noah's Ark, to save it from extinction. We want to make an active contribution to this at Kiel University within the framework of the priority research area and Collaborative Research Center 1182," Bosch emphasizes.

Trials in the upcoming pilot phase

As a concrete next step, the feasibility study recommends the implementation of a pilot phase in which, among other things, the technical infrastructures for the permanent preservation of the microbes should be tested. In addition, a suitable safe location for the construction of the storage facility should be found, if possible in a geographically suitable and politically stable place, for example in Norway or Switzerland. Furthermore, a partnership with a region or country is envisaged which, thanks to suitable indigenous population groups, could be a potential source for the microbial collection.

“The Microbiota Vault initiative will help us work with indigenous cultures, in whom the microbiome is more intact, to find microbes that could be stored, replicated, and reintroduced to protect the health of all people,” emphasized Blaser. In recognition of his lifetime achievement, the microbiologist and physician was awarded the Karl August Möbius-Fellowship of the Kiel CRC 1182 last year.

“We look forward to taking the next steps toward a pilot project with the goal of testing the legal and logistical framework of the Microbiota Vault. We’ll also start capacity building by creating dedicated courses at Rutgers and universities in Peru and other developing countries,” said Dominguez. “Preserving the diversity of human microbiota will help address a global health crisis in which conditions such as obesity, asthma and allergies are increasing worldwide, while our microbial diversity declines.”

The researchers emphasize that it may one day be possible to prevent environmental diseases by restoring the diversity of the microbiome in a preventive way. A prerequisite for this, they say, is first of all to collect the microorganisms of human societies not altered by civilisation, for example in South America. They possess the greatest microbial diversity, which must be safeguarded before they too come into contact with the effects of urbanisation.

Before the implementation of the pilot project, and thus also perspectively the permanent storage of the microorganisms in international cooperation can begin, solid financing must be secured. Based on the promising feasibility study, the participating institutions are now endeavouring to provide as much project funding as possible.

About the Study:
The feasibility study was prepared by two independent Swiss firms, commissioned by the Seerave Foundation, Gebert Rüf Foundation, Rutgers University, Calouste Gulbenkian Foundation, Kiel University, UC San Diego School of Medicine, Canadian Institute for Advanced Research, and Bengt E. Gustafsson Symposium Foundation, affiliated with Karolinska Institutet. The study found that the Microbiota Vault initiative has great significance and potential, and that its leaders should establish a pilot project that would include installing infrastructure to store microbes in a site such as Norway or Switzerland and collaborations for collecting samples with developing countries. When fully operational, the Microbiota Vault would be a global backup store for all microbial samples, the originals of which would remain within local collections in the countries of origin.

Videos on the Microbiota Vault initiative are available following these links:

Prof. Maria Gloria Dominguez-Bello and Prof. Martin Blaser, both of Rutgers University, are leaders of the Microbiota Vault initiative. 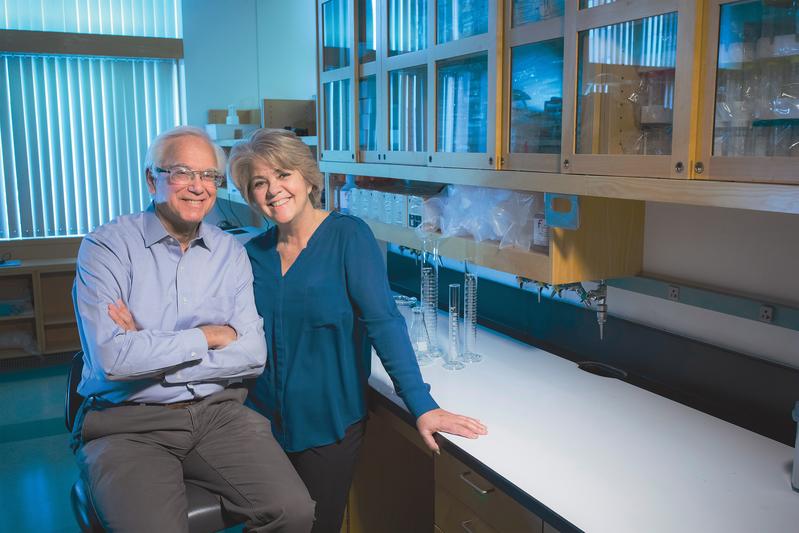