An international research team from Germany, Italy, and the UK has developed a key photonics component for the intriguing terahertz spectral range. By mixing electronic resonances in semiconductor nanostructures with the photon field of microresonators, they designed a stained mirror that bleaches more easily than ever and could make terahertz lasers ultrafast. The results are published in the current issue of Nature Communications.

Terahertz radiation – often dubbed T-rays – marks one of the last frontiers in photonics. Located in the spectral gap between microwave electronics and infrared optics, T-rays offer enormous application potential, but they have been expensive to generate. First broadly available terahertz applications range from body scanners at airports and rapid gas sensing to ultrafast communication. Many more ideas could hit the market if ultrashort pulses could be directly generated in so-called quantum cascade lasers, special types of electrically driven, compact terahertz lasers. These sources typically operate in continuous wave mode, but it has been widely predicted that they might change into pulsed operation if a key photonics element was incorporated into the laser – a so-called saturable absorber.

A saturable absorber works like a foggy mirror that transiently turns clear if the incident light becomes too bright. If all the power inside a laser concentrates in a short pulse it would easily saturate the absorber and suffer less loss than a continuous wave beam. Such elements are readily available in optics, whereas in the terahertz domain they have only existed for impracticably intense radiation, not achievable with quantum cascade lasers. A European consortium formed by the research groups of Miriam S. Vitiello, Pisa, Edmund Linfield, Leeds, and Rupert Huber, University of Regensburg, have now joined forces to develop a new class of saturable absorbers operating at much lower saturation intensities.

Their novel idea is inspired by a strategy well-known in music: resonators. Where does a Steinway piano get its unique sound from? The secret is less in the strings than in the resonating body. This is where the exact sound is defined and its dynamical response to a forte keystroke. “We essentially transfer this idea into terahertz optics”, says Jürgen Raab, lead author of the manuscript. Miriam Vitiello’s group designed a microstructured assembly of a gold mirror and a gold grating that jointly work like a resonating body for terahertz radiation. These resonances can be coupled strongly with electrons that can hop between two quantum states defined by an atomically precise sequence of semiconducting nanostructures, designed and grown in the group of Edmund Linfield.

The pivot: The strong coupling between the electrons and the terahertz microcavity results in an excitation that is half electron, half terahertz photon. This situation not only shapes the “tone” of the resonance, but it also dramatically changes the way the system reacts to a “forte keystroke”, corresponding to an intense terahertz pulse. The group put the new terahertz Steinway to its ultimate test. In a specially designed setup in Regensburg, they focused an ultrashort terahertz pulse onto the saturable absorber and developed an extreme slow-motion camera to follow its saturation dynamics on the femtosecond time scale – the millionth part of a billionth of a second. The amazing result: The absorber was not only much easier to saturate than the electronic transition alone, by approximately an order of magnitude. It also saturates faster than a single oscillation cycle of the terahertz pulse, and the “tone” of the resonator morphs so well during the saturation process that essentially no absorption remains while the intense THz pulse is applied. These are the best possible genes of saturable absorbers. Miriam Vitiello is convinced: “Now we have all components at hand to build ultrafast terahertz quantum cascade lasers with saturable absorbers”.

Such a source could dramatically extend the scope of terahertz photonics. Surpassing the frequency of modern computers by a staggering factor of 1000, ultrashort terahertz pulses could form the backbone of revolutionary next-generation telecommunication links. Compact quantum cascade lasers, emitting ultrashort T-rays, may allow also boost chemical analytics and enable an enormous variety of applications in diagnostics and medicine. With the current results, an important milestone towards these bold goals has been reached. 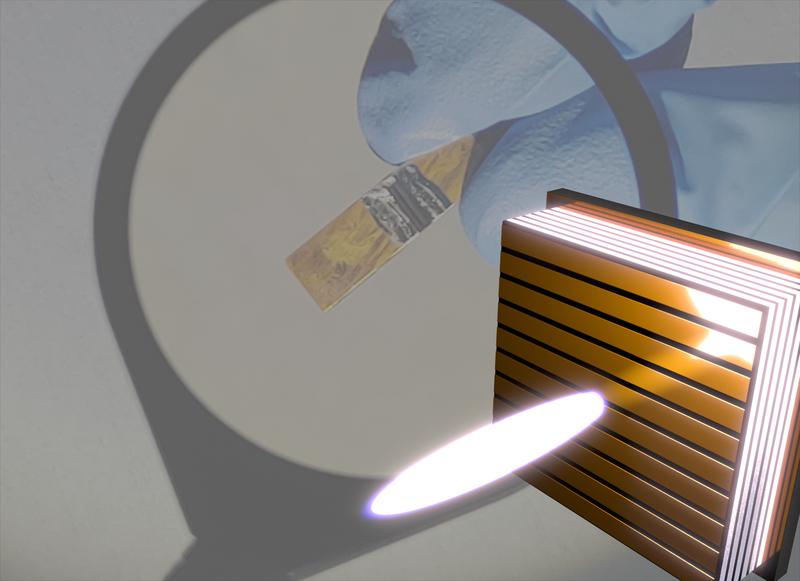