During a research stay in the highlands of Colombia conducted as part of her doctorate, Charlotte Hopfe, PhD student under the supervision of Prof. Dr. Thomas Scheibel at the Biomaterials research group at the University of Bayreuth, has discovered and zoologically described a new species of spider. The previously unknown arachnids are native to the central cordillera, not far from the Pacific coast, at an altitude of over 3,500 meters above sea-level. In the magazine PLOS ONE, the scientist from Bayreuth presents the spider she has called Ocrepeira klamt.

"I chose the zoological name Ocrepeira klamt in honour of Ulrike Klamt, my German teacher at high school. The enthusiasm with which she pursues her profession and the interest she shows in her students and in literature are an inspiration to me," says Charlotte Hopfe.

The cordillera in Colombia is famous for its unusually large variety of species. The habitats of these species are distributed at altitudes with very different climatic conditions, vegetation, and ecosystems. The Bayreuth researcher has collected and zoologically determined specimens of more than 100 species of spider in these habitats. In doing so, she was mainly in a region that has only been accessible to researchers since the end of civil war in Colombia in 2016. She discovered the new spider, which differs from related species in the striking structure of its reproductive organs, at altitudes of over 3,500 meters above sea-level. In the identification of this and many other spider specimens, Hopfe received valuable support from researchers at Universidad del Valle in Cali, Colombia, with which the University of Bayreuth has a research cooperation. Colombia has been identified as a priority country in the internationalization strategy of the University of Bayreuth, which is why it maintains close connections with several Colombian universities.

The study of spiders from regions of such various huge climatic and ecological variety may also offer a chance to find answers to two as yet unexplored questions. It is not yet known whether temperatures, precipitation, or other climatic factors influence the evolution of spiders, or the properties of their silk. For example, is the proportion of species with extremely elastic silk in the lowland rainforest higher than in the semi-desert? And it is also still unclear whether the properties of the silk produced by a species of spider are modified by climatic factors. Would a spider living in the high mountains, such as Ocrepeira klamt, produce the same silk if it were native to a much lower region of the cordillera? The answer to these questions could provide important clues as to the conditions under which unusual spider silks develop.

Along similar lines, it would also be interesting to explore whether there are spider silk proteins which, due to their properties, are even more suitable for certain applications in biomedicine and biotechnology than silk proteins currently known. "The greater the variety of spider silks whose structures and properties we know, the greater the potential to optimize existing biomaterials and to develop new types of biomaterials on the basis of silk proteins," Hopfe explains.

<
View from the Páramo area above the tree line into the mountains of the central cordillera.
Photo: © Charlotte Hopfe. 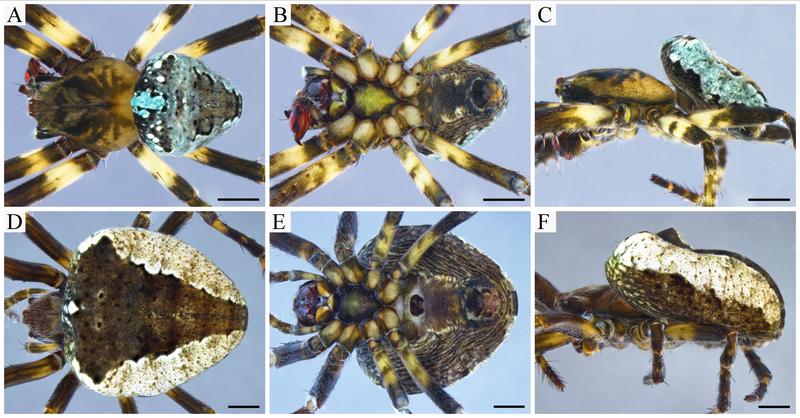 View from the Páramo area above the tree line into the mountains of the central cordillera. 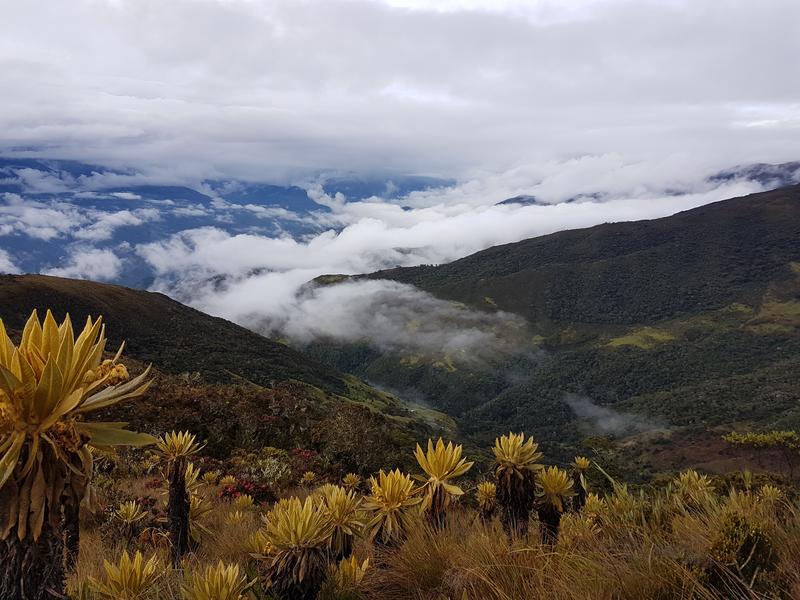