More than € 30 Million to be Invested in Expanding the Testing Infrastructure for Electrical Systems. In the first phase of the planned expansion, the Fraunhofer Institute for Wind Energy Systems IWES is officially putting into operation a new test bench in Bremerhaven in the scope of the Hil-GridCoP project together with the Lord Mayor of the City of Bremerhaven, Melf Grantz, Timo Haase from the Federal Ministry for Economic Affairs and Energy (BMWi), and the project partners Vestas Nacelles Deutschland GmbH and Nordex Energy GmbH. In the future, the newly erected hall will see converter and generator systems for multi-megawatt wind turbines tested for their electrical grid compatibility.

The Fraunhofer IWES aims to expand its testing capacities for the electrical systems of wind turbines and other power generation systems in two further expansion stages. More
than € 30 million in total are set to be invested in expanding the testing infrastructure in Bremerhaven.

Generally speaking, grid operators place high demands on wind turbines with regard to connection to the public grid, demands that are set to become even stricter in the future and need to be able to be verified by means of comprehensive testing. Test benches make it possible to achieve reproducible laboratory conditions for realistic validation tests. On the one hand, this cuts costs and the associated time requirements, as the tests can be performed independently of the wind conditions and exclusively on the relevant turbine subsystem. On the other hand, an increased degree of technical flexibility on the test bench results in more comprehensive and future-proof testing options. In the past, the electrical characteristics of new wind turbines could only be tested in the field. In the scope of the Hil-GridCoP project – short for “Hardware-in-the-loop testing of the electrical grid compliance of multi-megawatt wind turbines with high-speed generator systems” – a testing method was developed to allow electrical certification in the laboratory on a minimal system, but not the entire wind turbine. Thanks to the automated performance of the testing and significantly lower logistical efforts, this procedure promises wind turbine manufacturers reduced costs as well as shorter and more predictable times to market.

The scientists at the Fraunhofer IWES are working on the project in collaboration with wind turbine manufacturers operating within Germany and on an international scale. “This new test method represents a rapid and cost-efficient means of performing the tests to verify the electrical characteristics of wind turbines,” said Christian Fenselau, Chief Specialist Test & Validation, Vestas Nacelles Deutschland GmbH.
“The test bench-based verification of the electrical grid characteristics of wind turbines is key if wind turbine manufacturers are to be able to satisfy the growing market demands on shorter development times and higher model variety. We hope that the project will make a significant contribution to the acceptance of test bench results by certification guidelines. In addition, the requirements from grid connection rules (‘grid code’ for short) are set to become more stringent in the future too, meaning that it will not be possible to test some of the characteristics of wind turbines in the field. As a result, test methods for the electrical characteristics on test benches will be of even greater relevance in the future,” said Dr. Christian Wessels, Director Electrical Engineering, Nordex Energy GmbH, with certainty.

The Hil-GridCoP project is being funded by the BMWi to the tune of € 8.9 million in total. The requisite new construction work and the connections to the existing infrastructure of the Dynamic Nacelle Testing Laboratory (DyNaLab) were financed through a combination of the Fraunhofer IWES’ own funds and funds of the Fraunhofer-Gesellschaft. “In future, innovations in wind energy technology will remain a necessary prerequisite for the success of the energy transition. To this end, both high-quality standards and reliability are rightly essential. The use of test benches to confirm these characteristics can shorten the testing periods significantly and thus facilitate considerably shorter innovation cycles,” said Timo Haase, Desk Officer for Funding of Wind Energy Research Projects, Federal Ministry for Economic Affairs and Energy (BMWi).

Alongside the new Hil-GridCoP test bench – as a complement to the existing
DyNaLab nacelle test bench – the Fraunhofer IWES is investing in additional testing infrastructure in two further expansion steps in order to do justice to the increasing demands placed on the grid integration of future wind turbines. In addition, the institute’s testing infrastructure will also be used for other power generation systems, e.g., hydrogen production, photovoltaic technology, and energy storage technology.

“With the investments currently under way in the development and testing of power electronics for wind turbines and other energy generators, the Fraunhofer IWES is setting standards internationally and addressing a topic which is essential for the success of the energy transition in a unique way. The close cooperation with the industry and the BMWi establishes an additional basis for innovative solutions ‘made in Germany’ at our institute,” explained Prof. Andreas Reuter, Managing Director Fraunhofer IWES.

The Fraunhofer IWES is also implementing two further projects at the site in Bremerhaven with the aim of improving the performance and grid compatibility of wind turbines. “The Fraunhofer IWES has been active in Bremerhaven since 2009 and contributes greatly to shaping the scientific location with further developments and innovations. In doing so, it not only attracts regional companies but also international project partners and industrial customers for Bremerhaven,” said Lord Mayor Melf Grantz.

With the Mobile Test Facility for Grid Compliance Tests – Mobil-Grid-CoP project, the Fraunhofer IWES is developing the world’s largest grid simulator with an output of 80 megavolt-amperes (MVA). This can be integrated seamlessly into the DyNaLab’s existing test infrastructure on the one hand and can also be used directly by partners and customers to test systems of up to 66 kV on the other. Furthermore, connection to the planned hydrogen test field is also possible. The BMWi is funding the research project to the tune of € 12.7 million. It is expected to be launched in 2022.

In the PQ4Wind – Power Quality Test and Impedance Model Validation for Main Converters of Wind Turbines project, the Fraunhofer IWES is constructing a test facility in collaboration with the project partner ConverterTec GmbH with the aim of developing and optimizing the main converters of wind turbines and validating their electrical characteristics up to the 200th harmonic. A further aspect of the project is the development of measuring procedures for detailed determination of the transient behavior and the impedance of converter systems as well as their components. Furthermore, test procedures for the validation of future, voltage-forming control procedures for the grid-coupling of wind turbines will be developed and basic research into the component-based certification of the electrical properties of power generation systems conducted. The BMWi is funding the research project to the tune of € 6.3 million. The infrastructure is expected to be opened in 2022.

http://Fraunhofer IWES secures investments in technological developments through vali-dation, shortens innovation cycles, accelerates certification procedures, and in-creases planning accuracy by means of innovative measurement methods in the wind energy and hydrogen technology sector. At present, there are around 220 scientists and employees as well as more than 80 students employed at the five sites: Bremerhaven, Hanover, Bremen, Hamburg, and Oldenburg. 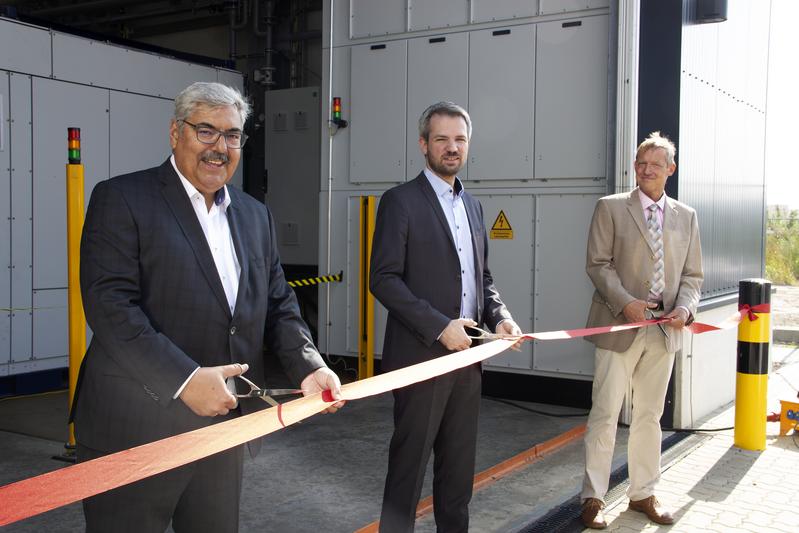 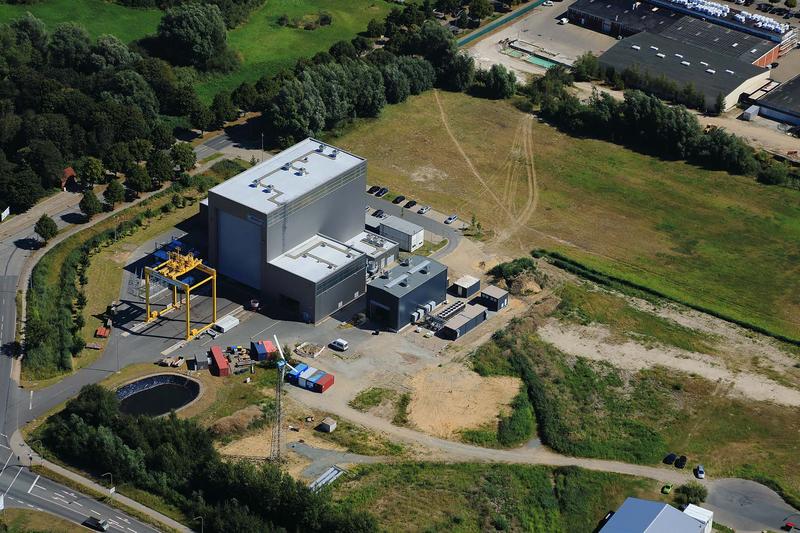