Home > Pressemitteilung: Plants protect themselves against ...

Trees and other plants release isoprene into the atmosphere. Oxidation processes result in compounds that are harmful to plants. Researchers at the University of Innsbruck have now uncovered a mechanism by which plants protect themselves from these compounds, and have thus discovered an important biogenic source of oxidized volatile organic compounds in the atmosphere.

Plants release large quantities of the hydrocarbon isoprene into the atmosphere, about 600 million metric tons per year, half of which comes from tropical forests. This corresponds approximately to the annual emission of methane on earth. " It is believed that trees release isoprene to protect themselves from oxidative stress," explains Armin Hansel from the Department of Ion Physics and Applied Physics at the University of Innsbruck. Together with scientists from Germany, Finland and the USA, his research group has now investigated this interaction between the atmosphere and the plant world more closely.

In the atmosphere, isoprene released by plants is very quickly converted by photo-oxidation into compounds that are harmful to plants. The Innsbruck scientists exposed young poplars to small doses of these compounds in the laboratory and studied the gas exchange under controlled conditions. For the measurements, the researchers used a specially developed mass spectrometer that can detect even the smallest concentrations of these chemical compounds in air. Similar instruments are distributed by the Innsbruck-based technology company Ionicon Analytik. Such devices were also used on measuring towers in forests in Finland and the USA. Using the data, the researchers were able to show that trees absorb the harmful compounds into their leaves and convert them into the harmless compound methyl ethyl ketone. By analyzing the leaves from the laboratory experiments at Helmholtz Zentrum München, an enzyme could be identified that is very likely responsible for the detoxification process. "Since this enzyme is found in plants all over the world, we assume that this process is of great global importance," summarizes Eva Canaval, first author of the research paper now published in the journal Communications Earth & Environment.

Based on these results, scientists at the University of Minnesota have simulated the annual production of methyl ethyl ketone using a global computer model. "These simulations show that plants convert around 1.5 percent of isoprene emitted," says Eva Canaval. "With about 5.6 million metric tons worldwide, this is the largest known natural source of methyl ethyl ketone." The measurement data from forests in Finland and the USA confirm this. The researchers suspect that this detoxification process in plants is one of the most important natural sources of oxidized volatile organic compounds in the atmosphere.

The research work at the University of Innsbruck was financially supported by the Federal Ministry of Education, Science and Research and the European Union, among others.

<
The researchers have studied the gas exchange of young poplars in the laboratory under controlled co ...

The researchers have studied the gas exchange of young poplars in the laboratory under controlled conditions. 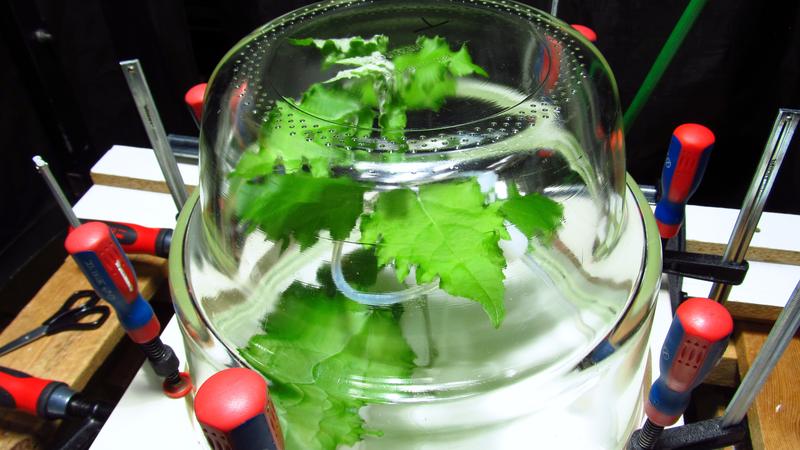 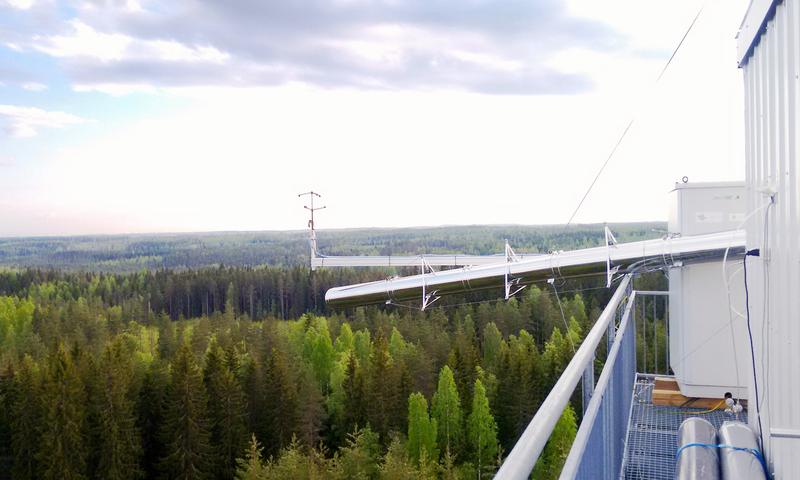