The discovery of a previously unknown rodent genus with three species new to science offers hope for nature conservation in Ecuador.

A recent scientific study carried out in two protected areas (Rio Manduriacu and Dracula Reserve) of the Ecuadorian Chocó Bioregion by an international team of researchers from Germany, Ecuador, Brazil and Argentina led to the discovery of a new genus of rice rats containing at least three new species, two of which the researchers describe in their work. A third species, most likely also new, has been exclusively genetically identified from a juvenile rat, and further data is needed to describe this species.

The new genus (Pattonimus) seems to be another example of a New World rodent that only occurs in the biogeographical region of Chocó, in northern Ecuador. The first new species (Pattonimus ecominga) inhabits cloud forests between 1,600 and 2,300 m (Carchi Province); the second new species (Pattonimus musseri) is restricted to lowland montane forests at 1,200 m (Imbabura Province); and a third species has been identified in the mountain forest of the Otonga Reserve (Cotopaxi Province), based on the above mentioned juvenile.

Finally, the new genus Pattonimus also seems to occur in the extreme south of Colombia (Department Nariño) and is probably also represented there by a previously undescribed species, which, however, has not yet been genetically investigated. The species of the new genus are spatially separated by deep river canyons that run through the Andean forests. Unfortunately, the Colombian and Ecuadorian Pacific cloud forests are undergoing rapid anthropogenic change. Although the populations of Pattonimus ecominga are relatively numerous and occur in protected areas, the distribution of the other two species remains limited to threatened forest fragments.

The Rio Manduriacu and Dracula reserves in northwest Ecuador are threatened by the expansion of mining concessions. The western slopes of the Ecuadorian Andes (Chocó region) represent important micro-regions for endemic small vertebrates, limited to areas with good forest quality and little or no human influence. Therefore, activities that threaten these forests must be regulated and restricted under the Ecuadorian Constitution. For the Ecuadorian Andes, a program of measures for the conservation of biodiversity is necessary. Such a program has been driven mainly with the participation of non-profit institutions that work to protect important and endangered forests for the conservation of biodiversity, such as the EcoMinga Foundation, which also supported this study. Furthermore, the study was funded by the German Association for International Cooperation (GIZ) as part of the Trilateral Cooperation Program Germany-Brazil-Ecuador and was published in the journal PeerJ.

Zoological Research Museum Alexander Koenig – Leibniz-Institute for Animal Biodiversity (ZFMK) is an independent research institute. The focus of research is on performing an inventory of the zoological species diversity on earth, on the analysis of changes in biodiversity as a result of environmental factors, and on evolutionary processes at the morphological and molecular levels. ZFMK furthermore explores the context of structure and function of ecological systems, advanced scientific methods, and the study of the history of science. The permanent exhibition “Our blue planet – the living network” offers a genuine nature experience based on ecosystem displays.

The Leibniz Association combines 96 independent research institutes. Their focus ranges from the natural, engineering, and environmental sciences to the humanities and the business, space, and social sciences. The Leibniz institutes focus on relevant social, economic, and ecological issues. They perform knowledge-oriented and applied research (also among the cross-disciplinary Leibniz research alliances), are or support scientific infrastructures, and offer research-based services https://www.leibniz-gemeinschaft.de – link is external

<
New species (Pattonimus ecominga)
Jorge Brito
The use of the photos is free of charge for reporting about this press release if the copyright is mentioned. 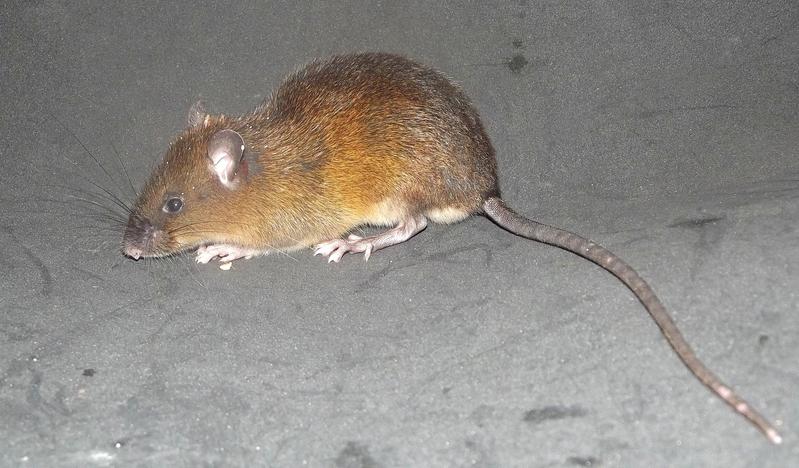