Lake Tanganyika in Africa is a true hotspot of organismal diversity. Approximately 240 species of cichlid fishes have evolved in this lake in less than 10 million years. A research team from the University of Basel has investigated this phenomenon of “explosive speciation” and provides new insights into the origins of biological diversity, as they report in the journal “Nature”.

The diversity of life on Earth has been shaped by two antagonistic processes: phases of mass extinctions and episodes characterized by the rapid evolution of a multitude of new species. Such outbursts of organismal diversity, also known as “adaptive radiations”, are responsible for a substantial part of the biological species on our planet.

For instance, most of the animal phyla existing today evolved over the course of the Cambrian radiation about 540 million years ago (also known as Cambrian explosion). What triggered these massive adaptive radiations, and how the process of explosive speciation proceeds in detail, has been largely unknown until now.

Based on this material, they compiled a comprehensive dataset covering information on morphology, ecology, and genetics. For example, the team analyzed body shape and jaw morphology of all species using X-ray imaging and high-resolution computed tomography. The zoologists were particularly interested in the three-dimensional structure of the pharyngeal jaw. This second set of jaws is situated in the pharynx of cichlid fishes and is used to masticate food, allowing the fish to specialize in very specific nutritional niches.

Because adaptation to different environments is a central component of adaptive radiation, the researchers also quantified the “ecological niche” used by each species. In collaboration with the Botanical Institute of the University of Basel, they measured the stable carbon and nitrogen isotope composition in the muscle tissue of the fish. These measurements allow to determine in what habitat the fishes lived and what food resources they used. Further, the team sequenced two complete genomes for each and every cichlid species from Lake Tanganyika. Based on this molecular information they were able to reconstruct the complete phylogeny of the cichlids in that lake.

Based on their analyses, the scientists could demonstrate that the evolution of cichlid fishes in Lake Tanganyika was not a gradual process, but rather occurred in three discrete pulse-like stages of rapid morphological evolution.

“Each of these stages was characterized by specialization to a different aspect of the habitat provided by the lake,” says lead author Dr. Fabrizia Ronco. The first pulse involved diversification in body shape followed by a pulse in mouth morphology and a final pulse in pharyngeal jaw shape. Especially the pharyngeal jaw has played a key role in the radiation, since its rapid morphological evolution coincided with a high number of speciation events.

Insight into the evolution of organismal diversity

Through the analysis of the roughly 600 newly sequenced genomes, the Basel researchers showed that the most species-rich and ecologically and morphologically diverse lineages of Tanganyikan cichlids contain species that are genetically more diverse. “Whether an elevated level of genetic diversity is a general feature of highly diverse lineages, or if this pattern is unique to cichlids of Lake Tanganyika, is still unknown,” says Salzburger.

By studying exceptionally species-rich adaptive radiations, like the African cichlids, scientist can learn more about how biodiversity arises and what factors are associated with it. The present findings of the zoologists from the University of Basel offer new routes to these questions. 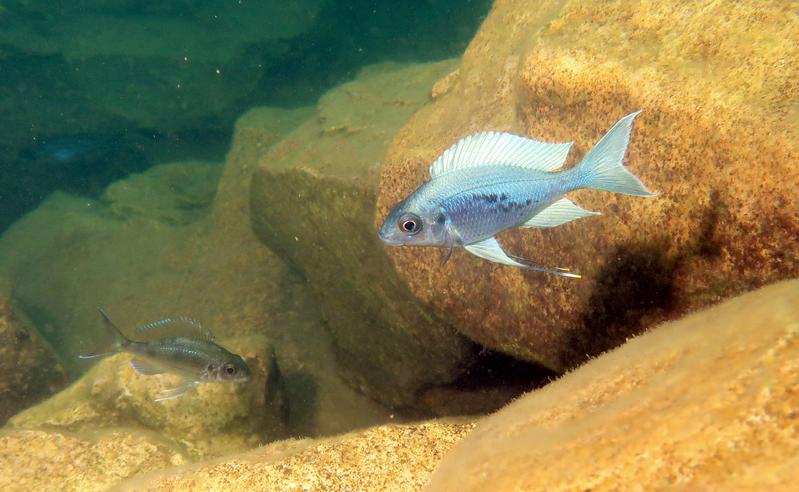