Home > Pressemitteilung: How Stable is the Antarctic Ice Sheet?

How Stable is the Antarctic Ice Sheet?

As temperatures rise due to climate change, the melting of polar ice sheets is accelerating. An international team of scientists led by researchers from Heidelberg University has now examined the dynamics of the East Antarctic Ice Sheet more closely using deep-sea sediments dating back approximately 2.5 million years. Their results indicate that, in a constantly warming climate, the ice masses of East Antarctica could be much less stable than previously thought.

How Stable is the Antarctic Ice Sheet?
Scientists from Heidelberg University investigate which factors determine the stability of ice masses in East Antarctica

As temperatures rise due to climate change, the melting of polar ice sheets is accelerating. An international team of researchers led by geoscientist Dr Kim Jakob from Heidelberg University has now examined the dynamics of the East Antarctic Ice Sheet more closely. This is by far the largest ice mass on Earth and is assumed to be less sensitive to climate change than other ice sheets simply because of its size. The researchers analysed data that they had obtained from deep-sea sediments dating back approximately 2.5 million years. This enabled them to determine the factors responsible for the stability of the East Antarctic Ice Sheet. The findings indicate that the ice masses of East Antarctica could be much less stable in a constantly warming climate than previously thought.

“The melting of polar ice sheets leads to a rise in global sea level, which is becoming an ever greater threat to coastal areas,” explains Dr Jakob from the Institute of Earth Sciences at Heidelberg University. To better understand past changes in the large ice masses of East Antarctica, her research team performed geochemical analyses on deep-sea sediments from the Atlantic Ocean. The sediments were obtained through the Integrated Ocean Drilling Program (IODP), an international consortium of scientists formed to explore the ocean floor.

These analyses enabled the reconstruction of global sea-level change from approximately 2.8 to 2.4 million years ago, which in turn reflects variations in the total volume of ice. During this period, high atmospheric CO2 concentrations with values similar to those predicted for the near future decreased to a level comparable to the pre-industrial CO2 content of the atmosphere. The investigation reveals for the first time that the East Antarctic Ice Sheet achieved an unprecedented increase in stability approximately 2.5 million years ago compared to older periods in the Earth’s history.

Factors conventionally accepted to have promoted the growth and decay of polar ice sheets during the Earth’s history are the intensity of solar radiation and the CO2 content of the atmosphere. However, Dr Jakob and her team have now found an additional factor that played a decisive role in stabilising the East Antarctic Ice Sheet – the formation of large glaciers in the northern hemisphere, which caused global sea level to fall. This sea-level fall reduced the exposure of East Antarctic ice to relatively warm ocean waters and thus minimised the potential of sea water to cause basal melt in parts of the ice sheet.

The findings of the study contribute to a better understanding of the dynamics of global ice sheets under elevated atmospheric CO2 concentrations, as expected for the near future. Further melting of ice masses in the northern hemisphere due to anthropogenic climate change and subsequent rising global sea levels could contribute to a renewed destabilisation of the ice sheet in East Antarctica.

Besides scientists from Heidelberg University, researchers from Goethe University Frankfurt, the Max Planck Institute for Chemistry in Mainz and the University of Southampton (Great Britain) contributed to this study. The research was funded in the context of the IODP priority programme of the German Research Foundation. The findings were published in the journal “Proceedings of the National Academy of Sciences of the United States of America”.

<
Exposure to warm ocean waters is a threat to the stability of ice sheets.

Exposure to warm ocean waters is a threat to the stability of ice sheets. 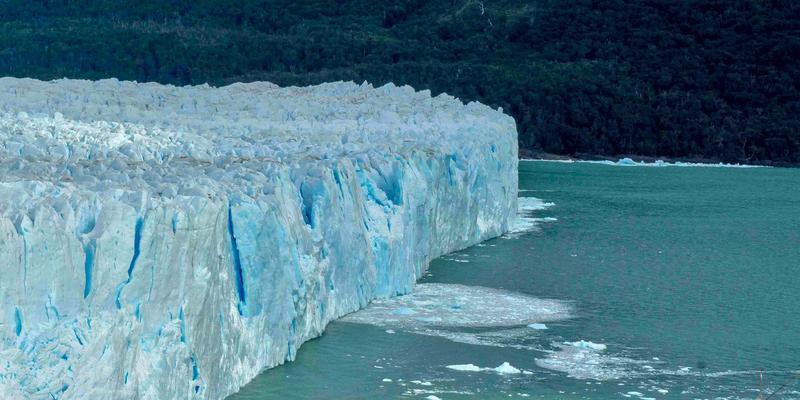