Researchers from the Leibniz Institute on Aging - Fritz Lipmann Institute (FLI) in Jena combined the use of mouse pluripotent stem cells and flatworms to identify genes that control lifelong maintenance and regeneration of tissues. Flatworms (also known as planarians) possess immortal regenerative capacity. Now it was discovered that the induction of fat metabolism by the Tnfaip2 gene promotes the ability of stem cells to produce differentiated organ cells. When the gene is lost, planarians lose their capacity of organ maintenance and regeneration. Disturbances in fat metabolism may also contribute to the loss of organ maintenance and to cancer development at old age.

It is assumed that intermediates of fat metabolism, the so-called lipid metabolites, contribute to the differentiation of stem cells. Stem cell differentiation is essential to produce new organ cells (e.g. skin, blood and nerve cells). Yet, it is not yet well understood, which genetic factors contribute to stem cell differentiation by controlling lipid metabolism. This could be of fundamental importance in understanding how changes in fat metabolism lead to disease development, e.g. loss of organ maintenance during ageing or the development of cancer.

Researchers from the Leibniz Institute on Aging - Fritz Lipmann Institute (FLI) in Jena, together with colleagues from the Friedrich Schiller University Jena (FSU), have studied the differentiation of pluripotent stem cells. These results have now been published in the scientific journal "EMBO Reports". "Stem cells are extremely important for the permanent renewal of organs and tissue. Through these differentiation processes, new specialized stem cells are constantly created in the body where they are needed," reports Prof. K. Lenhard Rudolph, group leader at the FLI and Professor of Molecular Medicine at the FSU. "This process is controlled by genes. The extent to which genes control stem cell function via a control of lipid metabolism is currently not sufficiently known."

For the genetic screen, the researchers reprogrammed mouse fibroblasts into induced pluripotent stem cells (iPS cells) in cell culture. Using this method, they were able to identify Tnfaip2 as a new gene that crucially enhances the transition of somatic cells into iPS cells. "Our study showed that Tnfaip2 centrally controls the differentiation of stem cells; if it is switched off, the reprogramming of mouse fibroblasts into iPS cells is enhanced," explains Dr. Sarmistha Deb, first author and former PhD student at the FLI. In order to be able to investigate the function and influence on the differentiation ability of stem cells under real conditions, i.e. in a living organism (in vivo), the researchers used planarians (flatworms) as a model organism of immortal capacity to maintain and regenerate organs.

Regulation of stem cell differentiation and regeneration in planarians

The planarian, flatworm Schmidtea mediterranea also possesses a Tnfaip2-like gene (Smed-exoc3). Planarians consist of 25% stem cells. They are found in the fountains of our inner cities, among other places, and can maintain and regenerate their organs forever, without any signs of losing this capacity during ageing. The experiments with the planarians were supervised by Dr Cristina González-Estévez, an expert in the field of research on the immortality of Schmidtea mediterranea.

"We thought that we could use the immortal planarian model system to identify genes that are also necessary to maintain stem cell function in mammals," Dr González-Estévez explains the approach in the study. "The results were astonishing. The down-regulation of the gene Tnfaip2-like in planarians led to a decreased capacity of the stem cells to produce differentiated organ cells. The ability to regenerate and maintain organs was completely abolished due to the loss of a single gene".

And that’s not all, the research team was able to prove that Tnfaip2 controls stem cell function by controlling fat metabolism. When the worms with the missing gene function were given fatty acids and fatty acid transporters (e.g. palmitoyl-L-carnitine), stem cell differentiation resumed. The organs could be maintained without the function of the Tnfaip2 gene orthologue.

"With our new discovery pipeline using pluripotent cell screens followed by functional analysis of the target genes in planarians, we can speed up the discovery of genes that are important for stem cell maintenance and function", Prof. Rudolph emphasizes the results. "This will allow us to identify gene functions that are important for stem cell function in mammals or humans. We would like to use this knowledge to clarify unknown causes for the loss of organ maintenance and the development of diseases during ageing".

The Leibniz Association connects 95 independent research institutions that range in focus from the natural, engineering and environmental sciences via economics, spatial and social sciences to the humanities. Leibniz Institutes address issues of social, economic and ecological relevance. They conduct knowledge-driven and applied basic research, maintain scientific infrastructure and provide research-based services. The Leibniz Association identifies focus areas for knowledge transfer to policy-makers, academia, business and the public. Leibniz Institutes collaborate intensively with universities – in the form of “WissenschaftsCampi” (thematic partnerships between university and non-university research institutes), for example – as well as with industry and other partners at home and abroad. They are subject to an independent evaluation procedure that is unparalleled in its transparency. Due to the institutes’ importance for the country as a whole they are funded jointly by the Federation and the Länder, employing some 20,000 individuals, nearly half of whom are researchers. The entire budget of all the institutes is approximately 1.9 billion EUR. See http://www.leibniz-gemeinschaft.de/en/ for more information.

<
The planarian Schmidtea mediterranea consists of 25% stem cells and are almost immortal. They can ma ...
(Photo: FLI / Anna Schroll)
FLI

The planarian Schmidtea mediterranea consists of 25% stem cells and are almost immortal. They can maintain their organs forever by regenerating completely and not ageing in the process. 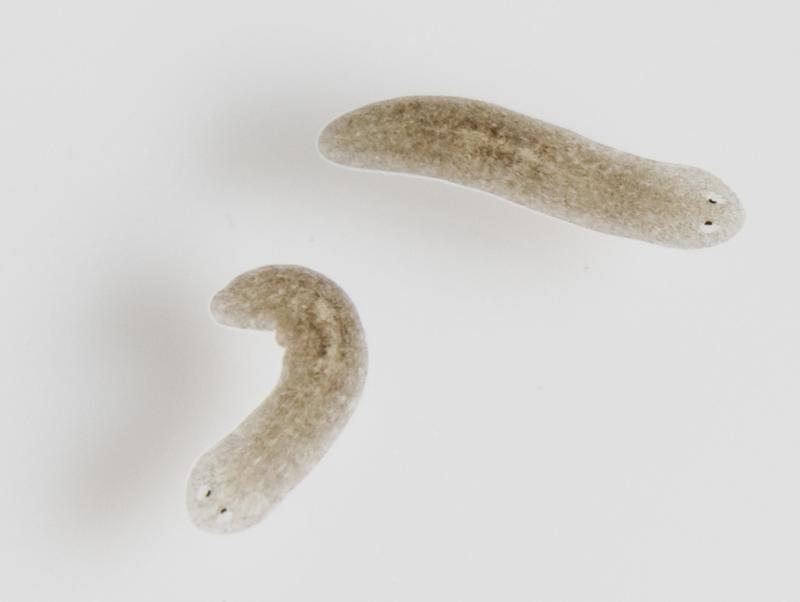 The planarian version of Tnfaip2 controls stem cell differentiation and organ maintenance via lipid metabolism. Without the gene, worms shrink and lose their ability to regenerate and maintain organs. 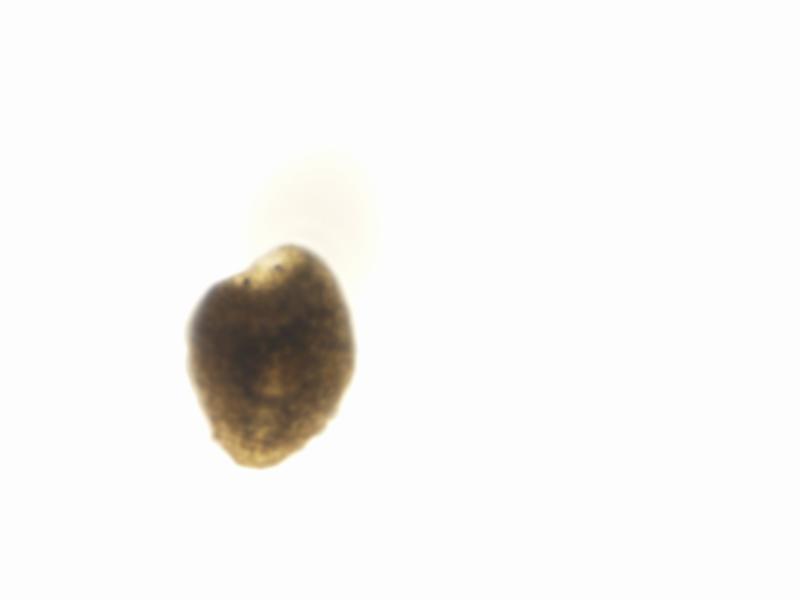