Cultural scientist and Blumenberg professor Assmann sheds light at the Cluster of Excellence in Münster on the changing relationships between religion, culture, and politics from Ancient Egypt to the modern age – Achievements of Ancient Egypt have long been forgotten – “With the EU, primordial religious themes such as peace are returning” – “Authoritarian regimes such as Putin’s Russia, Netanyahu’s Israel, and Duda’s Poland are seeking fusion with traditional religions”

Nationalism and religion are increasingly uniting in authoritarian states around the world, according to renowned cultural scientist and Blumenberg professor Jan Assmann. “Putin’s Russia, Erdogan’s Turkey, Modi’s India, Netanyahu’s Israel, Duda’s Poland, Orban’s Hungary, and even Trump’s USA are examples of this tendency in anti-democratic, authoritarian regimes”, said Assmann at the University of Münster’s Cluster of Excellence “Religion and Politics” on Tuesday evening. “Because nationalism is essentially religious, traditional religion succumbs to such usurpation”. This is precisely what happened to the ‘German Christians’ movement in the Nazi era, Assmann pointed out in his lecture on religion and culture from Ancient Egypt to the present day. “Nationalism regards the nation as the most sacred thing. Nationalism is not a substitute religion that, like communism, takes the place of religion. On the contrary, it seeks to ally itself or even fuse with religion”.

Religion and state are in multiple interrelations in modern societies, according to Assmann, and to claim that modernity left religion behind is a misconception. “Secularization does not cause the sacred to disappear from the world”. The European Union also bears religious traits: “The EU also has a mission; it too has something sacred: namely, to achieve what the catastrophe from which it emerged tasked it to do: ensure peace, freedom, and human rights”, said the internationally respected and multi-award-winning Egyptologist. “It too is based on a covenant: of European peoples conspiring to achieve this goal; a promise: peace and justice for all; and a faith: faith in the human being, her capacity for global solidarity and the realization that she must achieve the promised goal in order to survive on this planet”. Assmann underlined that the present is returning (albeit on a new level) “to the primordial themes of religion: creation, peace, and justice”.

Assmann has been researching for decades the relationship between religion and politics from ancient cultures to modern societies, and has had a decisive influence on work at the Cluster of Excellence. Entitled “Religion and Culture: Egypt – Israel – Europe”, the lecture illuminated the changes in the relationship between religion and culture from antiquity to the present day. In Ancient Egypt, religion was still identical with culture. According to Assmann, religion was all-encompassing and could be expressed by the Egyptian term “ma’at”, which included cult, law, and cosmic order. Without the achievements of Ancient Egypt, Athens and Jerusalem – Greco-Roman antiquity and Abrahamic monotheism – would also be inconceivable, and our present-day Western culture is in turn based on these. “To Athens we owe philosophy, science and democracy; to Jerusalem, monotheistic-Trinitarian religion”. But it has long been forgotten, he said, how much Ancient Egypt, which preceded Athens and Jerusalem by two thousand years, shaped them, and he outlined its achievements, such as the state and scriptural theory.

A new form of religion, one that distinguished between religion and culture, and that subordinated culture to religion, emerged with Israel in the 6th century BC. “This new form of religion also freed itself from the state. It distinguished between God and world, and introduced the concept of faith, which overcomes the gap between transcendence and immanence”. Christianity, in turn, brought about the “age of faith” by making the new religion accessible to all peoples and by revolutionizing the Old World through rapid expansion. With the rise of Christianity as a state religion, a dualism of secular and spiritual power emerged, leading to repeated tensions in the Middle Ages.

The freeing of religion from the state remained decisive into the modern period, according to Assmann. “The setback – the emancipation of the state from religion, or secularization – began with the Renaissance and the Reformation, and is still not over today”. The sacred has not disappeared from the world; it has merely shifted – into the nation in the form of nationalism and civil religion, into art in the form of art-as-religion (exemplified by Beethoven), and into nature in the form of pantheism, which does not distinguish between God and world.

The programme of the Blumenberg Visiting Professorship also includes a workshop with Jan Assmann on cultural memory in times of digital change and a master class with early-career researchers and advanced students at the Cluster on “Religion – Violence – Memory”. Named after the influential Münster philosopher Hans Blumenberg (1920-1996), the “Hans Blumenberg Visiting Professorship for Religion and Politics” is intended to bring innovative ideas to Münster and to strengthen the Cluster’s interdisciplinarity. The summer term of 2021 will see the arrival of the social scientist Marc Helbling from the University of Mannheim, whose research is on integration, xenophobia, and the dynamic role of religion in politics. (vvm/sca) 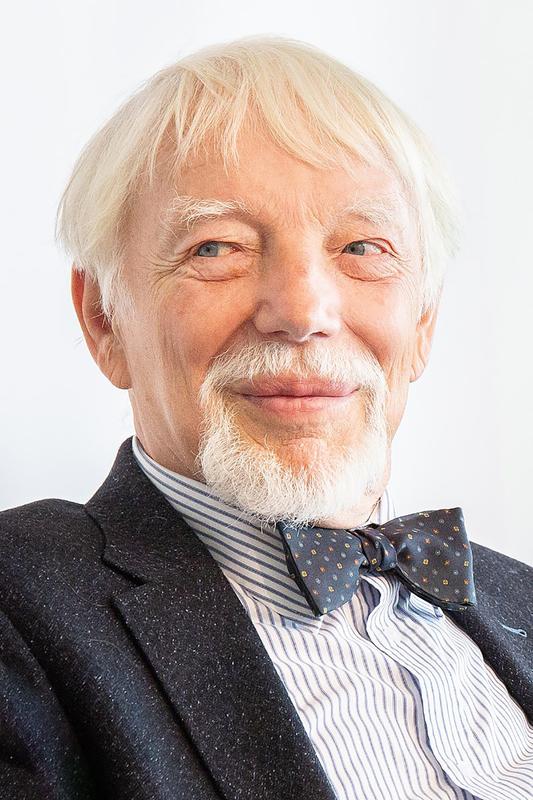