An international team of scientists led by Gina Moseley from the Institute of Geology at the University of Innsbruck presents the very first analysis of sediments from a cave in northeast Greenland, that cover a time period between about 588,000 to 549,000 years ago. This interval was warmer and wetter than today, the cave deposits provide an outlook in a possible future warmer world due to climate change. The study has now been published in the journal Science Advances.

A 12-centimetre-thick sample of a deposit from a cave in the northeast of Greenland offers unique insights into the High Arctic’s climate more than 500,000 years ago. The geologist and cave scientist Prof. Gina Moseley collected it during an exploratory expedition in 2015 for her palaeoclimatic research in one of the most sensitive areas of the world to climate change. The cave is located at 80° North 35 km from the coast and 60 km from the Greenland Ice Sheet margin. It was part of the Greenland Caves Project, funded by 59 different sponsors including the National Geographic Society. Moseley and her team are interested in the climate and environmental history captured by the unique cave deposit. “Mineral deposits formed in caves, collectively called speleothems, include stalagmites and stalactites. In this case we analysed a flowstone, which forms sheet-like deposits from a thin water film”, explains Moseley. It is very special to find a deposit of this kind in the High Arctic at all, the geologist continues: “Today this region is a polar desert and the ground is frozen due to permafrost. In order for this flowstone to form, the climate during this period must have been warmer and wetter than today. The period between about 588,000 to 549,000 years before present is generally considered to be globally cool in comparison to the present. The growth of the speleothem at this time, however, shows that the Arctic was surprisingly warm”.

Gina Moseley therefore highlights the regional heterogeneities that need to be considered when researching climate change especially for future developments in a warmer world. “Our results of a warmer and wetter Arctic support modelling results showing that regional heterogeneities existed and that the Arctic was anomalously warm as a consequence of the Earth's orbital relationship to the sun at the time. Associated with these warmer temperatures was a reduction of the extent of sea ice in the Arctic, thus providing open ice-free waters from which moisture could be evaporated and transported to northeast Greenland”, adds the geologist from the University of Innsbruck. The speleothem palaeoclimate record offers the possibility to extend the knowledge of Greenland's past climate and hydrological conditions beyond the 128,000-year-limit of the deep Greenland ice cores. The team used state-of-the-art methods such as uranium-thorium dating which is able to enlarge the timeline much further back. “Since the Greenland ice cores are biased towards the last glacial period and therefore cold climates, the speleothem record provides a nice counter-balance with respect to past warm periods”, Moseley says. “The Arctic is warming at more than twice the rate of the global average. Understanding more about how this sensitive part of the world responds in a warmer world is very important.”

Gina Moseley identified the importance of the caves in northeast Greenland back in 2008 while doing her PhD in Bristol, UK. In 2015, she led a five-person expedition funded by many different sponsors. The expedition was a challenge: The team first tried to fly as far as possible, then crossed a 20-kilometre-wide lake in a rubber boat and then had to hike for three days to get to the caves. This was the first time such climate records had been made from caves in the High Arctic and Gina Moseley was awarded the highly prestigious START Prize from the Austrian Science Fund (FWF) for her research, which enabled her to start a new six-year research project. In July 2019, Moseley and her Greenland Caves Project team returned to northeast Greenland for a three-week expedition.

<
The geologist and cave scientist Prof. Gina Moseley and her international team present the very firs ...

<
Unique insights into the High Arctic’s climate more than 500,000 years ago: Cave deposits from Green ...

The geologist and cave scientist Prof. Gina Moseley and her international team present the very first cave-based climate records of the High Arctic from Northeast Greenland. 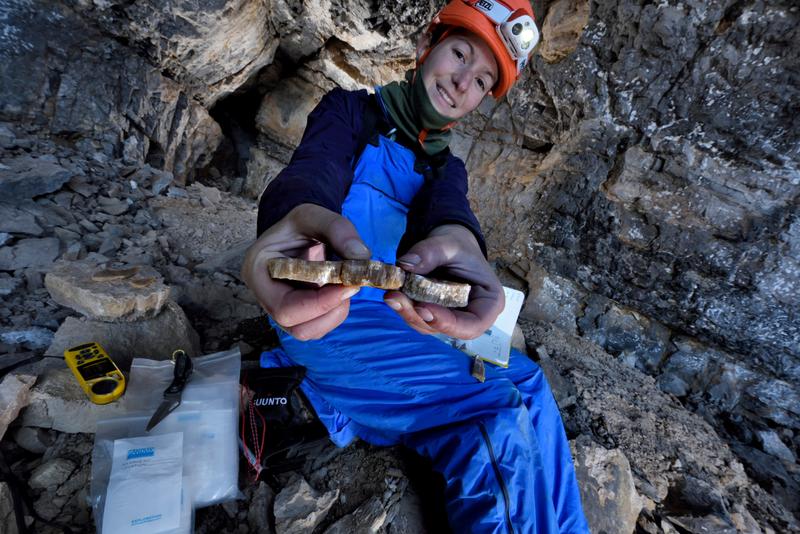 Unique insights into the High Arctic’s climate more than 500,000 years ago: Cave deposits from Greenland provide completely new insights into a warmer and wetter Arctic in the past. 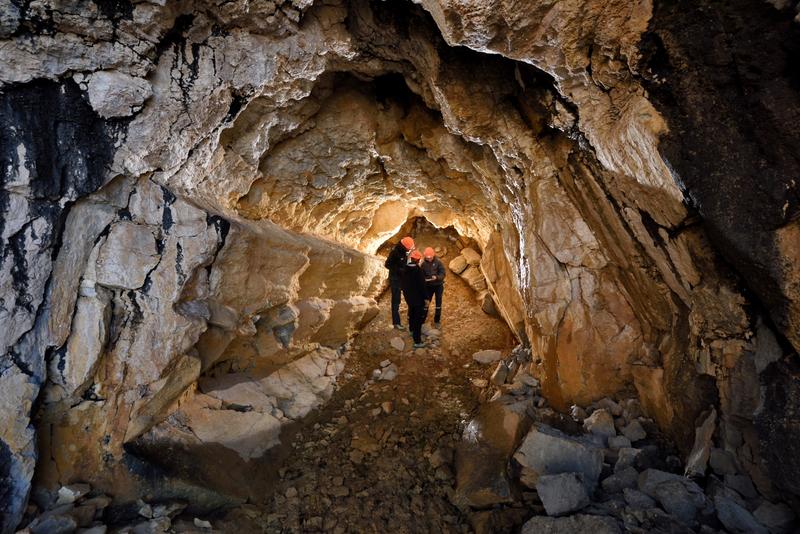