Small parts can cause big problems. Worn or defective components in industrial plants can bring an entire production process to a standstill. But artificial intelligence is helping businesses to anticipate when problems are likely to arise. A new data system identifies faults early on and proposes effective corrective action. A team of academic and industrial partners led by Professor of Business Informatics Wolfgang Maaß of Saarland University and the German Research Center for Artificial Intelligence will be showcasing their new smart data system at this year’s Hannover Messe and demonstrating how AI-driven data analysis can boost business resilience and drive market competitiveness.

When a machine component fails, companies can suffer immense financial damage – losses totalling several hundreds of thousands of euros per hour are not uncommon. It can take something as minor as a clogged filter, a broken gasket or a burst hydraulic hose to bring production plant to a halt. If a previously unremarkable component that had been functioning inconspicuously in the background suddenly fails, it can initiate a chain reaction with significant and costly consequences. And if spare parts then have to be ordered or are slow to arrive, machine downtime can last weeks rather than hours. ‘Interruptions to the production schedule are the number one risk to business,’ says Professor Wolfgang Maaß. His research team at Saarland University and the German Research Center for Artificial Intelligence are working on ways to stop these chain reactions before they even get going. Using artificial intelligence techniques they can generate powerful operational insights from the process data that all industrial production plants produce.

Maaß and his team are working with partners from academia and industry to develop a data system that will flag up potential problems early on and allow a company to initiate remedial measures before things escalate. ‘Our goal is to help companies become more resilient, making them better able to adapt flexibly to a malfunction or disruption and to recover quickly from challenging operational situations,’ explains Wolfgang Maaß. The German Federal Ministry for Economic Affairs and Energy and the participating companies have provided more than ten million euros in funding for the research project ‘Spaicer’, whose acronym stands for ‘Scalable adaptive production systems through AI-based resilience optimization’.

‘Increasing levels of digitalization are making industrial production processes more complex and more complicated. The growing degree of networking both within and between companies also means that it is becoming increasingly difficult to assess the impact of malfunctions or disruptions,’ says Maaß. Artificial intelligence systems are able to analyse and compare the huge volumes of digital data generated in industrial production plants, yielding insights that were previously not available to companies. These systems are able to forecast upcoming machine issues, potential equipment stoppages and how production is likely to be impacted. The researchers are able to link vast quantities of data on their platform, which can then be automatically processed and evaluated.

The more the system learns about the plant machinery involved and about the related business, performance and other parameters – no matter how remote that connection might seem – the better the system becomes at identifying when specific events are likely to occur. It is not unusual, for example, for the vibrational frequency or the temperature of a piece of plant equipment to gradually change as a fault develops over time. By combining this type of process data from sensors installed on a production line with information on maintenance intervals, spare parts and their service lives, reference data from plant machinery operating at other companies, predictive failure analyses and data from supply chain disruption models, AI systems are now able to generate powerful predictive insights, reducing uncertainty and enhancing productivity. Because the status of the plant is being monitored constantly, there is little room for unpleasant surprises.

When these large data sets are analysed using AI methods and a range of machine learning techniques, the system learns how to classify plant faults and which remedial action to recommend. The algorithms compute the concrete measures needed to solve a particular operational problem and the platform then forwards these proposals to the business managers who can then respond by ordering the necessary spare parts or by contacting alternative suppliers early enough to avoid future disruption to the supply chain. The information provided can be used to support a predictive maintenance strategy or to react in the most efficient and timely manner if a fault arises. ‘A company’s confidential operational information is never at risk. But the ability to anticipate likely future scenarios and to take their operational consequences into account boosts the competitiveness and market success of manufacturing companies,’ explains Professor Maaß.

Background
’Spaicer’ arose as a lighthouse project from the national AI innovation competition ‘Artificial intelligence as a driver of economically relevant ecosystems’. The ‘Spaicer’ project, whose full name is ‘Scalable adaptive production systems through AI-based resilience optimization’, has received more than ten million euros in funding from the German Federal Ministry for Economic Affairs and Energy (BMWi) and the companies participating in the project.
The Spaicer research consortium comprises the German Research Center for Artificial Intelligence (DFKI), which heads the consortium, Saarland University, the Machine Tools and Production Engineering Lab (WZL) at RWTH Aachen University, the Institute of Technology and Innovation Management at RWTH Aachen University, University of Freiburg, Darmstadt Technical University, the Otto Beisheim School of Management (WHU), deZem, Feintool, SAP, SCHOTT, SEITEC and SENSEERING. The consortium is also supported by 40 associated project partners.

Preventing production stoppages with AI: Working with partners from industry and academia, Professor Wolfgang Maaß is developing a system for the early detection and rapid remediation of production faults. 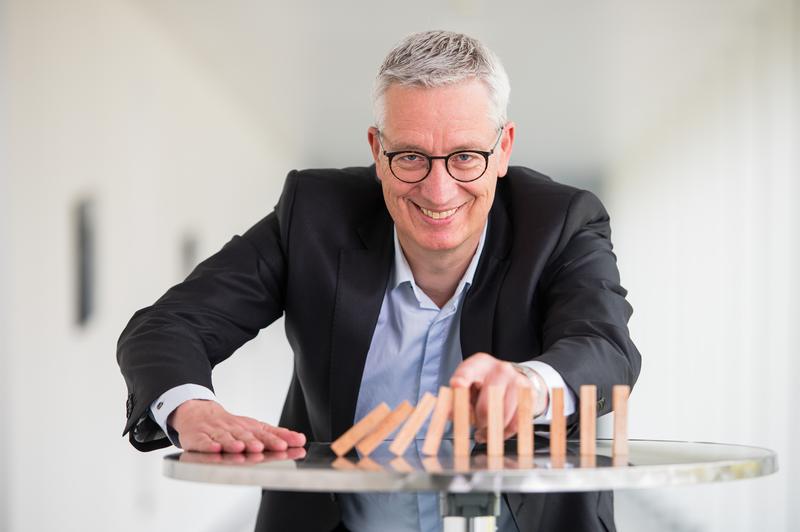 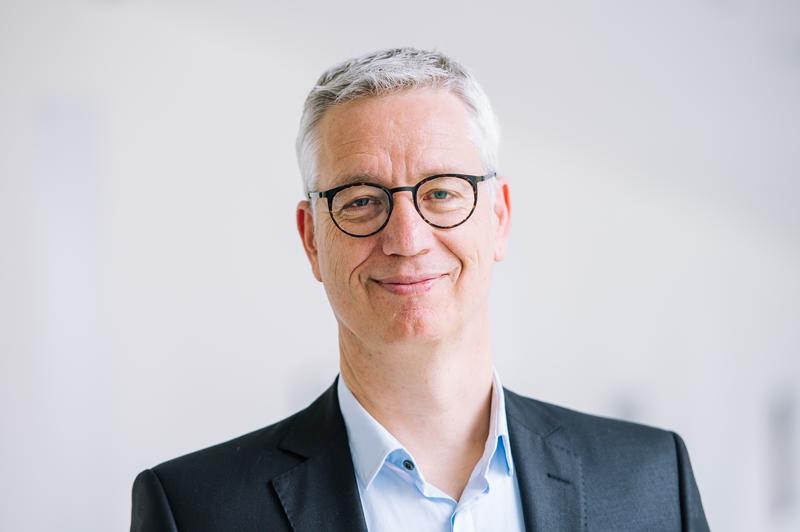