First description of a new octopus species without using a scalpel

An evolutionary biologist from the University of Bonn brought a new octopus species to light from depths of more than 4,000 meters in the North Pacific Ocean. The sensational discovery made waves in the media a few years ago. Researchers in Bonn have now published the species description and named the animal "Emperor dumbo" (Grimpoteuthis imperator). Just as unusual as the organism is the researchers' approach: in order to describe the new species, they did not dissect the rare creature, but instead used non-destructive imaging techniques. The results have now been published in the prestigious journal "BMC Biology".

In the summer of 2016, Dr. Alexander Ziegler from the Institute of Evolutionary Biology and Ecology at the University of Bonn spent several months in the North Pacific aboard the research vessel SONNE. The crew lowered the steel basket to the seabed around 150 times in order to retrieve rocks, sediments, and living creatures. One organism in particular caused a media stir: a dumbo octopus. The animal, about 30 centimeters in size, was found in waters more than 4,000 meters deep. However, the octopus could not be recovered alive: "The deep-sea organism is not adapted to the environmental conditions of the ocean surface," Ziegler explains.

Dumbo octopuses are a group of deep-sea-dwelling octopuses that includes 45 species. The name is based on the flying elephant from the Walt Disney movie of the same name, who is made fun of because of his unusually large ears - the fins of the dumbo octopuses, which are on the sides of the head resemble these elephant ears. However, the dumbo on the research vessel SONNE differed significantly from the known octopus species. "It was clear to me straight away that we had caught something very special," the biologist reports. So Ziegler immediately photographed the unusual animal, took a small tissue sample for DNA analysis, and then preserved the octopus in formalin.

Together with his former master's student Christina Sagorny, Ziegler has now published a description of the previously unknown species. Just as unusual as the octopus was the methodology used. The animals are usually dissected by zoologists, as the internal organs are also important for the description of a new species. "However, as this octopus is very valuable, we were looking for a non-destructive method," explains the researcher.

High-field MRI instead of scalpel

The eight-armed cephalopod therefore did not end up under the scalpel, but in the high-field magnetic resonance imaging system of the German Center for Neurodegenerative Diseases (DZNE) in Bonn. This device is routinely used to image test persons' brains. Thankfully, Dr. Eberhard D. Pracht from the DZNE agreed to conduct a high-resolution scan of the dumbo octopus in 3D. As part of her master's thesis, Christina Sagorny then investigated whether high-field MRI can be used to study internal organs and other soft tissues just as well as through conventional dissection. "The quality is actually even better," Ziegler says.

One of the few exceptions: the beak and rasping tongue (radula) of the cephalopod are made of hard chitin that does not image well using MRI. The biologists therefore also consulted the micro-computed tomography system of the paleontologists at the University of Bonn. This technique showed the beak and radula razor-sharp and in 3D. "These hard part structures are an integral part of the species description of octopuses," Ziegler explains. The researchers also decoded the animal's genetic material to reconstruct the family relationships. Ziegler: "The DNA showed beyond a doubt that we were looking at a species of the genus Grimpoteuthis."

Examination of the reproductive organs revealed the dumbo octopus to be an adult male. Compared to other species of this genus, it displays several special characteristics. For example, an average of 71 suckers were detected on each arm, which the animal needs to catch prey and which reflect body size. The length of the cirri, which are small appendages on the arms that the deep-sea animals presumably use to sense their prey, also differs from species already known.

The web that stretches between the arms, with which the dumbo slowly floats down in the water column, catching worms and crustaceans as if in a bell, also only reaches just over halfway from the mouth down the arms. "The web is much longer in dumbo octopus species that mainly float freely in the water column," Ziegler says. This would indicate that the new species lives close to the seafloor, because otherwise the web would be a hindrance to movements on the bottom.

As the species-describing researchers, Sagorny and Ziegler had the privilege of naming the new species: they decided on Grimpoteuthis imperator - in English "Emperor dumbo". Background: the animal was discovered not far from Japan in an underwater mountain range whose peaks are named after Japanese emperors.

Digital copy of the organism

The combination of non-destructive methods produced a crisp digital copy of the animal. Anybody interested can download it from the online database "MorphoBank" for further research and learning purposes. The preserved octopus itself is kept in the archives of the Museum für Naturkunde in Berlin, Germany. "There, it can then still be analyzed 100 years from now, for example when more modern investigation methods or new questions arise," Ziegler explains. "Our non-destructive approach could set a precedent, especially for rare and valuable animals," said the Bonn-based evolutionary biologist.

No third-party funds were used to conduct the study. 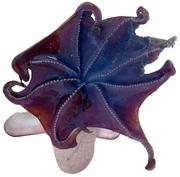 <
The bell-shaped umbrella of the Emperor dumbo (Grimpoteuthis imperator) extends just over halfway do ...

Evolutionary biologist Dr. Alexander Ziegler on board the research vessel SONNE in summer 2016.

<
The bell-shaped umbrella of the Emperor dumbo (Grimpoteuthis imperator) extends just over halfway do ...

The Emperor dumbo (Grimpoteuthis imperator) is about 30 centimeters long. Evolutionary biologist Dr. Alexander Ziegler recovered it from depths of more than 4,000 meters in the North Pacific. 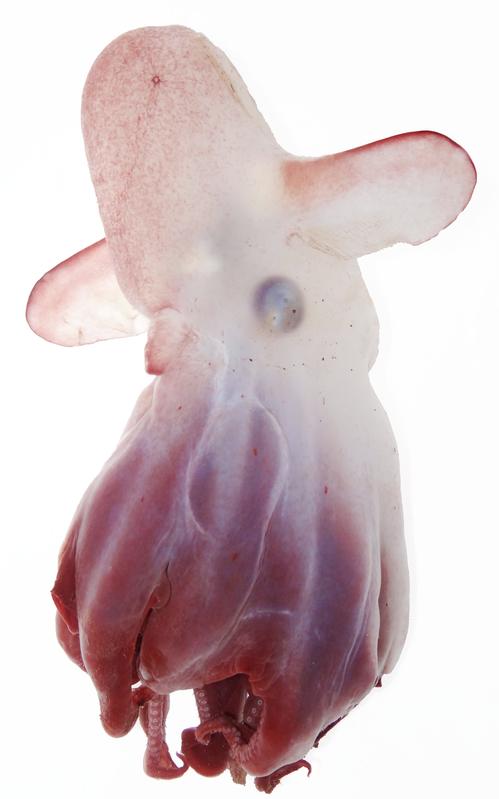 The bell-shaped umbrella of the Emperor dumbo (Grimpoteuthis imperator) extends just over halfway down the arms. This suggests a habitat close to the seafloor. 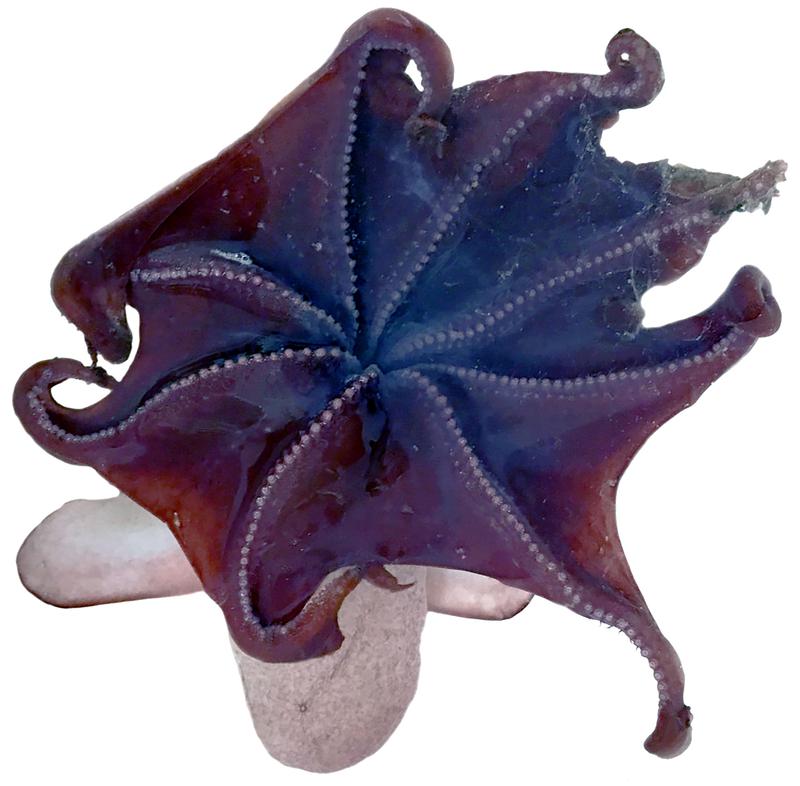