Expanding deserts drove mammals out of Eurasia into Africa

The formation of deserts on the Arabian Peninsula had a decisive impact on the migration and evolution of large mammals and our human ancestors over millions of years. That is the conclusion of a new study by an international research team led by Professor Madelaine Böhme of the Senckenberg Centre for Human Evolution and Palaeoenvironment at the University of Tübingen. The researchers reconstructed the climate history of the northern Arabian Peninsula from 12.5 to 2.5 million years ago using aridity-sensitive data obtained from rocks from Mesopotamia. This yielded new clues about the causes of animal migrations. The results have been published in the journal Nature Communication Earth & Environment.

The evolution of today's African savannah fauna took place in relative isolation over the past five million years. This has been known for some time, as has the fact that the ancestors of many savannah animals such as rhinos, giraffes, hyenas and big cats came from Eurasia. However, what led the animals to make this large-scale change of location between the continents was unclear until now.

The northern Arabian Peninsula is the gateway to Africa. Today, it includes desert areas such as the Syrian Desert, the Negev Desert in Israel and the Saudi Nefud Desert, as well as less dry steppes and semi-deserts in Mesopotamia, the largest part of which is in present-day Iraq. The research team studied the 2.6-kilometer-thick rock layers at the foot of the Zagros Mountains in Iran, on the edge of Mesopotamia, using chemical, physical and geological methods. The researchers found evidence for four brief phases of desertification in Mesopotamia, each lasting only a few tens of thousands of years. These phases, 8.75 mil-lion, 7.78 million, 7.5 million and 6.25 million years ago, were each interrupted by periods of wetter climate. "5.6 million years ago, coinciding with the temporary drying-out of the Mediterranean Sea, Mesopotamia experienced an extreme drought that lasted for 2.3 million years," says Madelaine Böhme. This exceptionally long-lasting period of desert climate – referred to by Böhme's team as NADX (Neogene Arabian Desert climaX) – was only ended by global warming 3.3 million years ago, she says.

Phases of migration and isolation

The research team assumes that these changing and initially short-lived deserts formed in Mesopotamia were the push factor behind the spread of mammals from Eurasia to Africa. By contrast, during the subsequent extremely long-lasting desert phase NADX, the African continent was cut off from migration and exchange with Eurasia for 2.3 million years, she said. "During this time, the Eurasian arrivals gave rise to today's African savanna fauna, and the australopithecids evolved, our human ancestors," Böhme explains. During the global warm period 3.3 million years ago, the deserts in both continents shrank, ending Africa's isolation, and a mutual exchange developed between the faunas of Africa and Eurasia. The first dogs, pigs and sheep appeared in Africa, and the ancestors of the mammoth and the Asian elephant migrated to Eurasia.

"Climatological explanations for two central phenomena emerge for the first time from our study," Böhme sums up. On the one hand, these underpin Böhme’s Out-Of-Europe hypothesis, according to which the ancestors of African apes and humans evolved in Europe, but dispersed south six to seven million years ago, so that their further evolution took place in Africa. On the other hand, this could explain why the evolution of the African savannah fauna, including human ancestors, took place during a long period of isolation.

Zagros Mountains on the edge of Mesopotamia (Iran). 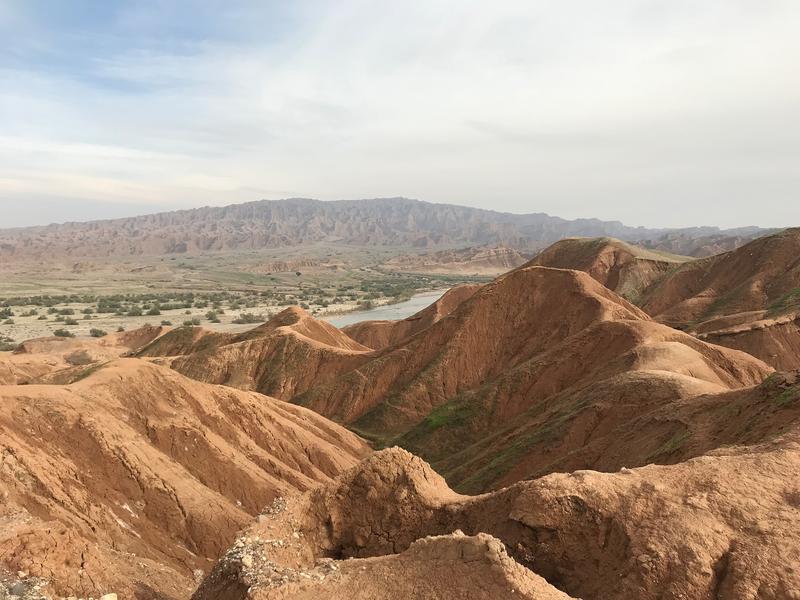 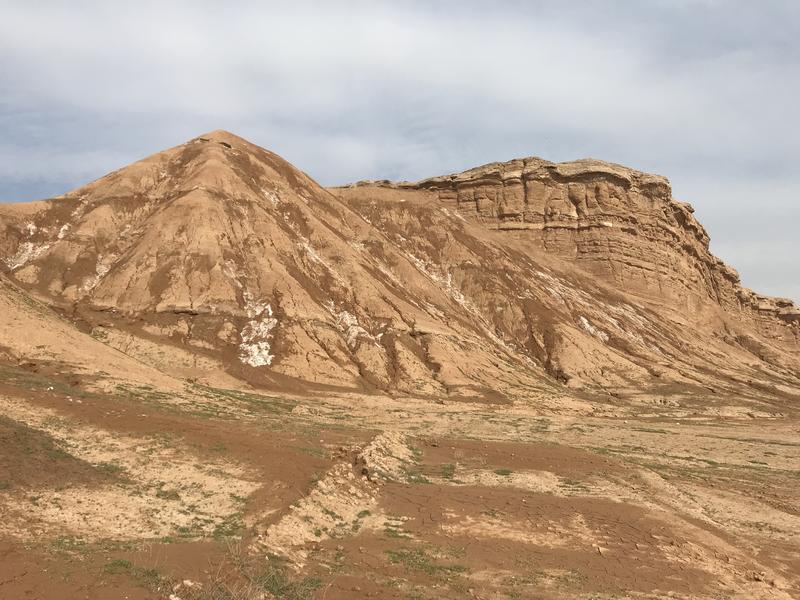