Protection of biological diversity via the Common Agricultural Policy is achievable

Leipzig/Braunschweig/Rostock. In coordination with the EU Commission, a European team of more than 300 scientists has developed recommendations on how the European Union’s future Common Agricultural Policy (CAP) can, within the scope of instruments that have already been adopted, provide a substantial impetus to halt biodiversity loss. The report, written by researchers from the German Centre for Integrative Biodiversity Research (iDiv), the Helmholtz Centre for Environmental Research (UFZ), the Thünen Institute and the University of Rostock will be presented to the EU Commission in a public online symposium on 19 May.

By the end of May, the European Union wants to clarify the conditions in which farmers are to receive future support under the CAP. The tough negotiations between the European Parliament, the Council of Ministers and the EU Commission will be brought to a conclusion in a final “super trialogue”. After all, how to best spend 365 billion euros over the years 2021 to 2027 is a pretty significant issue.
Central to the negotiations is the specific design of the future CAP “Green Architecture”. That is the EU's answer to its as yet failed target of improving the environmental performance of European agriculture; in particular, stopping biodiversity loss on agricultural land. In essence, it comprises three instruments:

(1) Enhanced Conditionality: Farmers must meet higher standards in order to receive CAP payments. For example, part of the farmed area would have to be taken out of production and left fallow for nature.
(2) The existing and well-established Agri-Environment-Climate Measures (AECM),
(3) “Eco-schemes”, a new instrument that will be voluntary for farmers.

“Whether or not Green Architecture can effectively protect and promote biological diversity will strongly depend on the details - that is, how much of a punch the instruments actually have,” says Dr Guy Pe’er, a scientist at iDiv and UFZ. “With conditionality, for example, the decisive factor is what proportion of land, as a percentage, the non-productive area has to be, whether this figure refers to all land or just arable area, and what actions farmers will be allowed to take on these areas.”

Pe’er is first author of a current report in which over 300 scientists from 22 EU Member States made recommendations for the design of the new Green Architecture in the next CAP. For example, they provide guidelines on how the relevant instruments should best be defined, financially resourced and coordinated with one another in order to be effective. The report was developed in coordination with the EU Commission and is the result of 13 workshops and an online survey among experts. It is aimed primarily at policymakers, such as ministry officials from EU member states who will have much greater freedom within the new CAP, but also at officials at the EU itself.

Special focus is placed on the new instrument, Eco-schemes. These will replace the so-called “greening” which was proven fairly ineffective in the previous CAP. Instead of being provided with a rigid set of measures by the EU, Member States will be able to decide for themselves what they want to promote and support. The measures will be voluntarily, namely, it’s for the farmers to decide if they want to participate and be paid for “going the extra mile”. How much influence the EU Commission will have in implementing these measures is part of the current negotiations.

Eco-schemes are intended to link part of the funds from the so-called first pillar of the CAP, which makes up 70% of the total budget, to additional environmental measures. "Eco-schemes can become a very effective instrument," says Guy Pe’er. “Depending on the outcome of the negotiations, the total budget for environmental measures could as much as double. But whether this would work out depends on whether the money will be spent on effective measures”. The European Parliament is currently calling for 30% of the first pillar for the eco-schemes while the Council of Ministers would like to limit it to 20%.

The question of which measures qualify as eco-schemes is still open. Nothing will be mandated by the EU. “It now depends on whether the Member States really want to promote nature conservation,” says co-author Prof Sebastian Lakner from the University of Rostock. “Some measures currently being discussed in the Member States have been evaluated critically by workshop-participants: For example, the measure “Precision Farming” achieves positive environmental effects, but is de facto technology support for large farms that are actually using this technology for economic reasons. This example shows that there is an urgent need to focus scarce CAP funds on effective measures that are worthy of support.”

The researchers emphasise the importance of the instruments complementing each other. They recommend:

• setting high basic requirements for CAP funding through enhanced conditionality; to set aside at least 5% of the utilised agricultural area for non-productive elements and make it available for nature conservation
• the inclusion of a no-backsliding clause; the ecological condition of habitats such as grasslands should not be allowed to deteriorate
• giving high priority to agri-environmental programmes as demonstrably the most effective measures for the protection of biodiversity among CAP instruments
• promoting as Eco-schemes only measures that have proven to be effective, and exclude those that are already being implemented by farmers
• a points system to calculate and remunerate the value and effectiveness of measures
• promoting the large-scale planning of measures and cooperation between farmers, as animals and plants do not see the boundaries of individual farms.

What these points mean in real terms for the individual Member States is very varied. “In our report, experts from various EU countries give specific, tried-and-tested recommendations on how the Common Agricultural Policy can be designed sustainably and efficiently by all parties involved,” says co-author Maren Birkenstock, a researcher at the Thünen Institute of Rural Studies. “It is desirable to see that knowledge is used and that the CAP follows scientific recommendations regarding best practice.”

“Our message is that a trend reversal from biodiversity loss to recovery in agricultural land is achievable, but only if these aspects mentioned are taken into account,” says Guy Pe’er. “Otherwise, the CAP will only continue to accompany a downward trend that is not only undesirable but also risking farming and production”.

On 19 May, the authors will present the EU Commission's report in a public online symposium.

The independent study was created within the framework of the iCAP-BES project and was funded by the German Research Foundation (DFG; FZT-118).

https://www.idiv.de/de/icap-bes/cap-post-2020.html Information about the online symposium

<
Landscapes such as this multiply used and highly structured agricultural landscape in the Weser Vall ...
Sebastian Lakner

Landscapes such as this multiply used and highly structured agricultural landscape in the Weser Valley, Lower Saxony, fulfil many of the features that are necessary from a scientific perspective. 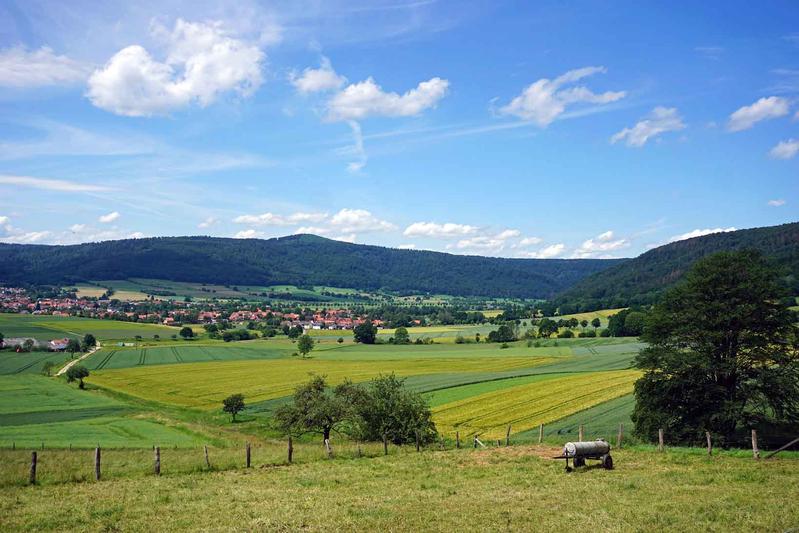