The human brain remembers faces better after a personal meeting than by looking at photos or videos, according to findings by neuroscientists at Friedrich Schiller University Jena. In the current issue of the “Journal of Neuroscience”, the research team led by Prof. Gyula Kovács and Dr Géza Gergely Ambrus have published EEG data which show that the familiarity of a face is anchored measurably more strongly in the brain of the observer if the face is seen in person.

Recognising and remembering faces has been essential to the survival of human beings ever since the emergence of our species. As babies, we already recognise familiar individuals and get to know more people throughout our lives. Recognising our kin, knowing who means us well and who does not – these skills help us in our personal relationships and strengthen the social fabric, today as in the past. An adult will have got to know an average of 5000 faces and will be able to distinguish them from unknown individuals.

“In spite of intensive research, we still know little about how the neuronal representations develop in the brain when someone becomes familiar to us,” says Prof. Kovács. To understand these processes better, the neuroscientist and his team conducted EEG experiments for the current study. They divided participants into three groups. One group was shown photographs of celebrities unknown to the participants. The second group watched a television programme with actors they did not know. The third group talked in person to two members of the lab. The researchers recorded the brain activity of the participants while they were looking at the photos of celebrities, watching the actors on television or interacting with the lab members.

The EEG studies provided important clues as to how representations in the brain change when we get to know a face. After only about 400 milliseconds – less than half a second – there is measurable brain activity over the right temporal cortex, a sign that faces are perceived as “familiar”. However, the extent of familiarity (the amplitude of the signal) depended on the way in which the participants learned the faces. It could be seen particularly strongly after personal contacts, weaker following the television programme, and not measurable after participants had looked at photos.

“When we see a person’s face, we often know immediately whether or not we have seen it before,” says Prof. Kovács, explaining the results. “Our experiments show that this feeling of familiarity is imprinted in an especially strong and lasting fashion after personal encounters.” The researchers therefore conclude that if we really want to get to know each other, we have to meet in person.

<
Model of a human brain, in the background a test person wearing an EEG electrode cap.
Jens Meyer/University of Jena

Model of a human brain, in the background a test person wearing an EEG electrode cap. 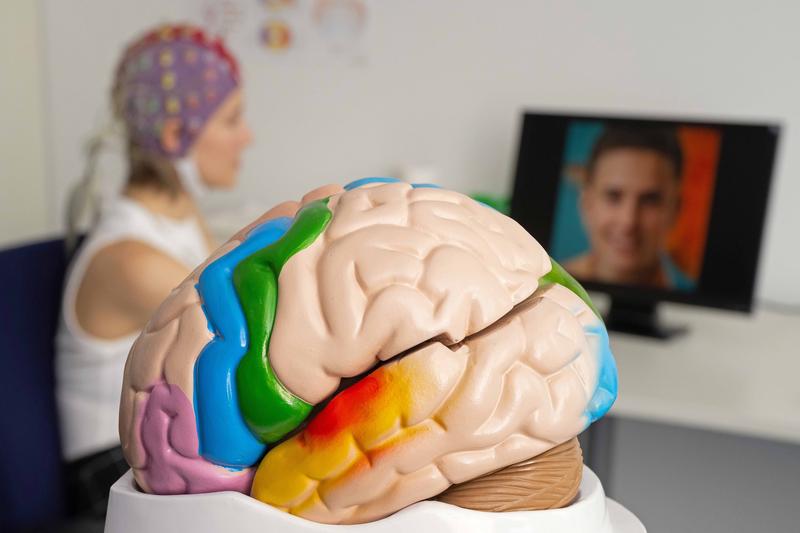 Neuroscientist Prof. Gyula Kovács led the study at the University of Jena. 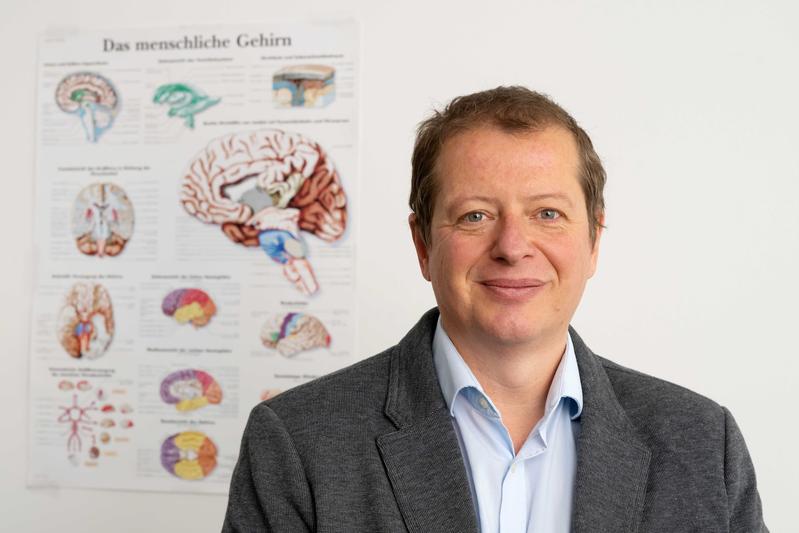