In the majority of insects, metamorphosis fosters completely different looking larval and adult stages. For example, adult butterflies are completely different from their larval counterparts, termed caterpillars. This “decoupling” of life stages is thought to allow for adaptation to different environments. Researchers of the University of Bonn now falsified this text book knowledge of evolutionary theory for stoneflies. They found that the ecology of the larvae largely determines the morphology of the adults by investigating 219 earwig and stonefly species at high-resolution particle accelerators. The study has now been published in the journal Proceedings of the Royal Society B.

The stonefly species Perla marginata leads a "double life": It spends its early years as a larva in European streams. It has gills and hides under stones in flowing waters to prey on other insect larvae. "This stage is mainly spent with taking up energy and growing," says PhD student Peter Rühr from the Institute of Evolutionary Biology and Ecology at the University of Bonn. After several molts, they finally metamorphose into adult specimens that live exclusively on land. They spend most of their time on the shore and fly around in a curiously lumbering fashion to find mates. They still have mouthparts, but during their adult life, which lasts only about two weeks, they hardly consume any food. "They live mainly from the resources acquired in their larval stage," adds Rühr.

What is the importance of metamorphosis in the development of stonefly species and in general? To what extent are the different life stages connected? "These questions are for instance well studied in butterflies," says evolutionary biologist Prof. Dr. Alexander Blanke of the University of Bonn. "Previous results told us that metamorphosis allows for a “decoupling” of life stages so that each stage can adapt well to different environments. In extreme cases, this might even lead to a decoupling of food uptake and reproduction phases." For stoneflies, this means that they primarily feed as a larva and reproduce only on land during the adult stage.

But, although the different life stages seem to be decoupled, this is not the case for all animal groups that undergo metamorphosis. The zoologists at the University of Bonn studied an extensive set of stonefly species and also included the closely related earwigs for comparison. "We chose these two groups because although they are closely related, they show very different ways of life," Blanke explains. Unlike stoneflies, earwigs live exclusively on land and go through many mini-stages shedding their skin several times.

Using particle accelerators at the Karlsruhe Institute of Technology, the German Electron Synchrotron in Hamburg, and the Paul Scherrer Institute in Villigen, Switzerland, the researchers scanned 219 earwig and stonefly species in order to analyze whether adult morphology is correlated with larval behaviour. The synchrotron radiation was the preferred method because it allows extremely fast scans with very high resolution. For the analysis, the researchers converted the image stacks into high-resolution three-dimensional digital models.

The researchers then characterized the shape of the heads and compared them to data on feeding behavior and habitat use from nearly 1,000 scientific publications. They found that the change from the larval to the adult stage in stoneflies is not accompanied by a pronounced decoupling of the two stages. "The head shape of the adult stoneflies is largely influenced by the larvae," Rühr summarizes. "The ecology of the young therefore determines the appearance of the adult animals."

This refines a common thesis in evolutionary research that metamorphosis allows for a decoupling of life stages. "This is still valid for butterflies, but it is not for stoneflies," Blanke says. "A more graded view on the strength of metamorphosis would be strongly advisable." Morphological adaptations during different life stages also occur if metamorphosis is much weaker than in butterflies. Blanke: "For the first time this study sheds light on how strongly successive life stages are coupled in insects without a pupal stage."

<
Peter Rühr from the University of Bonn catching insects in Australia.

<
Stonefly (Dinocras sp.): these insects live as larvae in stream channels and as adults on land.

<
Peter Rühr from the University of Bonn catching insects in Australia.

<
Stonefly (Dinocras sp.): these insects live as larvae in stream channels and as adults on land.

Peter Rühr from the University of Bonn catching insects in Australia. 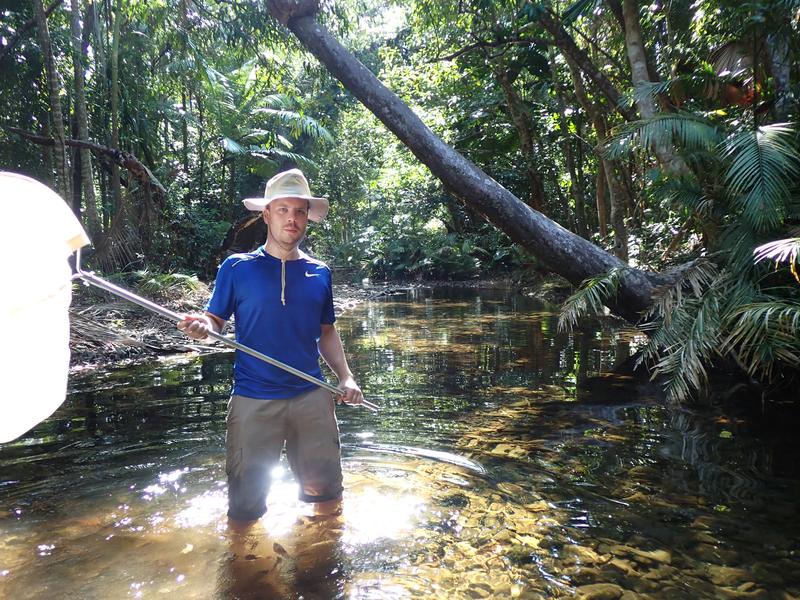 Stonefly (Dinocras sp.): these insects live as larvae in stream channels and as adults on land. 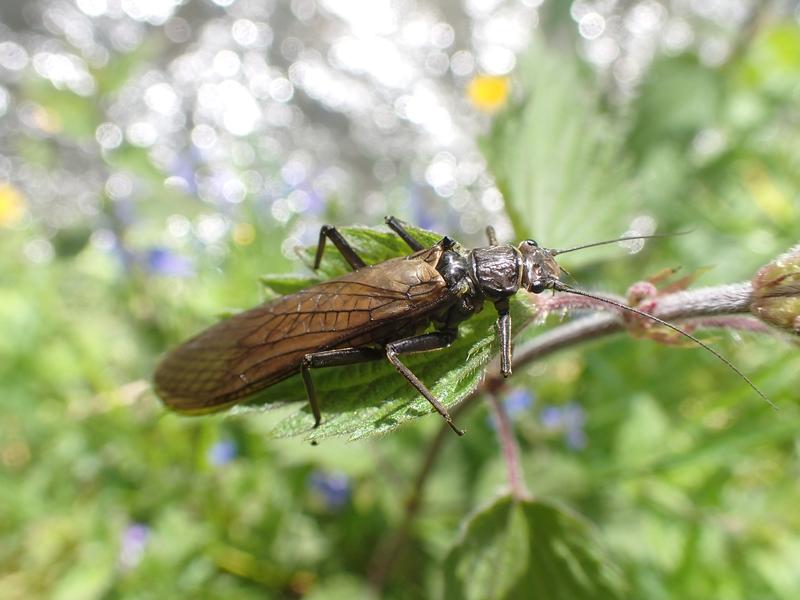