Home > Pressemitteilung: Do I Buy or Not?

Würzburg psychologists have studied the phenomenon of impulse buying behaviour. People who focus on enjoyment act differently than people who play it safe.

You have probably often said to yourself: "This time, I will only buy what I need!“ But then you still ended up coming home with things that were not on your shopping list.

How can you prevent such impulse buying? A team from the Chair of Psychology II at Julius-Maximilians-Universität (JMU) Würzburg in Bavaria, Germany, looked at this question. The answer is not that simple, says psychologist Dr Anand Krishna. It depends on what type of person you are: a pleasure-seeker or a person who focuses on security.

Anand Krishna and his JMU colleagues Sophia Ried and Marie Meixner have published their results in the open-access journal PLOS ONE.

Sometimes you buy spontaneously, out of pure curiosity. For example, there's a treat you've never tried before. Or you want to treat yourself to something. It could be a chocolate bar, a pretty decorative piece for the living room or a great pair of jeans.

Sometimes you're really happy about the spontaneous purchase. Sometimes, you have a guilty conscience: Money is already tight! However, many people manage to suppress the impulse to reach for a chocolate bar. And they do so when they are in a situation in which they are particularly sensitive to risks.

Dr Krishna emphasises that it is not possible to say that certain customers are predisposed to impulse buying. However, the research results so far give a clue as to how people who want to protect themselves from such purchases should proceed.

How to protect yourself from impulse buying

According to the JMU psychologist, people of pleasure are spontaneous by nature. If they are feeling well and are geared to enjoyment, they will spontaneously reach for an article that promises to give them even more pleasure. At the same time, a relatively small impulse is enough for these people to stop themselves from making a spontaneous purchase: "This can be, for example, a small note in the wallet that says 'Stop!' or something similar," says Krishna.

Then there are the security-oriented people. For them, a warning note in the wallet alone would not help. Security people need time. And in general: even impulse buying does not happen so quickly with them. "Does this really taste as good as it looks?" Such thoughts may go through their minds at the sight of a fine chocolate. They also need more time to say "No!" to the treat. It seems to help them more if they look more often at a note saying "No impulse buying today!" when walking through the shop.

The research results are interesting especially since one might actually think that security-oriented people are generally more likely to avoid impulse purchases. But this is not the case. If they are in a positive motivational state, they are just as tempted to treat themselves to something good as pleasure-seekers. The big difference is that no matter what they end up doing, it takes them a tad longer cognitively to act.

These findings arose from a laboratory study with around 250 participants. Two experiments were conducted.

The results are interesting for marketing, but also for consumer protection. "The latter because impulse buying can be a problematic and undesirable behaviour for many people," says Anand Krishna. To help, it is important to know that there are two types of people, that different cognitive processes necessitate different methods to prevent impulse buying, and most importantly, that the current situation plays a big role.

They have honestly earned the reward in the form of a new pair of jeans, the pleasure-seeker thinks - and buys spontaneously, following what is called in psychology a promotion focus. "Let’s say they had ice cream shortly before, so they’re attending to rewards and pleasure anyway, and use the chance to get even more pleasure," explains the JMU researcher.

The situation is different if the pleasure-seeker has just come from a conversation at their bank. Despite their basic orientation towards pleasure, the risks of spending too much money are active in their mind. They suppress their impulse and walk past the great pair of jeans, even without much time for reflection.

Goods that certain customers might gladly buy on one day are therefore left behind on another. This is what the results from the Würzburg psychology department suggest. And this is independent of how they are presented. Because it seems to depend on the emotional state in which the customers enter the shop.

The question of what security-oriented customers do when they have to act under time pressure is still open. For example, if they don't want to buy the chocolate bar because they stood on the scales in the morning and they showed two kilos too much. Maybe they still reach for the candy when they have to hurry to the checkout, because there is not enough time to reflect. But more experiments are needed to clarify this.

The shopping trolley often contains not only what is needed, but also things that are bought spontaneously. Psychologists have investigated how impulse purchases come about. 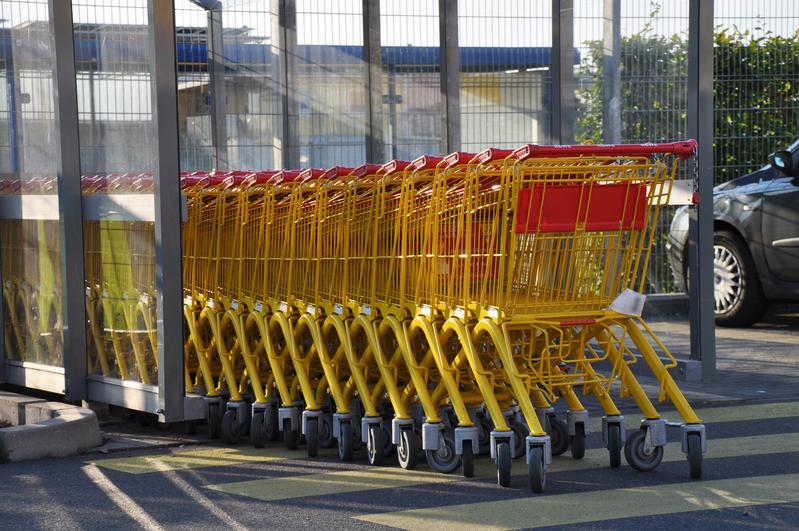