Continental drift not only forms mountain ranges, but also has a great influence on marine life. When the two supercontinents Euramerica and Gondwana began to collide near the equator, a tropical coastal fringe formed between both land masses. The Carnic Alps are witnesses of this ancient ecosystem and bear Austria’s oldest shark teeth.

The Carnic Alps are a popular destination for hiking vacations. If one would travel back in time 325 million years ago, Carinthia would have been a Carboniferous diver’s paradise. Among corals and trilobites, the first prehistoric sharks swam through the depths of the Carinthian Sea. The teeth of these sharks were found between 1989 and 2015 by dedicated fossil collectors and donated to the Natural History Museum Vienna and the Landesmuseum Kärnten, which enabled this new study.

The research team was led by Iris Feichtinger from the NHM Vienna and colleagues from the Natural History Museum Vienna, the University of Vienna, the Landesmuseum Kärnten and the University of St. Petersburg. Viola Winkler (NHM Vienna) visualized the shark teeth as part of the study. The images of the teeth, still half stuck in rock, were provided by the University of Vienna using X-ray microcomputed tomography. This allowed a look inside the teeth showing the internal canals of blood vessels. It quickly became clear that one of the new teeth represents a new shark species, which the team named Cladodus gailensis - after the Gail Valley where it was found.

The Carboniferous period (358 – 298 million years ago) was characterized by drastic climate changes. Ice caps formed several times at the poles, leading to a dramatic sea level drop. In the course of this study, the team around Iris Feichtinger discovered the effects this had on shark diversity. Shortly before the first major glaciation, the changing climate led to a first mass extinction among the prehistoric sharks. After a brief recovery period, a second drastic extinction followed. After the peak of the glaciation, however, melt water from the thawing ice sheets led to the formation of new habitats, which freshwater sharks immediately occupied. "Although fully marine sharks were strongly affected and recovered only slowly, freshwater sharks began to spread rapidly throughout the rivers and lakes of the continents, leading to a significant increase in diversity," says Iris Feichtinger.

3D visualization of the shark-tooth 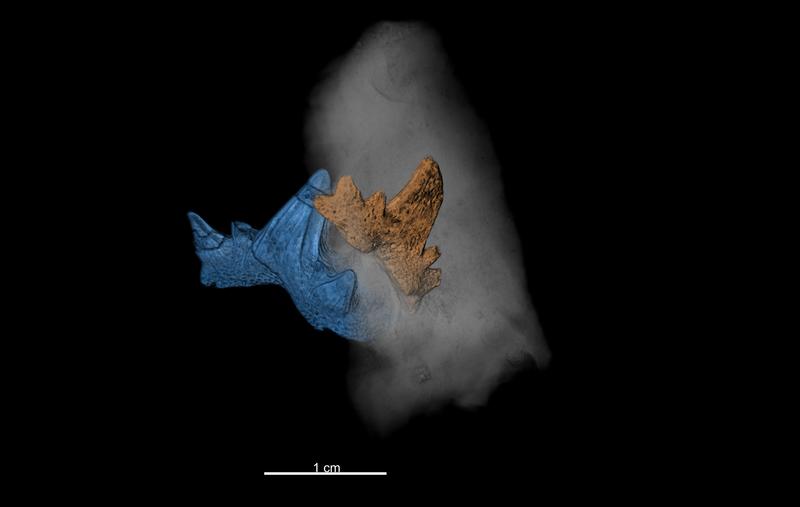