A research team at Jena University Hospital, Schmalkalden University, and Düsseldorf University succeeded in deciphering the activation profile of a membrane receptor occurring in olfactory neurons. Their study presents a complete thermodynamic characterization for the interactions of the four subunits of this ion channel and has recently been published in PNAS. The applied analytical principle can be transferred to other membrane receptors.

As important signal molecules, membrane receptors are involved in almost all life processes. These often complexly structured proteins are located in the outer cell boundaries, the cell membranes, and act like very sensitive antennae. They wait for signals which are arriving in the form of small molecules, so-called ligands, which specifically can bind to a respective receptor. The receptor then changes its structure, and thus its properties. This gives the go-ahead for other signal processes or substance transports in the cell. Membrane receptors are e.g. the docking stations for adrenaline, nicotine, and growth hormone. Their specific binding behavior plays an important role for the understanding of disease mechanisms or for therapeutic approaches with biologically active substances that are chemically very similar to the ligands.

A research team at Jena University Hospital, Schmalkalden University, and Düsseldorf University now succeeded in comprehensively characterizing the activation behavior of a complex receptor. For that, the scientists analyzed an ion channel, which, as a membrane receptor in the nerve cells of the nasal mucous membrane, is essentially involved in the olfactory process. This receptor consists of four subunits, three of which are different. Each of them can be activated by ligands and thus contributes to the opening of the ion channel, which enables the flow of different ions through the cell membrane leading to further signals in olfaction.

In a defined arrangement of the subunits, the binding sites were systematically disabled using molecular biological techniques, resulting in a total of 16 different constellations. The authors measured the current flow on these 16 different channels. “In this way we were able to meticulously quantify the mutual energetic influence of the subunits for each switching step. So, a complete thermodynamic profile was created for the switching behavior of the receptor”, Prof. Dr. Klaus Benndorf, senior author of the paper now published in the Proceedings of the National Academy of Sciences of the U.S.A, says.

In addition to molecular biological methods and functional electrical measurements, the scientists used mathematical analyses with complex Markov models. An elegant mathematical solution for the determination of the numerous constants was suggested by Prof. Dr. Eckhard Schulz from the Schmalkalden University of Applied Sciences: “The activation options of the four-part receptor suggest the structure of a four-dimensional cube. This makes it easy to handle all individual steps."

Finally, molecular simulation specialists, headed by Prof. Dr. Holger Gohlke from Heinrich Heine University Düsseldorf and the Jülich Supercomputing Center, essentially contributed to determining the most likely spatial arrangement of the various subunits by molecular modeling and simulation calculations. Prof. Gohlke explains: "The various arrangements differ in the epitopes between the subunits, which can lead to differences in the mutual energetic influence of the subunits.”

Prof. Klaus Benndorf is clearly impressed that the conceived combinatorial analysis actually turned out to be completely feasible. He considers this a promising approach: “In principle, the strategy described is also applicable for the analysis of other membrane receptors. If these consist of three or five subunits, a three- or five-dimensional cube can be used accordingly. Overall, there is considerable potential for gaining information on how ligands, and thus also potential drugs, can switch such receptors on or off."

A research team led by Prof. Dr. Klaus Benndorf presents a method for a detailed analysis of the switching behavior of complex membrane receptors. 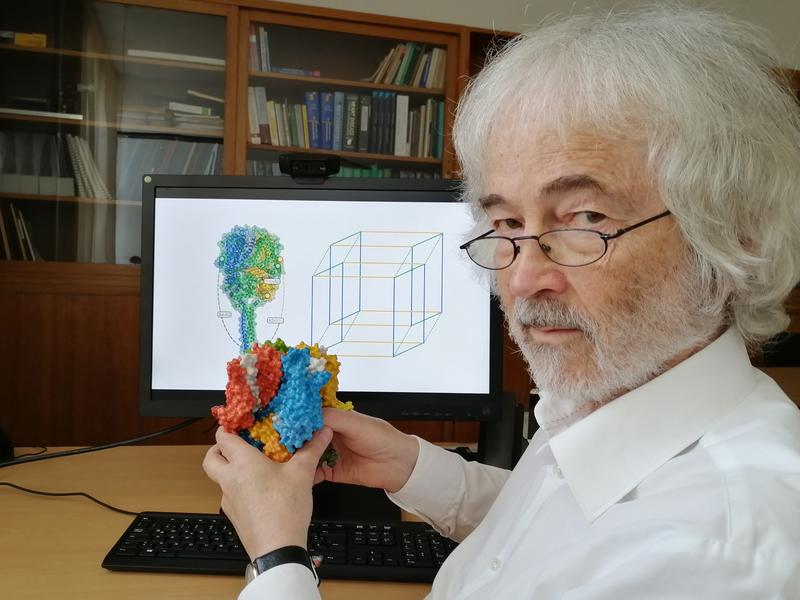