Antibiotic-resistant pathogens have become one of the greatest threats to public health. In just a few years, previously harmless bacterial infections may no longer be treatable and may once again become a leading non-natural cause of death, as they were before the antibiotic era began until the mid-20th century. The causes of this global crisis are increasing resistance rates among bacterial pathogens, which continue to reduce the available repertoire of antibacterial agents. Their origin, lies in the inappropriate and too frequent use of antibiotics in medical practice and in animal husbandry. The basic mechanisms of resistance evolution, i.e. the adaptations of a pathogen to the antibiotic drug, have been well studied experimentally and are an important research field at Kiel University. An important factor in this context, but one that has received little attention so far, is the population size of the respective pathogen. Over the course of an infection with a harmful bacterium, reductions in the number of bacteria - so-called population “bottlenecks” - occur several times. This decimation of the total number of bacteria is caused, among other things, by body barriers against the invading pathogens, the onset of the immune response and also the treatment with antibiotics. "Bottlenecks" can influence the occurrence of random effects and thus the evolution of resistance in the pathogen.

A research team from the Evolutionary Ecology and Genetics group at Kiel University led by Professor Hinrich Schulenburg has now used the example of the pathogen Pseudomonas aeruginosa to investigate resistance evolution under the influence of such bottlenecks in combination with the selection pressure exerted by antibiotics. A central result of the new work is that "bottlenecks" make the adaptations of the pathogen less predictable. Applied to the clinical context, this highlights that individual characterisation of the infectious pathogens might help to choose the most effective antibiotic therapy. The new research results were obtained within the framework of the Kiel Evolution Center (KEC) and the Cluster of Excellence Precision Medicine in Chronic Inflammation (PMI) and were published today in the journal Nature Ecology & Evolution.

The reduction of the population size of a pathogen is an event that occurs repeatedly during an infection. To investigate its consequences for pathogen evolution and thus the evolution of antibiotic resistance, the Kiel research team conducted two sets of evolution experiments and analysed the changes in the bacteria both phenotypically and genetically. "We performed two time-series experiments with the bacterium Pseudomonas aeruginosa and each with different antibiotics with different modes of action. In the experiments, we varied the population size and the antibiotic concentration" explains Dr Niels Mahrt, first author of the study and until recently a member of Schulenburg's research group. "We were able to observe that when the number of bacteria was reduced only slightly, a rapid adaptation to the active substances often took place via similar evolutionary pathways," Mahrt continues. Such an adaptation via similar genetic changes is also called parallel evolution.

However, with a strong reduction in the population size of the pathogen, fewer and fewer of these parallel adaptations were observed. "In the case of particularly strong bottlenecks, the adaptation of the bacteria is strongly influenced by chance. This means that more randomly emerging genetic variants, which offer an evolutionary advantage for the bacteria, encounter only few competing mutations and are therefore likely to prevail," Mahrt summarises. "Taken together, this provides clear evidence that the interplay between bottlenecks of different strength and the selection pressure exerted by antibiotics strongly alters the evolutionary trajectories to resistance and the fitness of pathogens," Mahrt continues. Research into these factors is therefore essential for a complete understanding of the evolution of pathogens and resulting therapeutic options.

The new research results of the Kiel scientists add an additional dimension of complexity to the development of new forms of therapy. The identification of exploitable robust effects such as the so-called "collateral sensitivity", in which the adaptation of a germ to one antibiotic makes it sensitive to a second agent at the same time, is thus made more difficult: according to the new results, the application of such universal principles could be severely limited by the influence of random effects, as the experimental observations on the role of "bottlenecks" suggest.

"One possible answer to this additional difficulty could be to carry out a precise characterisation of the causative pathogens and their potential for resistance evolution in individual cases of bacterial infections," says KEC spokesperson Schulenburg, whose research in the PMI Cluster of Excellence includes individualised antibiotic therapy for chronic lung infections. "Such precision medicine approaches, in which the specific condition of individual patients forms the basis of a possible treatment approach, are costly, but still offer new opportunities in the future, for example in the fight against chronic infections," Schulenburg continues.

Overall, the new study provides important conceptual insights that could form a basis for optimising more precise treatment strategies in the future. These will be based on a more detailed consideration of the individual situation of the patients and focus on specific resistance mechanisms of the infectious pathogens.

https://www.uni-kiel.de/de/pressemitteilungen/2021/166-mahrt-natecoevo-author.jp...
Caption: Dr Niels Mahrt investigated how reductions in the number of germs in the course of an infection influence the occurrence of random effects and thus the development of antibiotic resistance.
© private

<
Dr Niels Mahrt investigated how reductions in the number of germs in the course of an infection infl ...

<
Dr Niels Mahrt investigated how reductions in the number of germs in the course of an infection infl ...

Dr Niels Mahrt investigated how reductions in the number of germs in the course of an infection influence the occurrence of random effects and thus the development of antibiotic resistance. 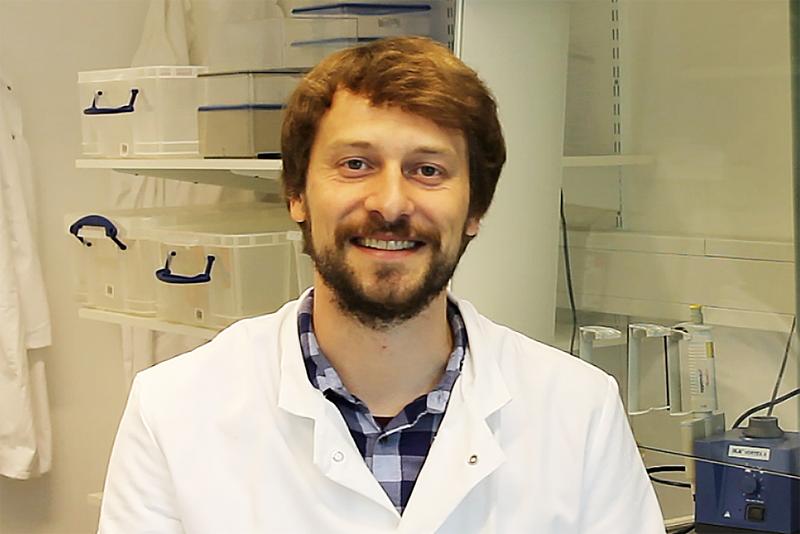