Home > Pressemitteilung: Paddington, is that you? Researchers ...

Paddington, is that you? Researchers spot a “golden” bear while studying endangered spectacled bears in Peru

The number of spectacled bears in Peru might be larger than suspected, a new study in "URSUS" suggests. A team of researchers from Gothenburg University, Martin Luther University Halle-Wittenberg (MLU) and Stony Brook University studied the population of the endangered species in Northern Peru. By identifying individuals through facial patterns, they were able to estimate the population density in the area and identify an unknown hotspot. Intriguingly, the researchers also observed the first "golden" bear.

The spectacled bear Tremarctos ornatus is a shy creature: Little is known about the ecology and behaviour of these animals. They were falsely believed to be nocturnal until the mid-2000s. "Because they are so elusive, it is difficult to study their ecology and to figure out how to protect them as a species," says lead author Wilhelm Osterman from Gothenburg University. However, the spectacled bear is a keystone species of the Andean ecosystem; it is the only bear native to South America and is considered an umbrella species. Protecting it would be hugely beneficial for other species as well. Listed on the IUCN Red List, the bear is threatened to extinction as a result of habitat fragmentation and human-bear conflicts.

During their research stay, the team originally intended to explore the behaviour of the yellow-tailed woolly monkey, a rare monkey that is only found in the Peruvian Andes. "But locals and members of the NGO YUNKAWASI told us that bears had been regularly spotted nearby. That stroked our interest because studying spectacled bears in real time was a unique opportunity," says biologist Julia Osterman from MLU. Working closely with the local community, the researchers developed a protocol to systematically observe the animals in the Copal region, which consists mostly of grasslands and a few scattered forests. On each research trip, the team was accompanied by at least one local guide.

The researchers got lucky and were able to observe the endangered animal on multiple occasions including up to four bears in a single day. When the team spotted an animal, they photographed it and recorded its behaviour and location. The bears were given individual identities based on their facial patterns which served as a basis for calculating the population density for the Copal/Copallin? region. They estimate there are more than 10 bears per 100 square kilometres (38.6 square miles), which is at least double what had been previously established.

Coincidently, the team was able to report another "first". During their fieldwork they spotted one particular individual with nearly golden fur and an uncanny resemblance to the popular children’s book character "Paddington Bear". According to the book, written by Michael Bond (1926 - 2017), Paddington Bear also comes from Peru. Usually, the spectacled bear’s fur is almost completely black. "To see a real-life golden bear with your own eyes is an amazing experience", says Fanny Cornejo from Stony Brook University. However, it remains a mystery why the one individual has golden fur and further investigation would be required.

The researchers point out that their observations may only indicate a local hotspot and it could be difficult to extrapolate the estimates to larger areas. Still, the discovery that spectacled bears appear in clusters could play an important role in their conservation because they are thought to require large territories. "Setting aside large areas for conservation purposes is great but it is often not feasible. Deforestation and increased agriculture due to human activity often make it difficult to create large reserves. Protecting smaller areas is more easily accepted by local communities, which is a really important factor to consider," says Wilhelm Osterman. Therefore, small areas where bears gather for feeding, like Copal, could be tremendously valuable to conservation efforts that go beyond a single species and should be more closely examined.

The golden bear with the uncanny resemblance to Paddington bear 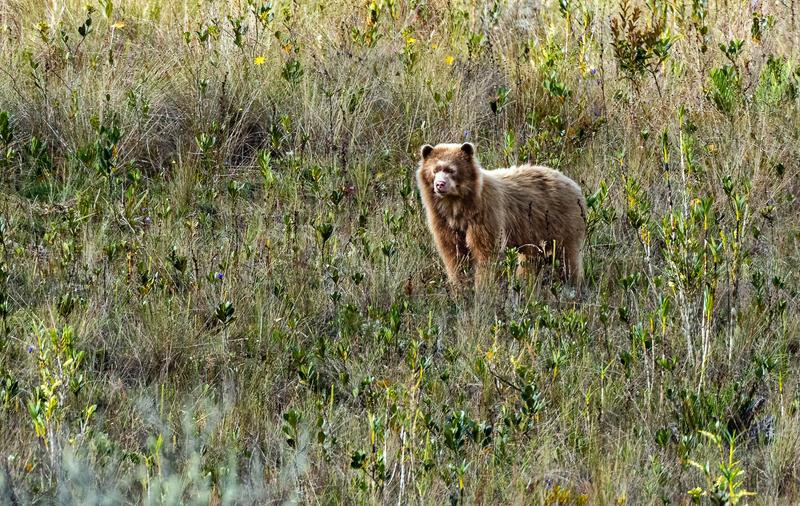 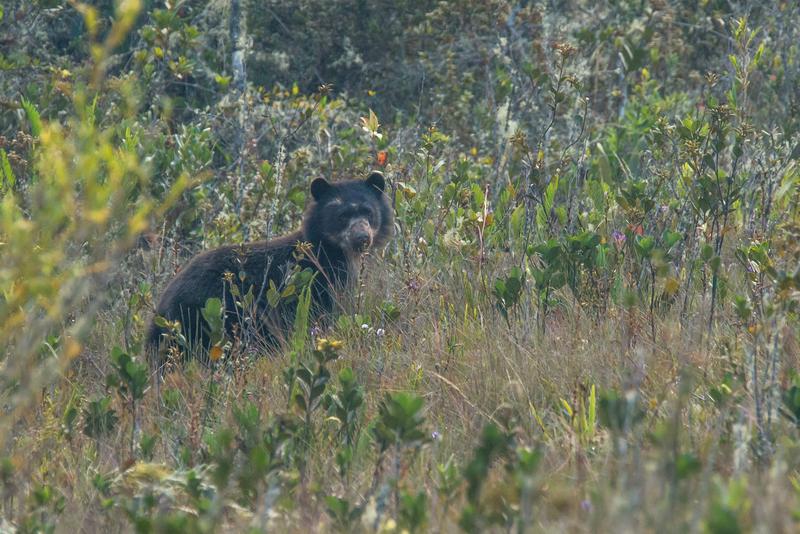