Home > Pressemitteilung: Microorganisms on a voyage of ...

Microorganisms on a voyage of discovery: Physicists decipher movement patterns of unicellular microbes

Many microbes have only very limited freedom of movement in their natural environment. Like in a maze, they are blocked from moving in straight lines in soils or even in the human body. That means, they have to navigate through structures full of curves and edges. In the process, highly directional movement patterns can emerge, as physicists from the University of Bayreuth and Loughborough University in the UK have now discovered. In the journal PNAS, they present their findings, which could be used for the control of microrobots and the targeted delivery of medical agents in the body.

The new study shows that the movements of single-celled living organisms are by no means always as random and poorly targeted as they seem when viewed under the microscope. "A large number of microorganisms live in porous environments, for example in wet interstices in soils. Here, it is difficult for them to find the nutrients they need to survive and reproduce. In the tightly interlocked spatial structures of their environment, they repeatedly bump into walls from which they bounce off. That's why we considered what strategies unicellular microorganisms pursue to explore such complex environments and to find their way through bottlenecks," says Prof. Dr. Oliver Bäumchen, who, with his Bayreuth research group, approached this question from an experimental physics perspective. A research group led by Prof. Dr. Marco Mazza in Loughborough has been working in parallel on the application of methods from theoretical physics.

The scientists succeeded in recreating the structures of microbial natural environments in the laboratory. They created chambers with precisely defined shapes and managed to confine exactly one microbe in each of these chambers. They used microbes of the species Chlamydomonas reinhardtii, which is often used as a model organism in both the life sciences and physics. "We observed how the microbes move through the liquid by the synchronous beating movements of two flagella, and analysed the pathways using statistical physics methods," Prof. Bäumchen explains. The British team created accurate physical models and carried out computer simulations and analytical calculations. "When we analysed the large amount of experimental data and compared it with the simulations, we discovered surprisingly clear structures that matched our calculations almost perfectly," explains Prof. Mazza.

The physicists now deliberately changed the geometric shapes of the chambers in which the microbes were located. The spatial structures ranged from simple elliptical shapes to complicated flower-like chambers. "There was a clear and fundamental relationship between the movement patterns of the microbes and the geometric structures of their environment," says Jan Cammann, lead author of the study and a doctoral researcher at Loughborough. "The more the curvatures of the walls varied, the more concise the directional movement patterns became," adds Dr. Fabian Schwarzendahl, who was also involved in the study and is now a researcher at the University of Düsseldorf.

The experimental-theoretical collaboration between the two physics teams began during their time at the Max Planck Institute for Dynamics and Self-Organisation in Göttingen. "Together, we hope to investigate in the future how not only individual cells, but entire populations of microorganisms explore complex environments - for example, to track down sources of nutrients. It is immensely exciting to look at such living systems with a physicist's eye, and to investigate the special function of physical phenomena, such as swimming movements or even their adhesion to surfaces. Our study, which has now been published, shows once again that not only biological processes but also physical properties can be associated with evolutionary advantages. We wish to explore these connections further," explains Prof. Bäumchen.

His British colleague Prof. Mazza adds: "The movement patterns we discovered, as well as the interplay between geometric structure and directed microbial movement, are potentially valuable for applied research as well. For example, these insights could potentially be used to direct natural microorganisms or artificial microrobots in a desired direction and to deliver pharmaceutical agents to their target in the body."

<
Visualization of the movement patterns of a microbe in a defined environment. The study demonstrates ...

Visualization of the movement patterns of a microbe in a defined environment. The study demonstrates that the movement path of the microbe directly depends on the curvature of the compartment. 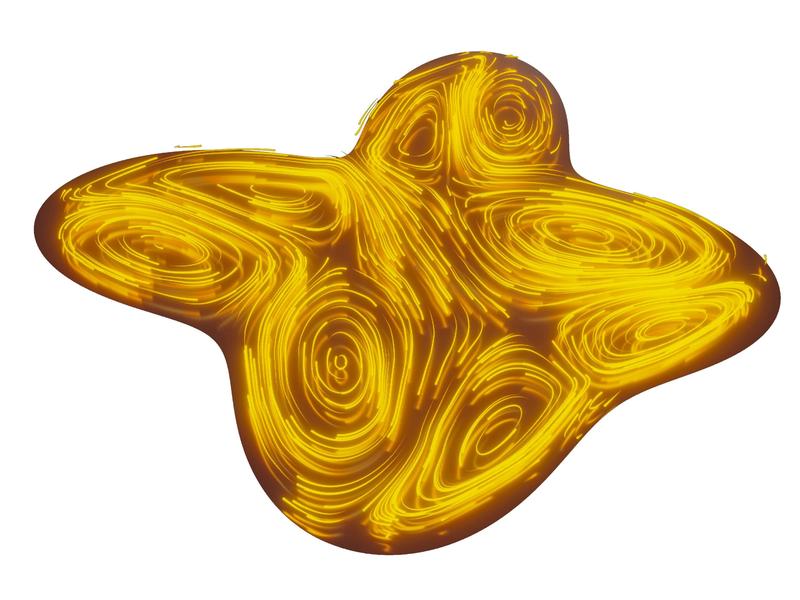 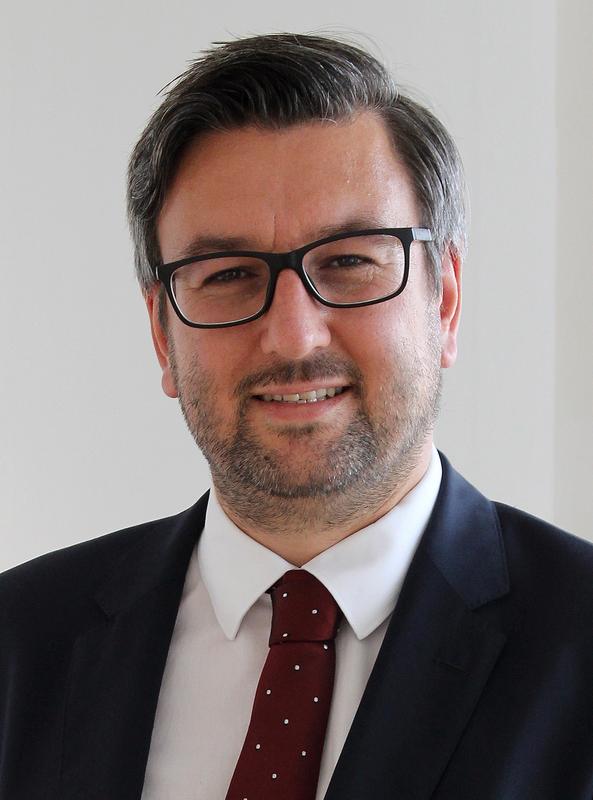