The variability of genetic information within a species is a central basis for the expression of different individual characteristics of its individual organisms. It determines the phenotype, for example, how the external shape or resistance to disease develops individually. At the same time, the genetic variability within a population allows evolutionary adaptation of a species, for example in changing environments. During sexual reproduction, most genetic variability emerges through new composition of genetic information, a process called recombination. Here, the genes of the female and male individuals are divided and recombined in the resulting offspring. This mechanism ensures an almost infinite number of combination possibilities in the offspring.

However, this explanation of the adaptability of species reaches its limits in the case of organisms that reproduce asexually over a long period of time, i.e. in the absence of recombination. Numerous evolutionarily old organisms in marine habitats that are optimally adapted to their environment, such as corals or sea grasses, have to vary their genetic information in other ways because they reproduce by forming initially genetically identical clones. They achieve genetic variability primarily through so-called somatic mutations, i.e. spontaneous genetic changes in body tissue outside the germ line - in sexual reproduction, the latter refers to the development of cells from a fertilised egg cell to a complete organism. In current theory, however, somatic genetic variability is still often regarded as a dead end of evolution, because somatic gene changes in some organisms cannot be transmitted to subsequent generations. In more complex organisms, such as humans, such gene changes often cause ageing processes or diseases, for example the formation of tumours. Researchers at the Kiel Evolution Center (KEC) and the Research Training Group (RTG) Translational Evolutionary Research (TransEvo) at Kiel University are now proposing an expanded concept of genetic variability that contradicts this view and focuses more strongly than before on somatic mutations.

"In the process, beneficial genetic changes can not only be passed on asexually to clonal descendants, but also enter the germline of plants and simple invertebrates such as corals," explains Thorsten Reusch, Professor for Marine Ecology at GEOMAR Helmholtz Centre for Ocean Research Kiel and member of the KEC and RTG TransEvo. In a perspective paper recently published in the journal Trends in Ecology & Evolution, he points out, together with colleagues from the USA and Great Britain, that for a more precise understanding of genetic variability and its effects on evolution, changes in the genome of somatic cells must be considered. This also has implications for the definition of the individual: if descendants of the same clone differ genetically from each other, they can also achieve all the characteristics of biological individuality. These include, for example, metabolic independence, genetic uniqueness and heritability of their characteristics.

Based on extensive genome analyses in previous research, the research team analysed the influence of somatic genetic variations on the course of natural selection. It favours certain advantageous genetic variations and the resulting trait characteristics of an organism, which are necessary for its adaptability and can prevail over the course of generations. In the sense of the current theory of evolution, this ensures the survival of the organisms best adapted to their environment. Many marine organisms, for example very different organisms such as corals or sea grasses, but also fungi on land, reproduce by forming clones. In the process, they also often show different life stages with very different shapes and lifestyles. These stages or modules arise, for example, through budding or splitting off from the original organism and occur independently of sexual reproduction. A key discovery now was that genetic drift also occurs within multicellular organisms. This is what researchers call the random change in the frequency of certain gene variants. Since in clonal organisms only a few somatic cells form the origin of a new offspring, a so-called evolutionary bottleneck is created, which subsequently quickly leads to genetic differences among the descendants that accumulate over time. Natural selection then ensures that the individuals with advantageous genetic variations can prevail and adapt to changed environmental conditions despite clonal reproduction. This is possible because the genetic information of modular organisms consists, figuratively speaking, of a mosaic of original and newly acquired genes. "In addition, somatic gene changes will find their way into the sexual reproductive cycle and thus also influence genetic diversity in many non-clonal organisms. Thus, modular species such as sea grasses or corals have altogether more extensive evolutionary pathways than has often been assumed so far," says Reusch.

As this expanded concept is increasingly confirmed by genomic data, Reusch and his colleagues propose a paradigm shift in evolutionary theory that recognises the effect of selection on modular species at multiple levels. "Sexual reproduction and its influence on population genetics is at the heart of synthetic evolutionary theory. However, to consider it as the sole basis for the origin of genetic variability does not do justice to a large part of multicellular life on Earth," Reusch emphasises. "Somatic evolution is embedded in sexual reproduction and needs to be better integrated into population genetic theory for a large number of clonal species, including plants, fungi and basal animals," he concludes.

In future experimental research, the scientists from Kiel now want to explore, among other things, the possible effects of somatic genetic variability on the fitness of different organisms and determine how the respective selection processes take place in detail in the process. The new perspective work from the KEC thus shows how basic research, conceptual work and translation into application can ideally enrich each other. Overall, the Kiel researchers want to expand the theoretical and conceptual understanding of evolution as a whole in addition to the transfer of evolutionary concepts into application.

About KEC:
The Kiel Evolution Center (KEC) is an interactive platform at Kiel University that aims to better coordinate evolutionary researchers in Kiel and surroundings. Furthermore, under the key term of "Translational Evolutionary Research", specific bridges should be built between fundamental research and practical applications. Alongside the promotion of science, the focus of the Kiel Evolution Center also expressly includes teaching and public relations work. In addition to CAU, there are researchers involved from the Helmholtz Center for Ocean Research Kiel (GEOMAR), the Max Planck Institute for Evolutionary Biology in Plön (MPI-EB) and the Research Center Borstel (FZB), Leibniz Center for Medical and Life Sciences.

About the GRK TransEvo:
The Research Training Group TransEvo is a research training group at Christian-Albrechts-Universität zu Kiel (CAU) funded by the German Research Foundation (GRK 2501). The aim is to investigate and promote the relevance of evolutionary principles to applied problems. Unintended consequences of human intervention often result from actions that influence natural selection, for example the use of antibiotics or cancer drugs in medicine, pesticides in agriculture or human intervention in the Earth's ecosystems. Surprisingly, evolutionary concepts are rarely used to improve our understanding of these applied challenges and to develop new sustainable solutions. The overarching goal of the TransEvo Research Training Group is to train two main competencies in PhD students: using knowledge and concepts from basic research in evolutionary biology to improve our understanding of current challenges in applied fields, and using the newly gained knowledge to enrich our understanding of evolution.

Many marine organisms, for example sea grasses in the Baltic sea, reproduce by forming clones. Their genetic information consists of a mosaic of original and newly acquired genes. 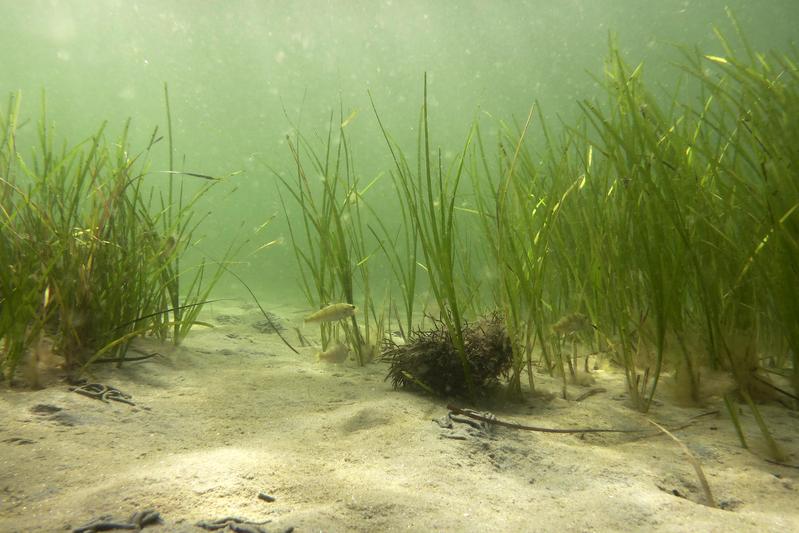