Small molecules with a dual function

Researchers at Friedrich Schiller University Jena have deciphered a molecular mechanism with which a small RNA and a small protein regulate the metabolism of cholera bacteria and the production of the cholera toxin.

The human gut is a multi-species habitat that can control our health and well-being. Bacteria, viruses and microbial fungi are part of this complex microbial community and help us with our digestion and immune defense. If the intestinal flora is impaired, for example by contaminated drinking water or food infected by germs, this can result in infectious diseases. Researchers of the Cluster of Excellence “Balance of the Microverse” at Friedrich Schiller University Jena are investigating how cholera bacteria manage to disturb the intestinal balance and at the same time produce a pathogenic toxin. In the current issue of the “EMBO Journal”, they present a previously unknown molecular mechanism for the production of the cholera toxin.

Central to this mechanism is a small ribonucleic acid (sRNA), together with a small protein. “Small ribonucleic acids and small proteins have often been overlooked in the past, but they play an important role in the physiology of microorganisms,” explains Prof. Kai Papenfort. “The molecular mechanisms by which these small molecules function have so far been only incompletely explored,” continues Papenfort, professor of General Microbiology at the University of Jena.

In their publication, Papenfort and his team were able to show that a single RNA molecule, called VcdRP (Vibrio cholerae dual RNA and protein), intervenes at two distinct levels in the metabolism of the cholera pathogen and thus controls its harmful effects.
“On the one hand, the sRNA molecule contained in VcdRP inhibits the production of the cholera toxin. On the other hand, this small ribonucleic acid also simultaneously takes on the role of a piece of genetic information and encodes the blueprint for a small regulatory protein,” says Papenfort. This protein, in turn, activates a central metabolic pathway that converts dietary carbon into energy and biosynthetic building blocks such as amino acids. “Our work shows that the toxin production and thus the disease-causing properties of the cholera bacterium are directly linked to its metabolism,” says Papenfort.

For the first time, the researchers have been able to identify a sRNA with such a dual function in cholera bacteria. Their findings provide an important basis for developing new ways of combating cholera. At the same time, the new data could be useful in biotechnological applications with microorganisms that use the same molecular mechanism as that of the dual-function RNA. With its research, the team led by Papenfort supports the Cluster’s goal of understanding fundamental mechanisms of microbial communities and developing innovative therapeutic approaches. 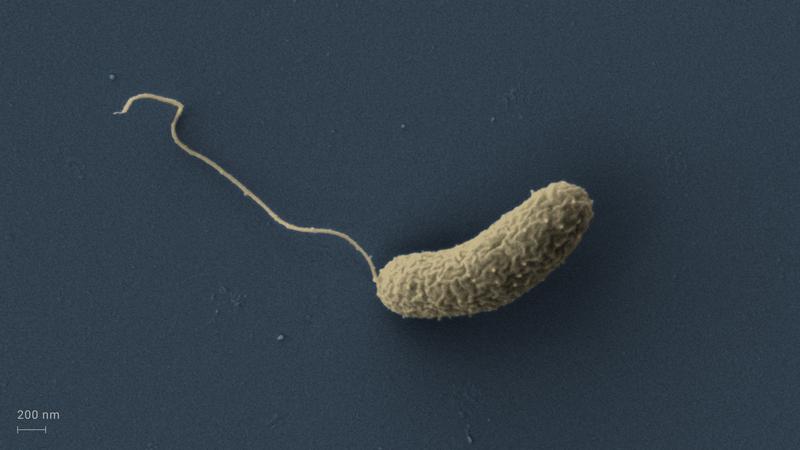