Epigenetics: Immunization is passed on to offspring

Does an infection also affect the immunization of subsequent generations? Researchers at Radboud University (Netherlands) have studied this together with the Universities of Bonn, Saarland (Germany), Lausanne (Switzerland) and Athens (Greece). Mouse fathers who had previously overcome an infection with fungi or were stimulated with fungal compounds also passed on their improved protection to their offspring across several generations. The team showed at the same time an improved immune response being passed on to the descendants. The study has now been published in the renowned journal Nature Immunology.

Not just what is written in the DNA sequence is inherited. Scientific studies show that environmental influences are also passed on to the next generation. One example: children who grew in the womb during the hunger winter of 1944/45 show typical changes in their metabolism as an adaption to food scarcity during development and this is associated with a higher risk of diabetes and obesity.

Epigenetic research investigates such relationships on the molecular level. It examines changes in gene function. "Not all areas of DNA are equally accessible for reading the genetic information," explains Prof. Dr. Andreas Schlitzer of the LIMES Institute at the University of Bonn. For example, if methyl groups block access, the gene cannot be read properly. These associations have been investigated for decades. Transmission of infection resistance to the next generation have been previously shown in plants and invertebrate animals. A research team from the Radboud University Nijmegen (Netherlands), the University of Bonn, Saarland University, the University of Lausanne (Switzerland) as well as the National and Kapodistrian University of Athens (Greece) has now for the first time intensively investigated whether effects of the innate immune system are also passed on to the next generations in mammals.

Infection with fungi trains the immune system of mice

The researchers infected male mice with thrush fungi (Candida albicans). After recovering from the infection, the animals were mated with completely healthy females. The researchers compared the resulting offspring with offspring from pairs of mice that were not infected previously with Candida. In order to investigate the status of the immune system experimentally, the team infected the males of the subsequent generation of mice with coliform bacteria. "The offspring of the male mice previously exposed to Candida were significantly better protected from a subsequent E. coli infection than the progeny of the uninfected male mice," reports Prof. Mihai G. Netea of the Radboud Center for Infectious Diseases. This effect was still evident in the next generation.

How does this transmission of immunization to subsequent generations work? The team examined typical immune cells such as monocytes or neutrophils. No differences were detectable between the offspring of Candida-infected male mice and the non-infected control group. However, in the offspring of the previously infected mouse fathers, the MHC class II complex was upregulated, which activates parts of the immune system. In addition, the activity of genes involved in inflammation was also found to be upregulated in the offspring of Candida-infected male mice. In the offspring of fathers previously infected with thrush fungi, it was found that genes associated with inflammation were easier to read in monocyte progenitors than in sons of uninfected fathers. "This shows that monocyte precursors are epigenetically rewired if the fathers have previously undergone infection with Candida albicans," Schlitzer summarizes.

Shift in gene activity is detectable in sperm

How does the transmission of this information to the next generation take place? In cooperation with Saarland University, the researchers investigated the gene activity of the sperm of mouse fathers infected with Candida. They analyzed the extent to which methyl groups blocked access to genes. "A shift in gene markers was evident here," says Prof. Dr. Jörn Walter of Saarland University. Offspring of Candida-infected male mice showed fewer gene blockages in gene regions important for inflammatory processes and monocyte maturation. How the information about the sperm markings reaches the bone marrow, the birthplace of many immune cells, still needs to be explored in further studies.

"The results have been made possible by the very good and close cooperation of researchers from different disciplines and institutions," emphasizes Prof. Netea. Together with Prof. Schlitzer, the researchers are also members of the Cluster of Excellence ImmunoSensation2 and part of the Life & Medical Sciences Institute (LIMES) of the University of Bonn.

"The study is the first to show in mammals that adaptations to infectious diseases are also passed on to the offspring," Netea says. In contrast to the classical theory of evolution, which assumes slow adaptation through changes in the genetic code, this involves very rapid changes via the epigenetic regulation of gene activities, irrespective of the genetic code. The researchers do not yet know whether the findings obtained in mice can also be transferred to humans. "But we are assuming that this is the case," Schlitzer says. "The immune system mechanisms and cells involved are very similar in mice and humans."

Beyond the Universities of Bonn, Saarland, Athens and Radboud, the University Hospital of Lausanne (CHUV) and the German Center for Neurodegenerative Diseases (DZNE) were involved. The study was primarily funded by the European Research Council (ERC), the Spinoza Grant of the Netherlands Organization for Scientific Research, the German Research Foundation (DFG) and the Swiss National Science Foundation (SNSF). 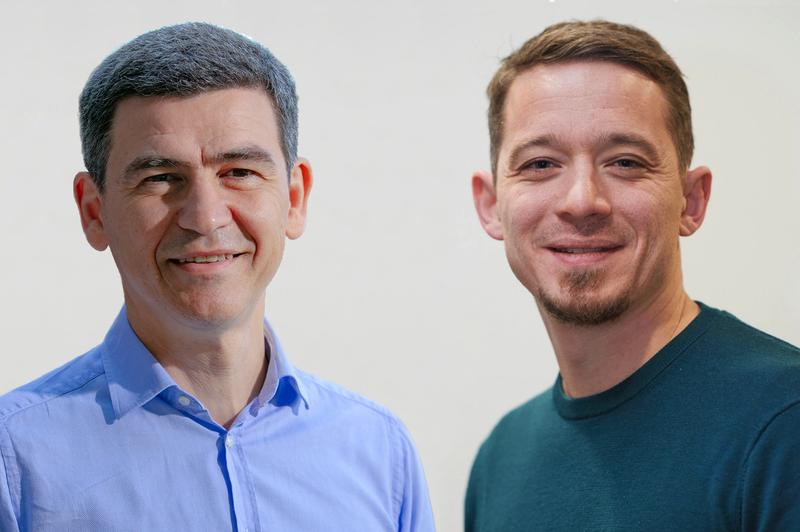