First overview of archaea in vertebrates

Archaea are often mistaken as bacteria, given that both are small, single-cell organisms. However, archaea are as genetically different from bacteria as humans are from bacteria. While archaea are found in most environments, including the human gut microbiome, relatively little is known about them. An international team of researchers from Germany and Austria, led by Nicholas Youngblut at the Max Planck Institute for Developmental Biology in Tübingen, Germany, has compiled the first large scale assessment of archaeal diversity in the vertebrate gut. The study shows that the diversity of archaea in the vertebrate gut is greater than previously thought.

Moreover, the study shows how the relatedness of animals and their diets affects archaeal diversity.

Archaea are the third domain of life, separate from the domains of bacteria and eukaryotes. While bacteria and archaea are both unicellular organisms that lack a nucleus, they are very different in key ways. For instance, archaea uniquely generate methane by consuming the waste products of bacterial fermentation. Unlike bacteria, no pathogenic species of archaea have been discovered, which is a major reason why more attention is paid to bacteria in the animal microbiome. As a result, little is known about the diversity of archaea in the vertebrate gut and what factors influence this diversity.

Like a biological fingerprint, specific groups of microbes colonize the guts of birds, mammals, amphibians, reptiles and fish. In a new paper, researchers revealed how archaea fit into this picture. "We were amazed by the specificity but also diversity of the archaeal species we found in the gut of vertebrates. Among them was the archaeon Methanothermobacter," explained Nicholas Youngblut of the Max Planck Institute for Developmental Biology, who is lead author of the study. "Methanothermobacter is known to occur only in hot environments of about 60 degrees Celsius, so its detection in a large number of different vertebrates was surprising. We saw the archaeal genus particularly common and widespread among birds, which may be due to their higher body temperature of about 40 degrees Celsius or warmer."

A dataset of impressive size and quality

Related studies among animals were not always conducted in such a uniform manner. It was important to the research team to obtain samples from wild animals whenever possible, since the microbiome of captive animals differs immensely from those in the wild. The approach was thus very comprehensive, as the broadest and most complete data possible had to be collected and analyzed to identify and classify the different archaeal communities in wild host vertebrates. "Three-quarters of the samples we examined, which were collected with the support of the University of Veterinary Medicine Vienna, came from wild animals," says Georg Reischer of the Vienna University of Technology's Water and Health Research Center and ICC Water & Health, who co-authored the study. "This is unique and provides us with a comprehensive picture."

Previous work by the researchers has shown that certain gut-inhabiting archaea are heritable, much like eye color or height, indicating that human genetics influences archaeal diversity in the gut. This new work by Youngblut and colleagues expands the evolutionary scale from humans to all vertebrates and shows evidence of an ancient association between archaea and animals. The researchers show that closely related animal species harbor more similar archaea, and certain specific archaea were likely present in the guts of the first vertebrates. In contrast, the same researchers previously showed that diet was a more important factor for bacterial diversity in the vertebrate gut.

Nicholas Youngblut, a group leader in the Department of Microbiome Research headed by Ruth Ley at the Max Planck Institute for Developmental Biology, addresses questions about the ecology and evolution of host-associated methanogens, which are methane-producing archaea. The study is in the direct context of his questions of a shared evolutionary history between humans and gut microbes and the potential for coevolution.

His main focus is to understand how gut microbes have adapted to the gut environment and the impact this has on host health as well. This includes projects focusing on how the evolutionary history and ecology of vertebrates explain variation in the gut microbial community. In addition, Youngblut is addressing questions about the ecology and evolution of methanogens in the human gut. Here he undertakes an integrated use of laboratory work and bioinformatics. The scientists from Germany and Austria believe they have discovered a universally applicable principle with their method that reflects further insight into the evolution and diversity of life.

<
View of an archea colony in the scanning electron microscope. 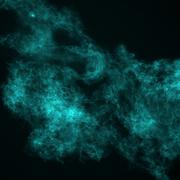 <
View through the light microscope: Methanogenic archaea are fluorescent by nature.

View of an archea colony in the scanning electron microscope. 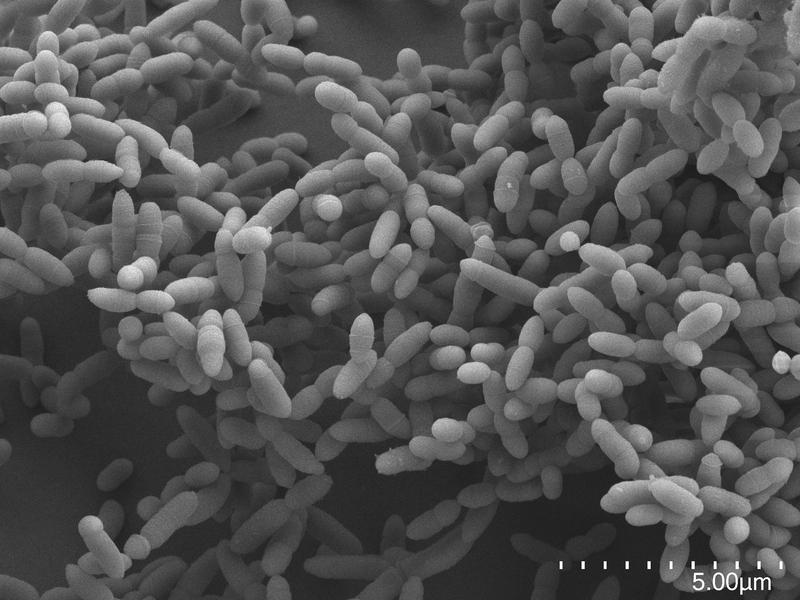 View through the light microscope: Methanogenic archaea are fluorescent by nature. 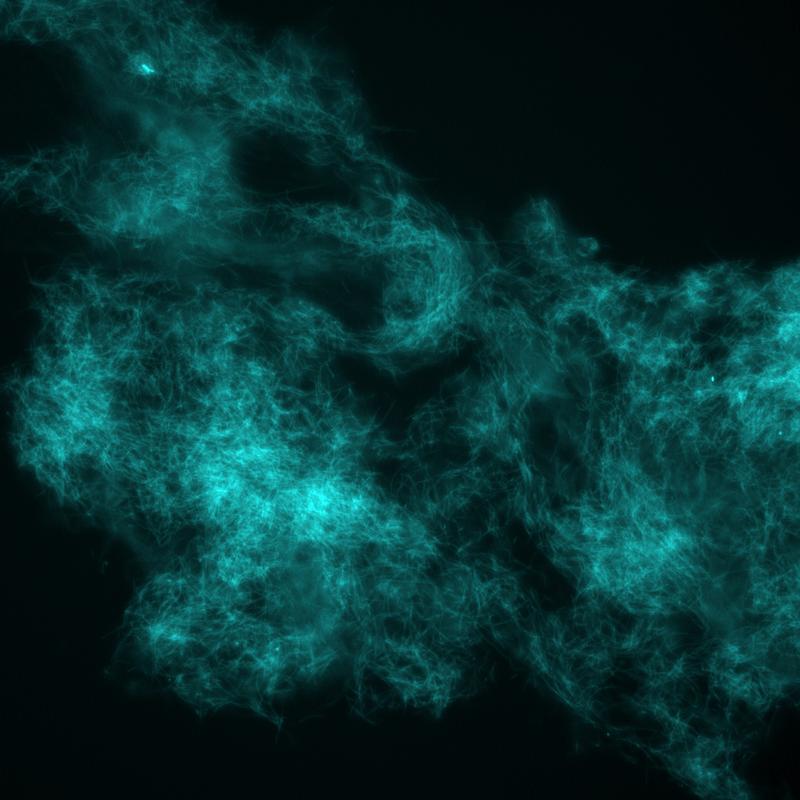