The hub of Africa: Bayreuth study traces tropical origins of the Apocynaceae

Together with a Brazilian research group, a team from the Plant Systematics research group at the University of Bayreuth has been investigating the evolutionary development of Apocynaceae. This family of flowering plants, which is one of the ten largest in the world, originated in the tropics. The African continent played a decisive role in its global spread.

Today, the accelerating decline of biodiversity is the focus of scientific studies worldwide, but the origins of biological species diversity are still obscure in many cases. Biologists at the University of Bayreuth, in collaboration with research partners in Brazil, have now gained insights into the past 80 million years of the Apocynaceae. "We didn't really know anything about the origins of Apocynaceae, whose 5350 known species are distributed worldwide," says Dr. Nicolai Nürk, research associate at the Plant Systematics research group at the University of Bayreuth. "Where did they originate and how quickly did they diversify? How did the dogbane family of plants manage to spread globally? These were the main questions we investigated," explains Nürk.

The researchers used hypothesis testing, a statistical method to test experimentally inaccessible claims and a dated species phylogenetic tree together with distribution data of the plant species to investigate several biogeographical scenarios on the origins and historical distribution of Apocynaceae. "Our results clearly show that the family originated in the tropics about 85 million years ago and that Africa has been a centre and hub for the evolution of Apocynaceae over the last 80 million years." Where exactly their origins lie, i.e. on which of the continents at that time, the researchers could not clearly determine. "This is a common problem with phylogenetic trees that go back so many millions of years - unfortunately, we cannot travel into the past to make direct observations," says Nürk.

At the same time, the current study shows that a successive expansion of geographic distribution and ecological tolerance occurred, closely related to newly evolved functional traits, such as wind-dispersed seeds, and pollen grains transmitted in packets (pollinia) rather than individually. These evolutionary inno-vations enabled the ancestors of Apocynaceae to leave the tropical forest and establish themselves in more open habitats with more variable climates when the global climate became much cooler and drier about 35 million years ago. "Put simply, it was these innovations, along with the newly available habitats, that drove speciation. This led to their global distribution, today's wealth of species, and ecological diversity," explains Nürk. The complex interplay of climatic changes and evolutionary innovations allows Apocynaceae to benefit from global change. "This interplay allows plants to adapt to changing conditions, but usually over periods of many millions of years," Nürk concludes.

<
Adenium obesum – the “Desert Rose”, a shrubby stem succulent in dry regions of Africa and Arabia.
U. Meve
U. Meve

<
Adenium obesum – the “Desert Rose”, a shrubby stem succulent in dry regions of Africa and Arabia.
U. Meve
U. Meve

Adenium obesum – the “Desert Rose”, a shrubby stem succulent in dry regions of Africa and Arabia. 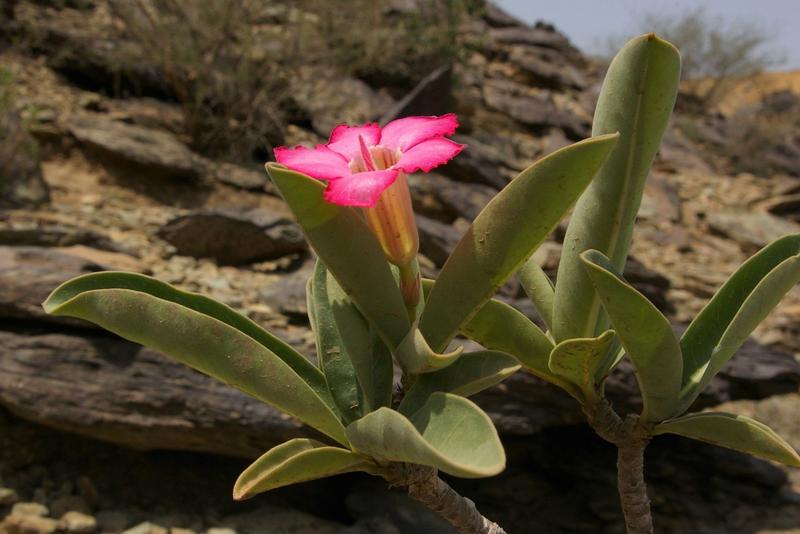 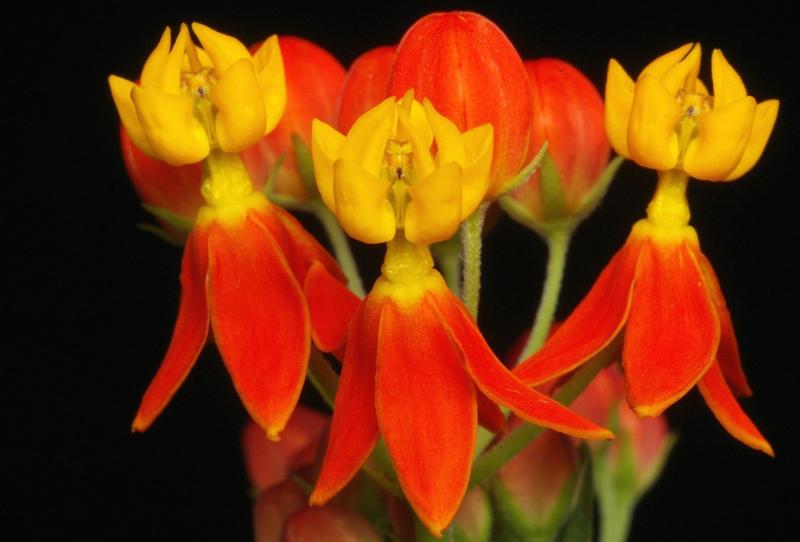